Underperforming Police Tero will be looking to upset the odds and make it out of the Thai FA Cup quarter-finals when they lock horns with high-flying BG Pathum United.

A last-gasp 2-1 Thai League 1 victory over Chonburi at the weekend saw Police Tero bring an embarrassing five-game winless streak in all competitions to a halt (D4, L1). The ‘Silver Shield Dragon’ racked up identical 1-0 triumphs over Khonkaen United and Bangkok United in the previous two Thai FA Cup rounds to set up this tie. Indeed, low scoring has been a theme in Police Tero’s recent competitive matches as 11 of their last 13 outings have featured under 2.5 total goals, with seven of them witnessing one or both sides fail to get on the scoresheet. Therefore, it comes as no surprise that Rangsan Viwatchaichok’s men have gone winless in each of their six league fixtures after conceding the opening goal this season (D2, L4).

On the other hand, Pathum United grabbed a late 2-1 league triumph at Chiangrai United last weekend, making it two competitive wins in a row following a 5-0 thrashing of lower-league outfit Kabi in Thai League Cup action. The ‘Rabbits’ have been ruthless in the Thai FA Cup this season, beating the likes of Muang Loei and Port by the same 2-0 scoreline en route to reaching the quarter-finals. What’s more, since suffering back-to-back Thai League 1 defeats in late November, Makoto Teguramori’s men have gone unbeaten in their last 11 outings across all competitions (W6, D5), netting 2+ goals eight times during that sequence. Another success is well on the cards, as Pathum have won each of their last four away H2Hs, scoring an average of 2.75 goals per game. 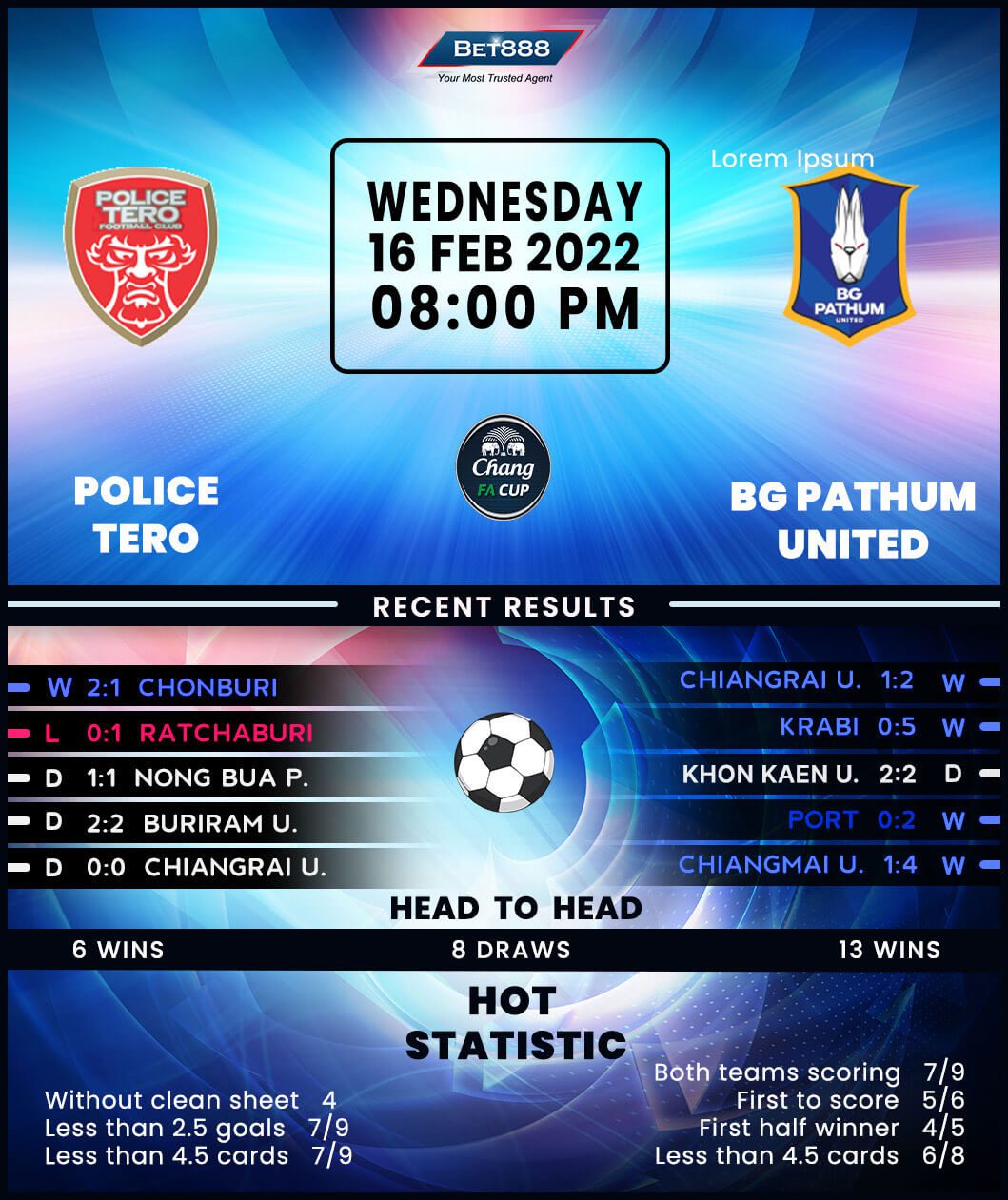