Portugal’s defending European Championship campaign began with an overwhelming 3-0 victory over Group F minnows Hungary, as Cristiano Ronaldo’s brace made him the tournament’s all-time highest scorer (11). The 36-year-old forward has failed to score in any of his four matches against Germany, with only France keeping him at bay on more occasions (6). The ‘Selecao’ head into proceedings in the midst of a purple patch, having lost just once in their last 30 international outings (W19, D9), netting an average of 2.3 goals per game in the process. After winning both of their previous matches ‘to nil,’ Fernando Santos’ men are aiming to post three consecutive victories without conceding for the first time since November 2017. A potential triumph over Germany would see Portugal become only the second reigning European champions to win their first two games of the tournament.

On the other hand, Germany faltered against France in their Group F opener, succumbing to a narrow 1-0 defeat as they go into this encounter having lost three of their last four group stage fixtures at major tournaments. Before that run, ‘Die Mannschaft’ had lost just three times in their previous 24 such contests (W16, D5). But they now face the risk of suffering back-to-back group stage losses at major tournaments for the first time since Euro 2000. However, Joachim Low’s men have been ruthless against Portugal, having won each of their previous four meetings at major tournaments since a 3-0 loss at Euro 2000, including a 4-0 thumping in their last clash at the 2018 World Cup. There was plenty of excitement in that five-game sequence, as it featured an average of 3.4 goals per game. 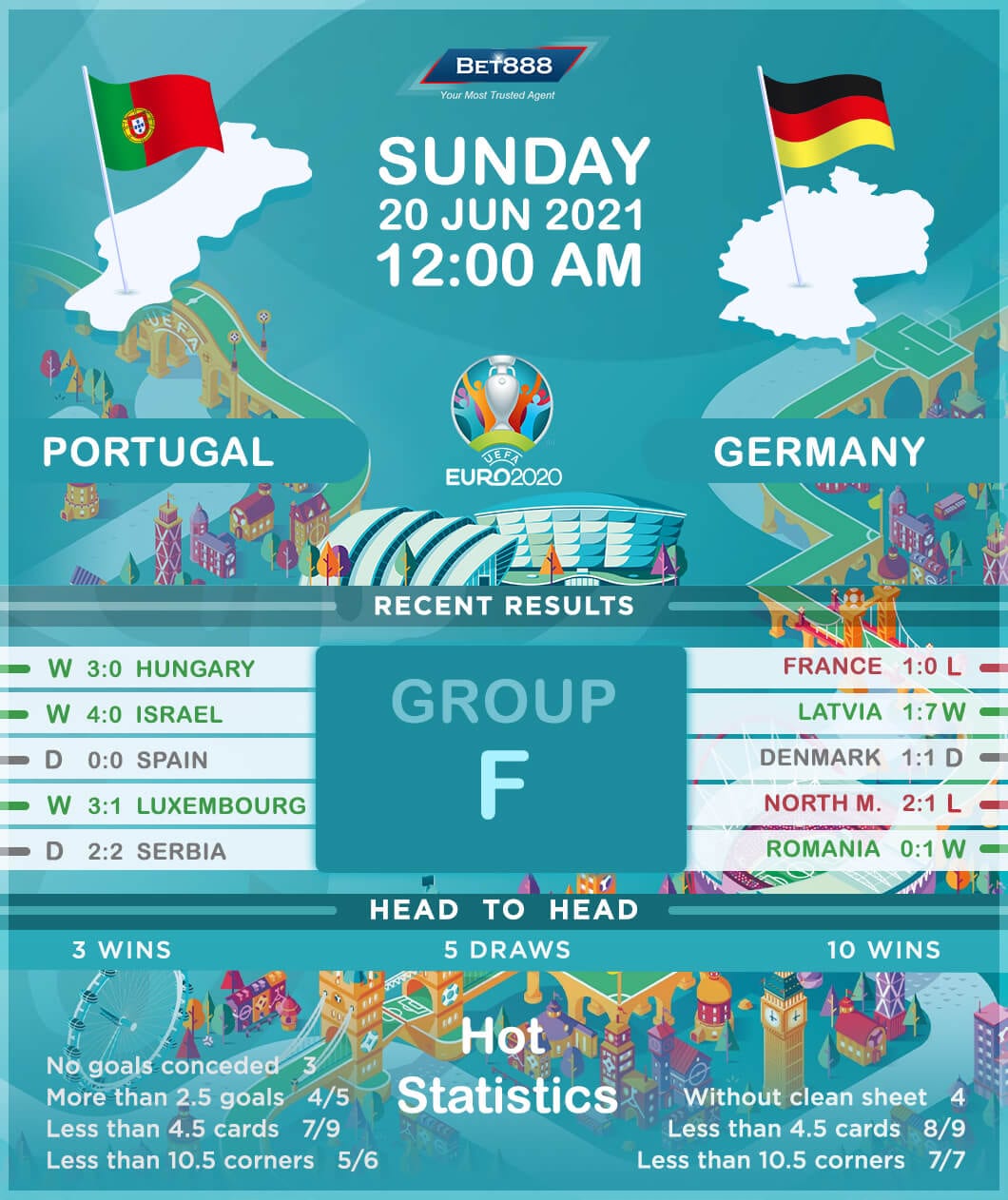