Cristiano Ronaldo’s bid to become the first-ever player to score in five different World Cup tournaments should inspire an underperforming Portugal side in this must-win clash. After picking up just three victories in their last 14 World Cup matches (D6, L5) – all of which came during the group stages – the ‘Selecao‘ have a point to prove in Qatar. Despite being stopped in their tracks by Uruguay in the last tournament’s round of 16, Portugal could advance into the World Cup knockout rounds twice in a row for only the second time in the country’s history. Flying out of the traps would be a welcoming boost, yet the Iberian heavyweights have gone winless in their last three matchday-one contests at the World Cups (D2, L1).

On the other hand, back at the World Cup after missing out on ‘Russia 2018,’ Ghana will be looking to put their humiliating group-stage exit at the Africa Cup of Nations firmly behind them. Upsetting the apple card won’t be a straightforward task, especially as their boss Otto Addo remains the only manager in Qatar working in an interim capacity. Despite finding themselves on the receiving end of a 2-1 scoreline in their only previous World Cup meeting with Portugal in 2014, the ‘Black Stars’ have been scoring at will in the competition. In addition to finding the net in nine of the 12 World Cup matches to date, they’ve troubled the scoreboard in the last four in a row. Scoring here would see them become only the third African side to get on the scoresheet in five straight World Cup outings. 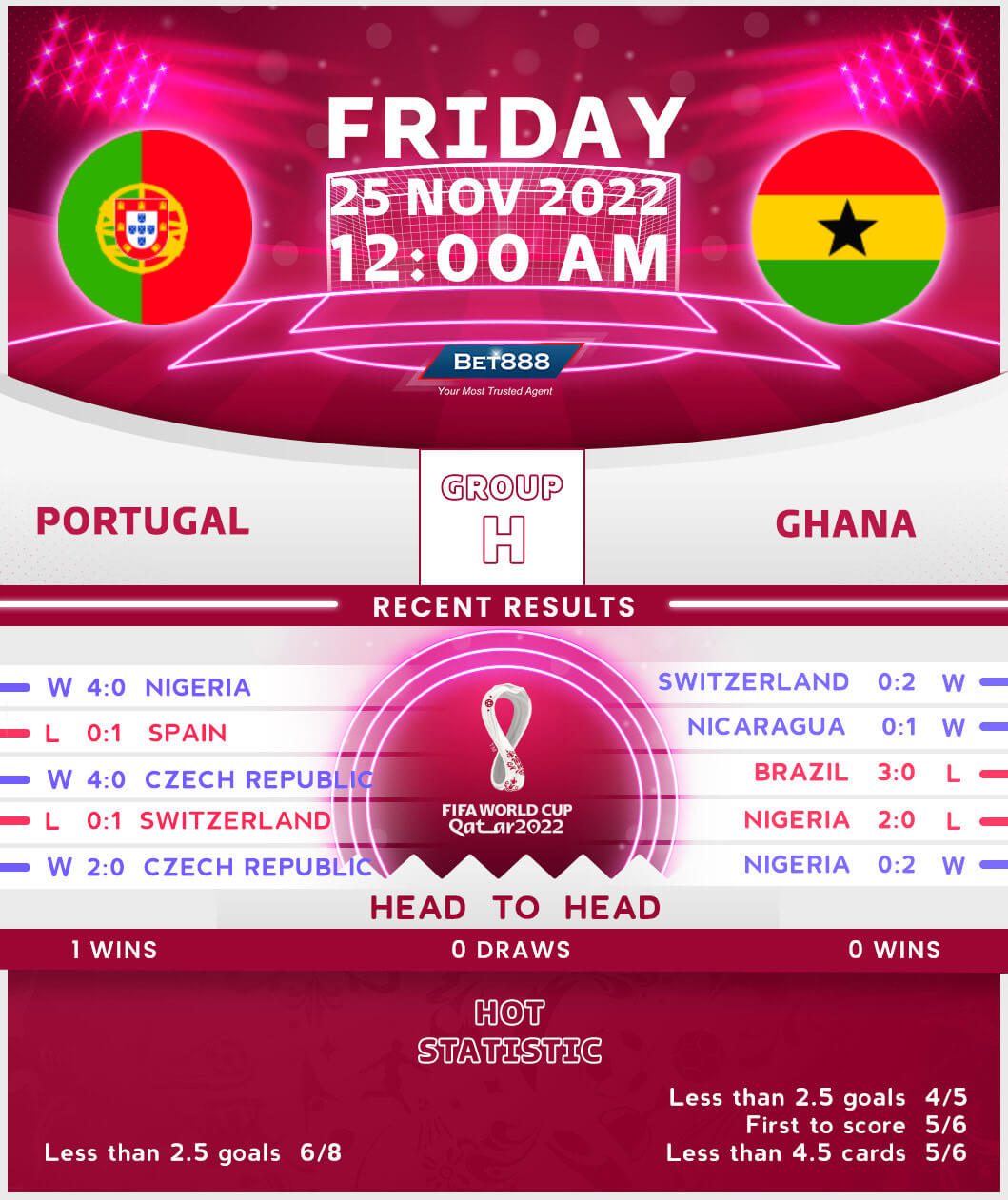