Portugal are set to trade tackles with Turkey at the Estádio do Dragão in the World Cup qualifying play-off semi-finals.

Aleksandar Mitrovic’s last-gasp winner inflicted a devastating 2-1 defeat on Portugal in a World Cup qualifying Group A top-table six-pointer on the final matchday. Having condemned themselves to the dreaded play-offs, the Euro 2016 winners are up against a Turkey side they’ve beaten in all five previous competitive H2Hs, keeping four clean sheets in the process. Moreover, they have netted an average of two goals across their eight international meetings with Turkey overall, conceding an average of one in return. Since completing their disappointing Euro 2022 campaign, Fernando Santos’ men have scored 2+ goals in three of their four home internationals. ‘A Selecao’ will feature in the World Cup play-offs for the third time, and after winning all four play-off legs they’ve played, they should feel confident of reaching the final.

Meanwhile, Turkey finished runners-up to the Netherlands in World Cup qualifying Group G despite winning their last three qualifying fixtures by an aggregate score of 10-2. The Turks enjoyed a stellar away campaign in Group G, having won four of their five World Cup qualifiers on the road, except for an embarrassing 6-1 defeat away to the Netherlands. They bagged 2+ goals in all four Group G wins on hostile turf, with their last two such triumphs yielding the identical 2-1 scoreline. However, it’s worth mentioning that all four of the ‘Crescent-Stars’ abovementioned victories came against nations ranked worse than Portugal, suggesting this could be a Herculean task for the visiting side. Seeking their first appearance at the World Cup finals since 2002, Turkey will be looking to defy the odds, though. 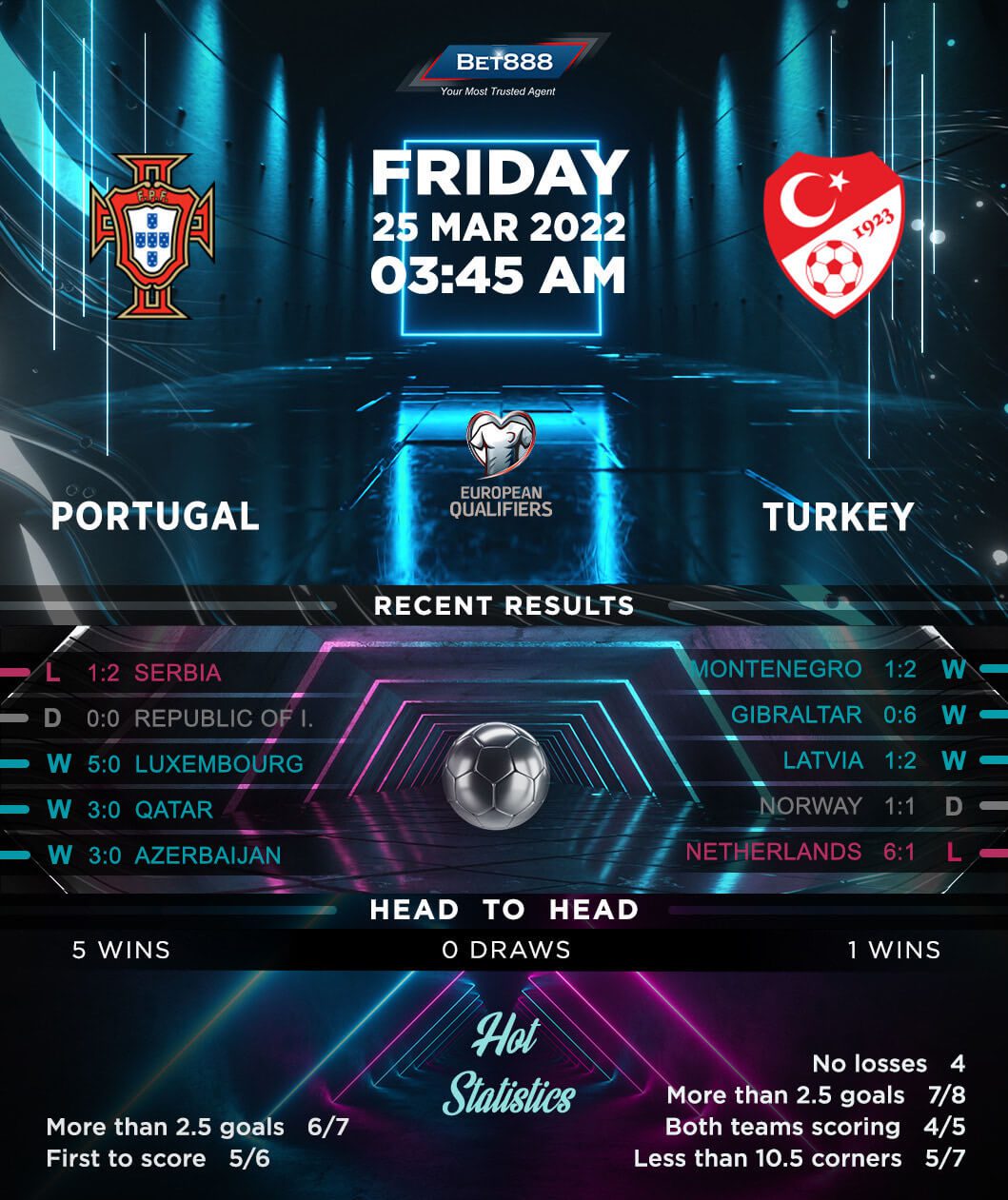