The two favourites to progress from the 2022 World Cup Group H go head-to-head on Tuesday as Portugal and Uruguay face each other at the Lusail Iconic Stadium.

Portugal’s action-packed Group H opener against Ghana made history for a couple of reasons. While Cristiano Ronaldo became the first-ever player to score in five different World Cups, Portugal’s 3-2 triumph marked only the fourth World Cup fixture to feature 5+ goals at full-time following a goalless first half. The ‘Selecao‘ are now looking to win their opening two group matches for the third time at the World Cup, previously doing so in 1966 and 2006 when they incidentally made it to the semi-finals. However, the Euro 2016 winners have registered only one victory in their last nine showdowns against nations from the CONMEBOL federation across all competitions (D3, L5), overcoming Argentina in a friendly back in 2004.

Meanwhile, goals from Edinson Cavani on either side of halftime fired Uruguay to a 2-1 win over Portugal in the 2018 World Cup last-16. Yet, Diego Alonso’s men could only manage a tepid goalless draw with the Korea Republic on day one. It marked their fifth successive clean sheet in the World Cup group stages. Another shutout here would see them set an unprecedented feat in the competition’s history. However, ‘La Celeste’ have failed to find the net in their last two World Cup matches and could make it three scoring blanks on the spin at the tournament for only the second time. Yet the Uruguayans have been victorious in four of their last five World Cup encounters against European opposition (L1)! 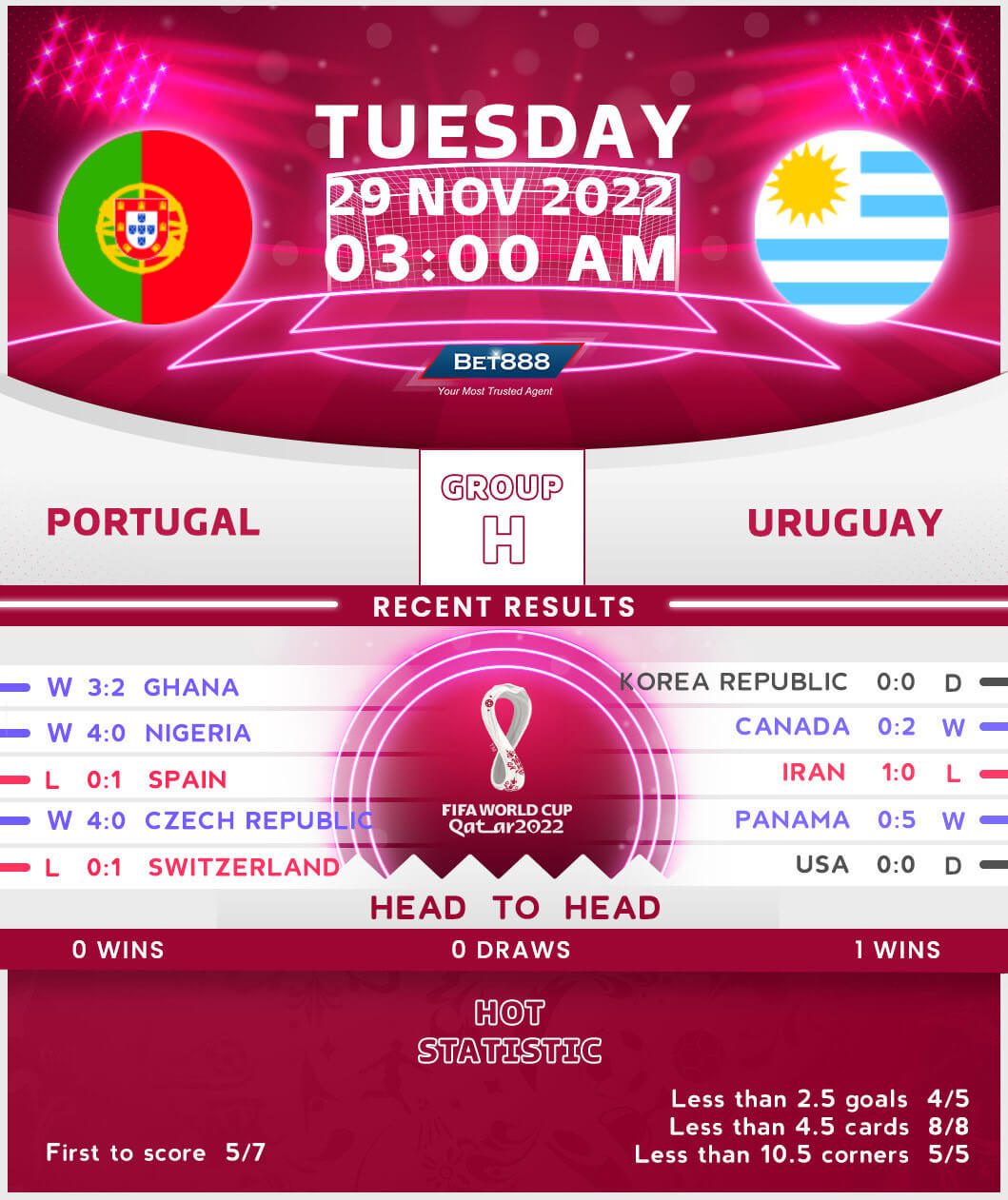