Ligue 1 pacesetters PSG and bottom-half Brest are set to trade tackles at the Parc des Princes.

Despite struggling to fulfil their potential under manager Mauricio Pochettino, Paris come into this matchday harbouring a substantial 11-point lead at the summit. However, PSG have drawn four of their last five Ligue 1 matches (W1), three of which saw them hit back to earn a 1-1 stalemate. Against this backdrop, ‘Les Parisiens’ have been nothing short of outstanding at home this season, winning eight of their nine Ligue 1 home games so far (D1) by an aggregate score of 21-6. Bringing the 2020/21 season into the equation, Pochettino’s men have won 11 of their last 12 home league fixtures (D1) after losing the previous three in a row. Adding to their confidence, PSG have only lost one of their 14 Ligue 1 home meetings with Brest (W8, D4), with that solitary defeat dating back to 1981.

Meanwhile, Brest experienced an embarrassing start to the new calendar year, losing 3-0 to Nice at home last time out to extend their winless Ligue 1 streak to three games (D1, L2). But despite languishing in the bottom half of the table, the visitors are the fourth-best away side in Ligue 1 this season and are unbeaten in their last five league travels on the trot (W3, D2). Interestingly, while both draws in that run of matches featured an identical 1-1 scoreline, each of Brest’s three victories in that time yielded a 2-1 score. Worryingly, though, they have failed to win any of their last nine top-flight meetings with teams starting the day at the top of the table (D3, L6) since beating Marseille 2-1 in 1990. 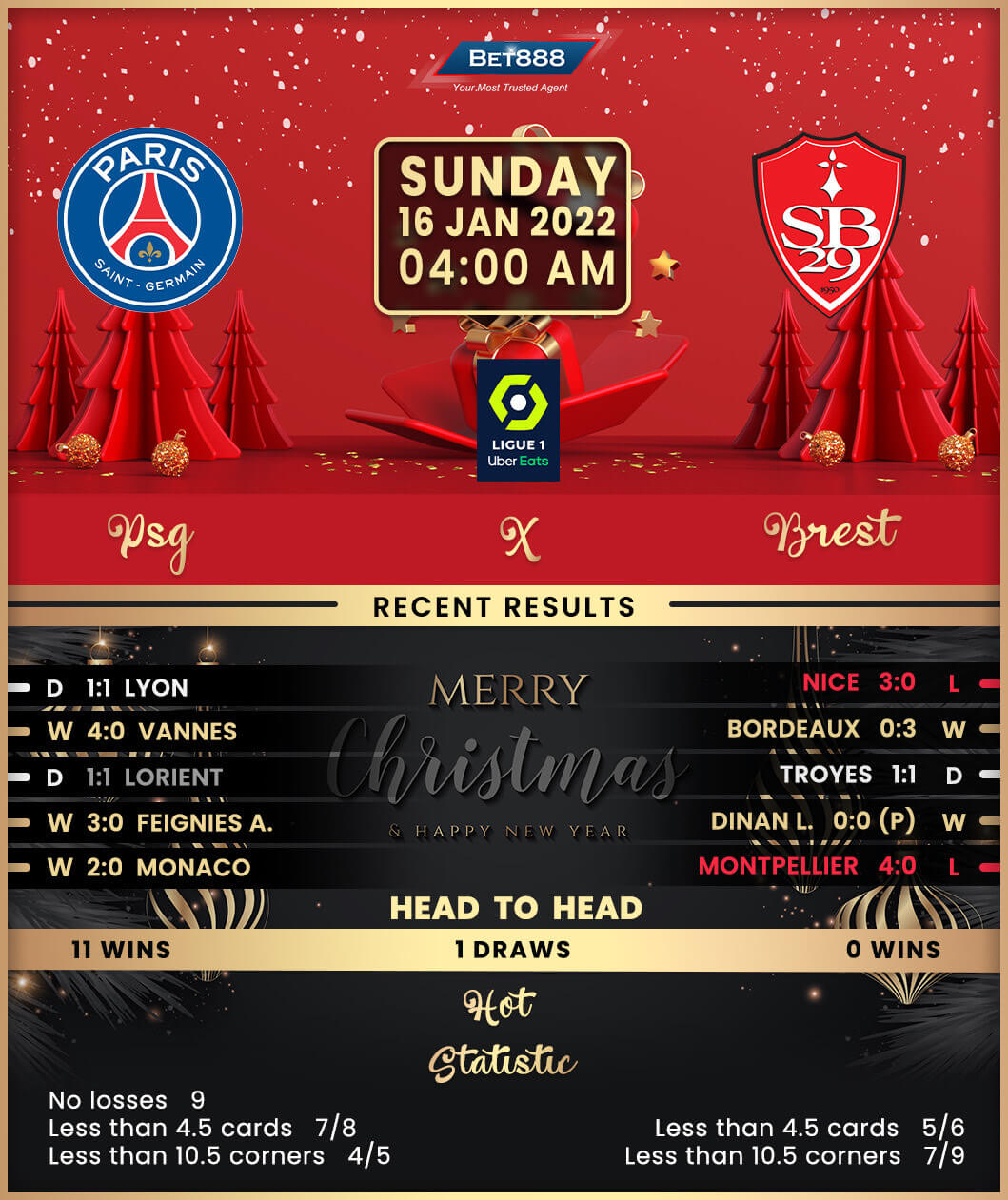