Paris Saint-Germain have no margin for error if they are to retain the Ligue 1 title as they welcome high-flying Lens to the Parc des Princes this weekend.

With four league games left to play, PSG trail top-placed Lille by a point. ‘Les Parisiens’ have gone into overdrive since suffering a 1-0 home defeat to Lille on Matchday 31, winning each of their three subsequent Ligue 1 matches by an aggregate score of 10-4. Following a 1-0 loss in the reverse fixture back in September, the reigning French champions are keen to avoid suffering their first top-flight double to Lens since the 2003/04 season. However, PSG have claimed just two victories in their last ten home Ligue 1 meetings with this opposition (D3, L5), though they won the most recent one by four goals to one. Mauricio Pochettino’s men have succumbed to three defeats in their last four Ligue 1 games at the Parc des Princes (W1), as many as they had in their previous 46 at home in the competition (W39, D4).

Coming into this matchday, the visitors have racked up an impressive 13-game unbeaten run in Ligue 1 (W6, D7), alternating between victory (5) and draw (5) in their last ten league outings. Furthermore, Lens have put together eight consecutive away Ligue 1 matches without losing (W4, L4) en route to setting a record for newly-promoted sides in the 21st century. Interestingly, each of Lens’ last six away league games has seen both teams score, with four of them producing over 2.5 total goals. Home and away, ‘Sang et Or’ have scored and conceded in ten straight Ligue 1 fixtures, returning a +7 goal difference from that spread of matches (GF:20, GA:13). Another bright spot has been their ability to grind out a result after falling behind – Franck Haise’s men have lost only 37.5% of the Ligue 1 games in which they conceded first this term (GP8 – W1, D4, L3). 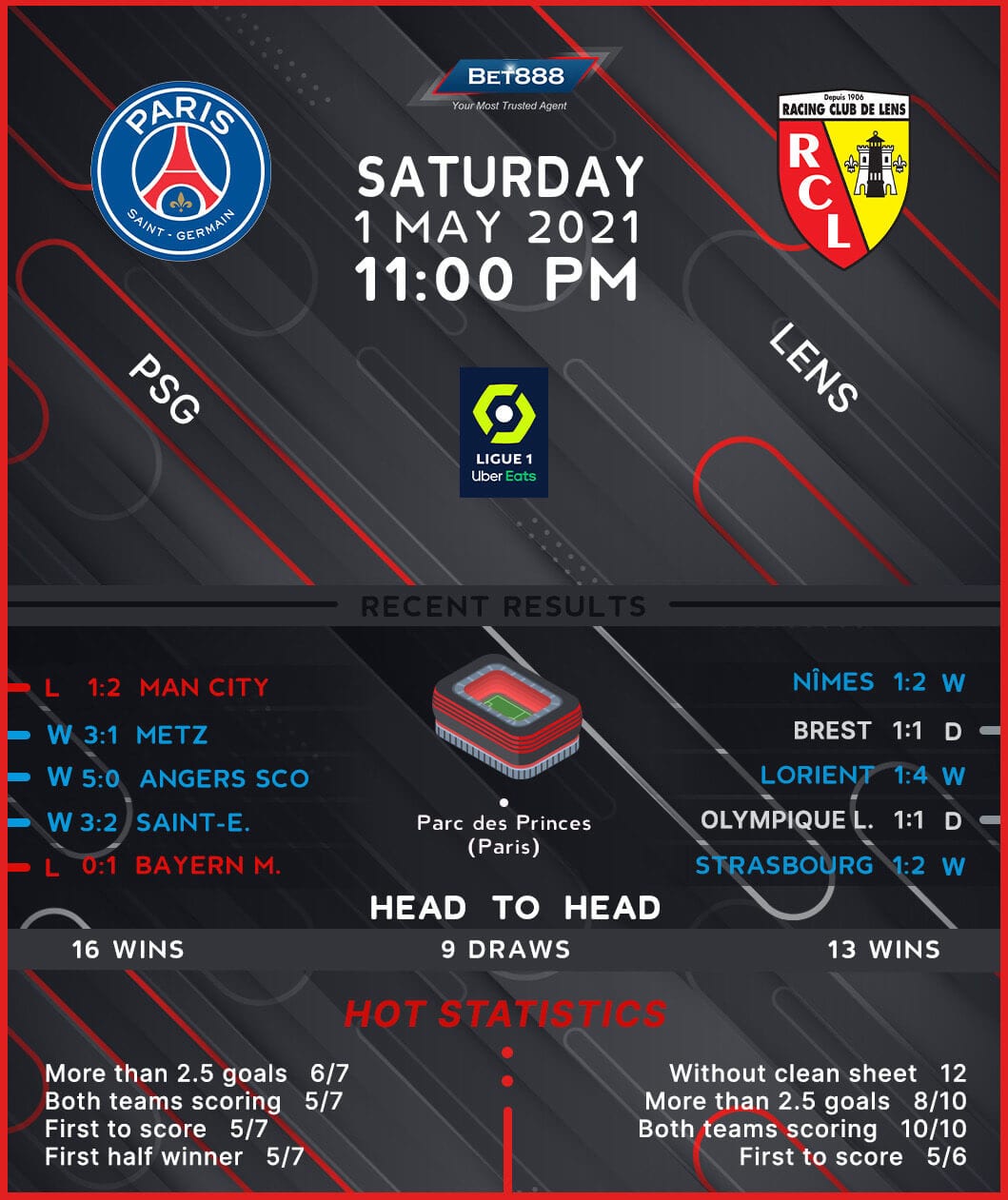