Paris Saint-Germain will be looking to confirm their fourth Ligue 1 title in five years when they encounter Champions League hopefuls Lens at the Parc des Princes.

Since an embarrassing 3-0 defeat at Monaco in mid-March, Paris have racked up a four-game winning league streak to get themselves on the threshold of a record-equalling 10th Ligue 1 title. Another win here would seal the deal for ‘Les Parisiens,’ though this fixture is far from a foregone conclusion. Mauricio Pochettino’s men have registered just one triumph in their last three league meetings with Lens (D1, L1), conceding precisely once on each occasion. However, PSG have netted an intimidating average of four goals per game across their last four Ligue 1 outings, while they’ve bagged a league joint-high 41 home goals this term. Indeed, the runaway Ligue 1 leaders boast a sensational 94% win ratio in home top-flight matches this season (W15, D1), including victories in their last eight league fixutres at the Parc des Princes.

That is unlikely to discourage Lens’ bid to whittle down a three-point distance on third-placed Rennes and land their first Champions League qualification since 2002/03. ‘Les Sang et Or’ will take the field in high spirits after winning their last three league matches by an aggregate score of 7-1, including a 2-1 triumph at reigning champions Lille in their most recent Ligue 1 road trip. However, Lens are winless in their last ten Ligue 1 visits to sides starting the matchday at the summit (W8, D2) since beating Metz in 1998. Snapping a run of five winless Ligue 1 visits to Paris (D2, L3) would see Lens win a fourth successive top-flight fixture for the first time since 2001. Interestingly, each of the visitors’ three away league triumphs in 2022 have yielded the same 2-1 scoreline. 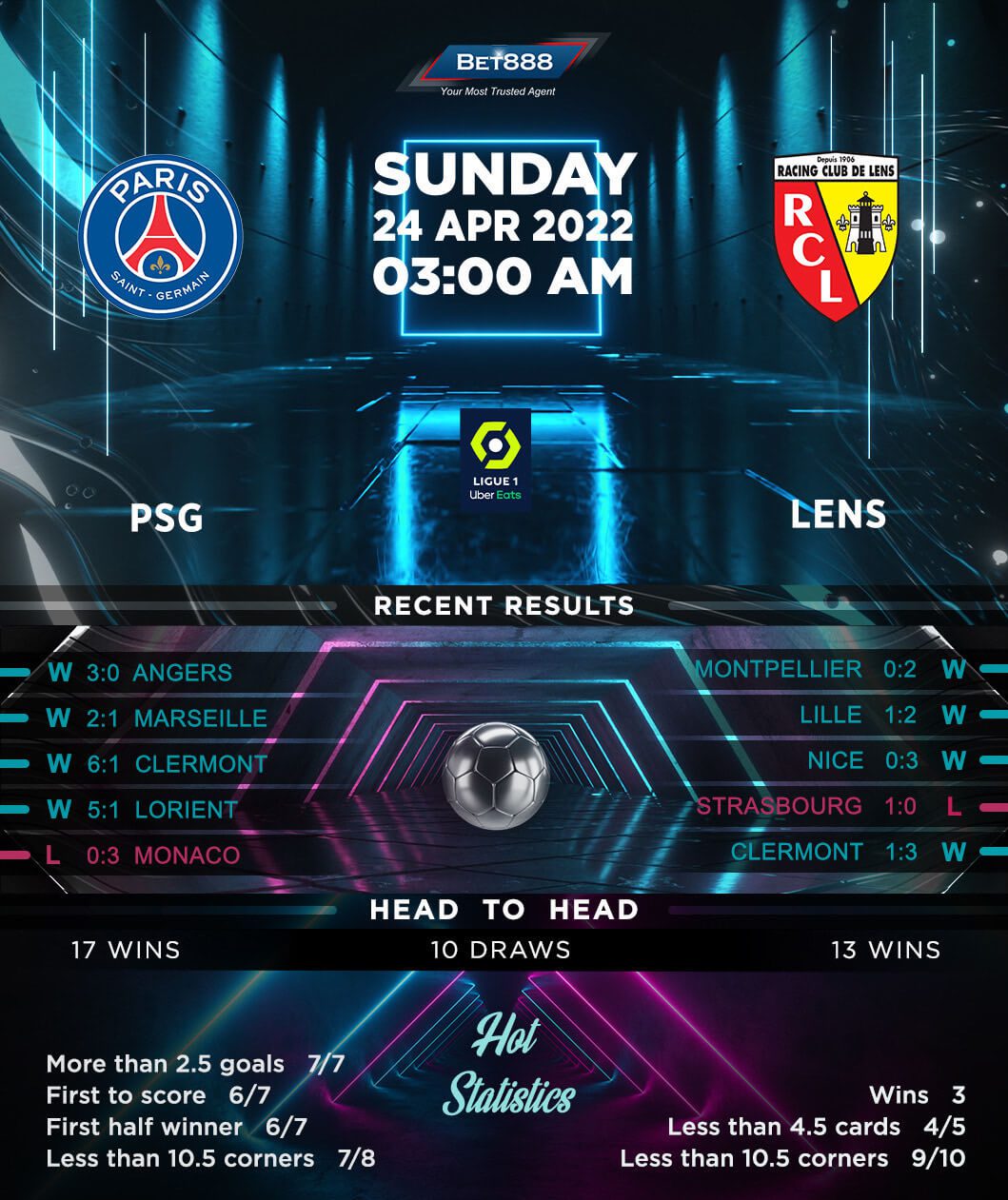