Paris Saint-Germain and Lyon will lock horns at the Parc des Princes in one of the most highly anticipated fixtures on the Ligue 1 football schedule.

An underwhelming 1-1 away draw with Belgian champions Club Brugge in their Champions League curtain-raiser was a setback Paris are looking to overcome against fierce domestic rivals. ‘Les Parisiens’ have been nothing short of outstanding in Ligue 1 this season, having won all five league matches by an aggregate score of 16-5. Mauricio Pochettino’s men have been ruthless at home, scoring precisely four goals in a brace of wins over Strasbourg and Clermont, turning a three-game losing Ligue 1 streak at the Parc des Princes into a five-match winning run in the process. Indeed, none of PSG’s 12 league fixtures at home this calendar year have ended as a draw (W9, L3), as has been the case in their last six top-flight H2Hs as hosts (W5, L1). Delivering action from the onset, Paris have scored 2+ first-half goals in both home Ligue 1 outings this term.

In the meantime, Lyon have needed some time to hit the ground running in Ligue 1 this season, going from a three-game winless league start (D2, L1) to back-to-back victories. ‘Les Gones’ will have to produce something special to extend that winning streak here, given that they’ve won just 31% of their overall Ligue 1 meetings with Paris (26/84). Additionally, they have outplayed PSG just once across their last 13 top-flight H2Hs at the Parc des Princes (D2, L10), courtesy of a 1-0 win in 2020/21. However, Peter Bosz’s side can draw some confidence from an impressive away form since the start of last season, having suffered just two defeats from their 21 Ligue 1 trips in that time (D7, L12). Curiously, Lyon have defeated PSG on more occasions (5) than any other French team since the Qatari takeover in 2011. 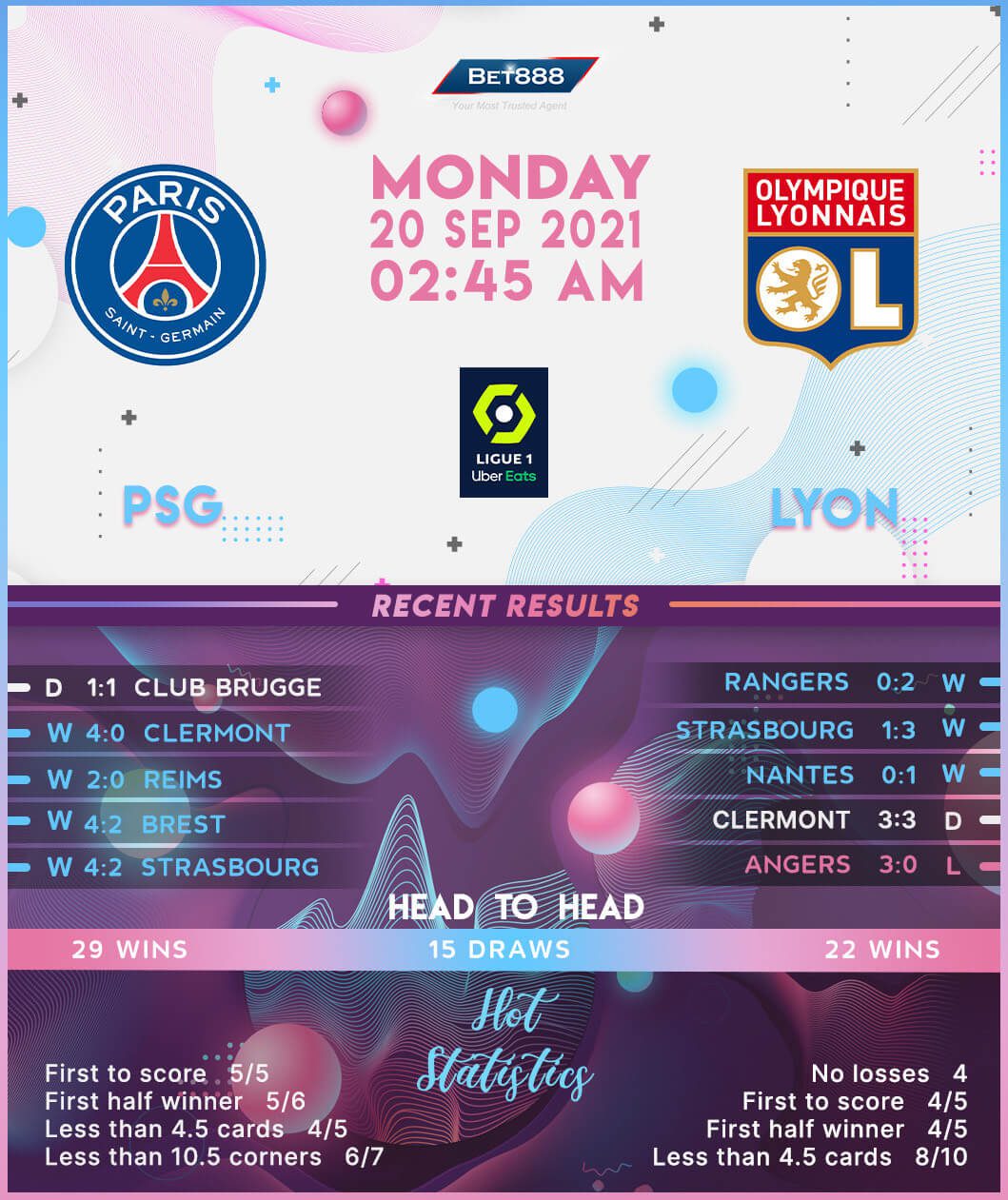