High-flying Paris Saint-Germain are set to trade tackles with Montpellier in their opening 2022/23 Ligue 1 outing at the Parc des Princes.

Paris Saint-Germain’s outrageous start to the season under new boss Christophe Galtier saw the reigning Ligue 1 champions thump Nantes 4-0 in the Trophée des Champions before ripping Clermont apart 5-0 in the opening 2022/23 league fixture. After becoming the first side to start a new Ligue 1 season with a five-goal margin triumph since 2001, ‘Les Parisiens’ will be looking to maintain their astounding home league streak of 22 unbeaten matches (W19, D3). Signs are pointing in that direction as PSG have won eight of their last nine Ligue 1 meetings with Montpellier (L1), including both seasonal H2Hs in 2021/22 by an aggregate score of 6-0. What’s more, they’ve conceded just once in their previous ten top-flight H2Hs in Paris while winning each of the last six via multi-goal margins.

On the other hand, last season’s 13th-place Ligue finish has forced Montpellier’s hand in the transfer market, with Wahbi Khazri and Arnaud Nordin arriving from relegated Saint-Etienne. The former was on the pitch as ‘La Palliade’ eked out a thrilling 3-2 home victory over Troyes on Matchday 1 despite being hit back twice before halftime. However, playing away from home has not been Montpellier’s strong suit in 2022 by any stretch of the imagination. Olivier Dall’Oglio’s men have lost more Ligue 1 matches on the road this calendar year (8) than any other side, including five defeats in a row in the build-up to this trip. They conceded at least twice in all five losses in that spread of fixtures, casting doubt on their ability to hold PSG’s star-studded attack at bay. 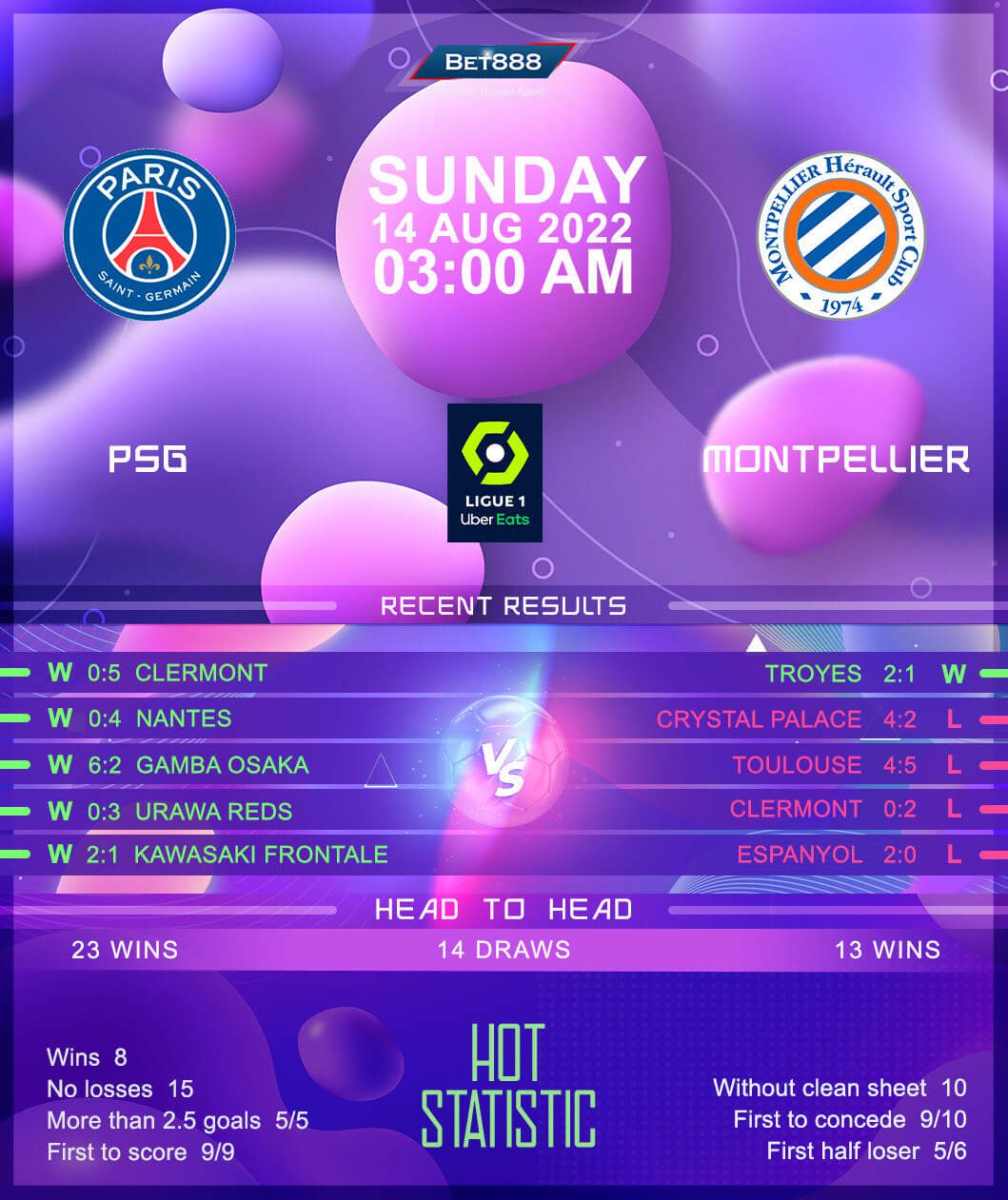