Rangers will be looking to see Borussia Dortmund off of the UEFA Europa League last-32 when the two sides meet at Ibrox Park on the back of a comprehensive 4-2 first-leg win in Germany.

Despite inflicting the biggest-ever Europa League defeat on Dortmund, Rangers saw their Scottish Premiership title defence suffer a massive hit as they drew 1-1 away to Dundee United at the weekend. The ‘Gers’ hold the upper hand between the sides, while they’ve won three of their four European H2Hs in Glasgow (D1). But Rangers’ overall European record against German opponents remains perfectly balanced (W17, D14, L17), though it’s worth noting that 76% of their wins in such match-ups arrived on home turf. After lying down the foundation for an aggregate triumph in this tie, the Scottish heavyweights are looking to improve their negative two-legged tie record against Bundesliga clubs (W8, L10). They look to be well set for such an outcome, having won all 19 UEFA ties in which they claimed the first-leg victory away from home.

In the meantime, Borussia Dortmund bounced back from the first-leg shock with an overwhelming 6-0 win over bitter domestic rivals Borussia Monchengladbach at the weekend. However,’ Die Borussen’ have gone winless in eight of their last nine springtime European fixtures away from the Signal Iduna Park (D2, L6), while they’ve lost all seven UEFA two-legged ties in which they suffered defeat in the first leg at home. On the bright side, though, the Germans have only lost once in their five Europa League knock-out games on the road (W2, D2), courtesy of a 2-1 reverse at Liverpool six years ago. Although Dortmund’s historical record in Scotland reads disappointingly (W2, D1, L4), this will be their first competitive visit to the country in the 21st century. 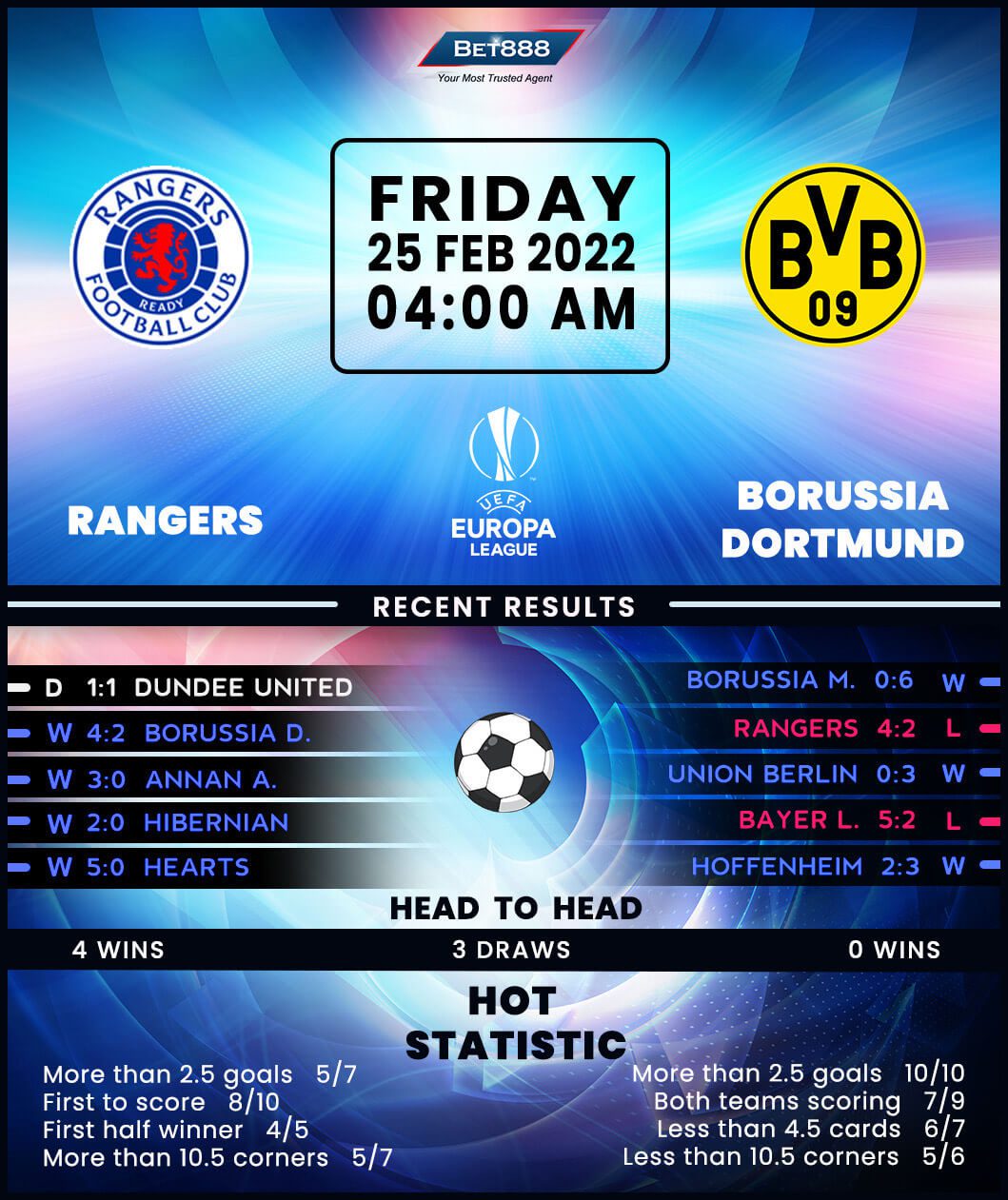