Ratchaburi and Johor Darul Ta’zim are set to square off at the Rajamangala National Stadium in the second round of the AFC Champions League Group G.

Ratchaburi’s Champions League journey was off to a disappointing start as they succumbed to a 2-0 home loss to Pohang Steelers on Matchday 1. As a result, six of their last seven matches in all competitions have seen one or both sides fail to get on the scoresheet, with five featuring under 2.5 total goals. Low scoring has been a common theme in Ratchaburi’s recent home fixtures as each of the last four contained under 2.5 goals, with three of them yielding a goalless second half. Additionally, the ‘Dragons’ have failed to impress in the final third lately, scoring one goal or less in each of their last five home outings across all competitions. Yet, if they find the net here, it is likely to be before half-time as each of their three goals scored in that five-game sequence came in the first half.

On the other hand, Johor’s dismal 1-0 home loss to Nagoya in their Group G curtain-raiser ended a run on three competitive games without defeat (W2, D1). Despite their slow start to the Champions League, the visitors can draw confidence from their impressive form in 2021 that has seen them lose just two of their 14 matches since the turn of the year (W9, D3). In essence, keeping a clean sheet could play a vital role in this encounter, considering ten of their 11 games won/lost this calendar year have seen the victor register a shutout. Notably, the ‘Southern Tigers’ take the field unbeaten in their last 12 away fixtures in all competitions (W9, D3), a sequence that saw them score 2+ goals on eight occasions. 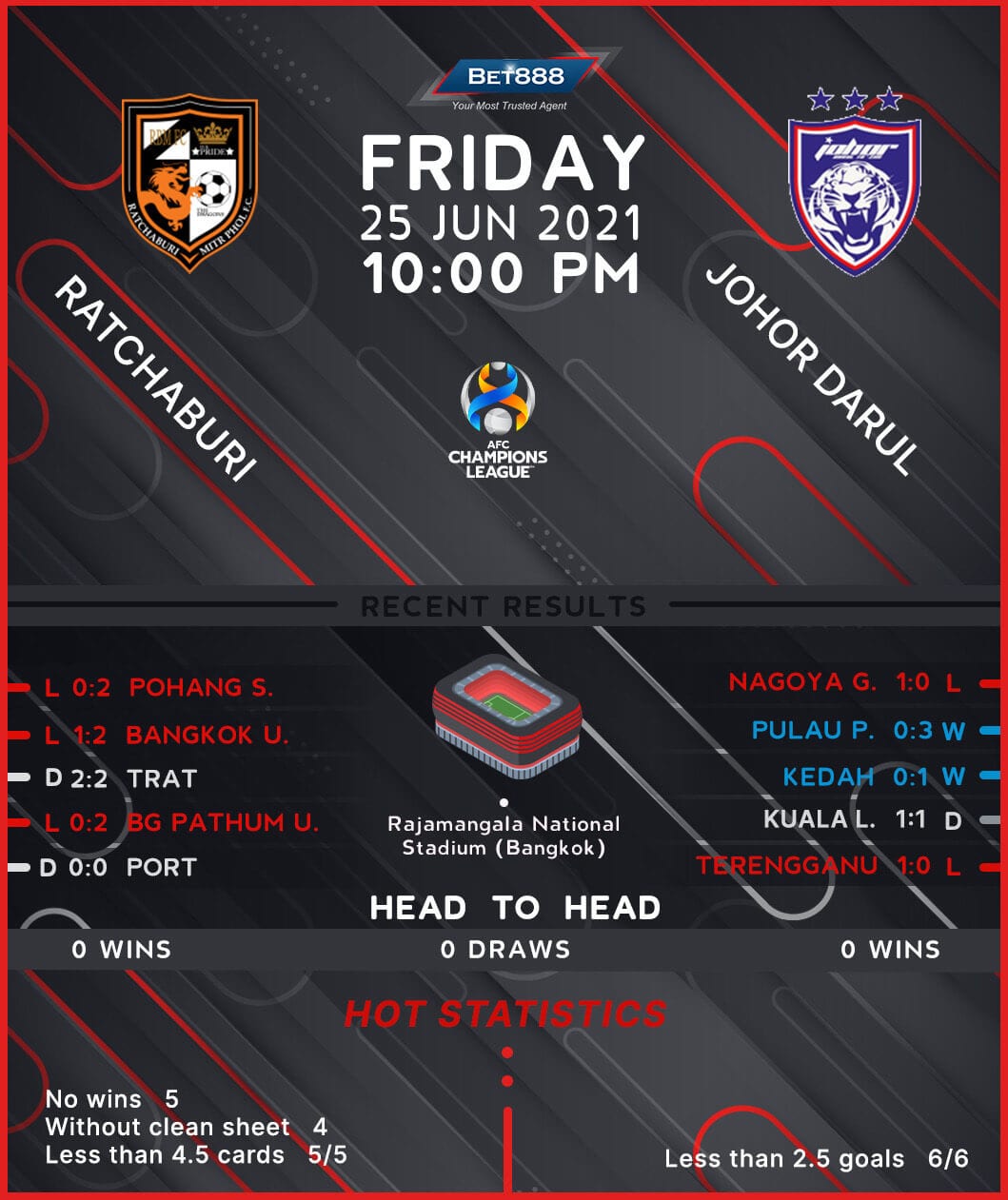