Underperforming Rayo Vallecano gave second-placed Sevilla a run for their money last time out, forcing Julen Lopetegui’s side to come from behind to rescue a 1-1 draw. After putting their frustrating six-game losing La Liga streak to bed, ‘Los Franjirrojos’ will look to live up to their reputation as ‘giant slayers,’ having already defeated Barcelona at home this term. That could be easier said than done, though, as Andoni Iraola’s men have yet to taste victory in La Liga action this calendar year (D2, L7), netting only three goals across those nine matches. What’s more, Vallecano have suffered six consecutive H2H defeats against Atletico since a goalless draw in August 2014, failing to find the net in each of the last five in a row.

In the meantime, Atletico Madrid head into this matchday in high spirits after ousting Manchester United for the Champions League in midweek to confirm their noticeable upturn in form. Since the news of Diego Simeone’s potential sacking first surfaced on the back of a 1-0 home loss to Levante in mid-February, ‘Los Colchoneros’ have strung together four league victories by an aggregate score of 10-2. Additionally, the defending La Liga champions have won their last two La Liga away matches after a five-game winless run on the road (D1, L4), scoring precisely three goals on both occasions. But ‘Los Rojiblancos’ have not been as indestructible as they used to be in recent years, having conceded at least once in 13 of their 14 La Liga away games this season. 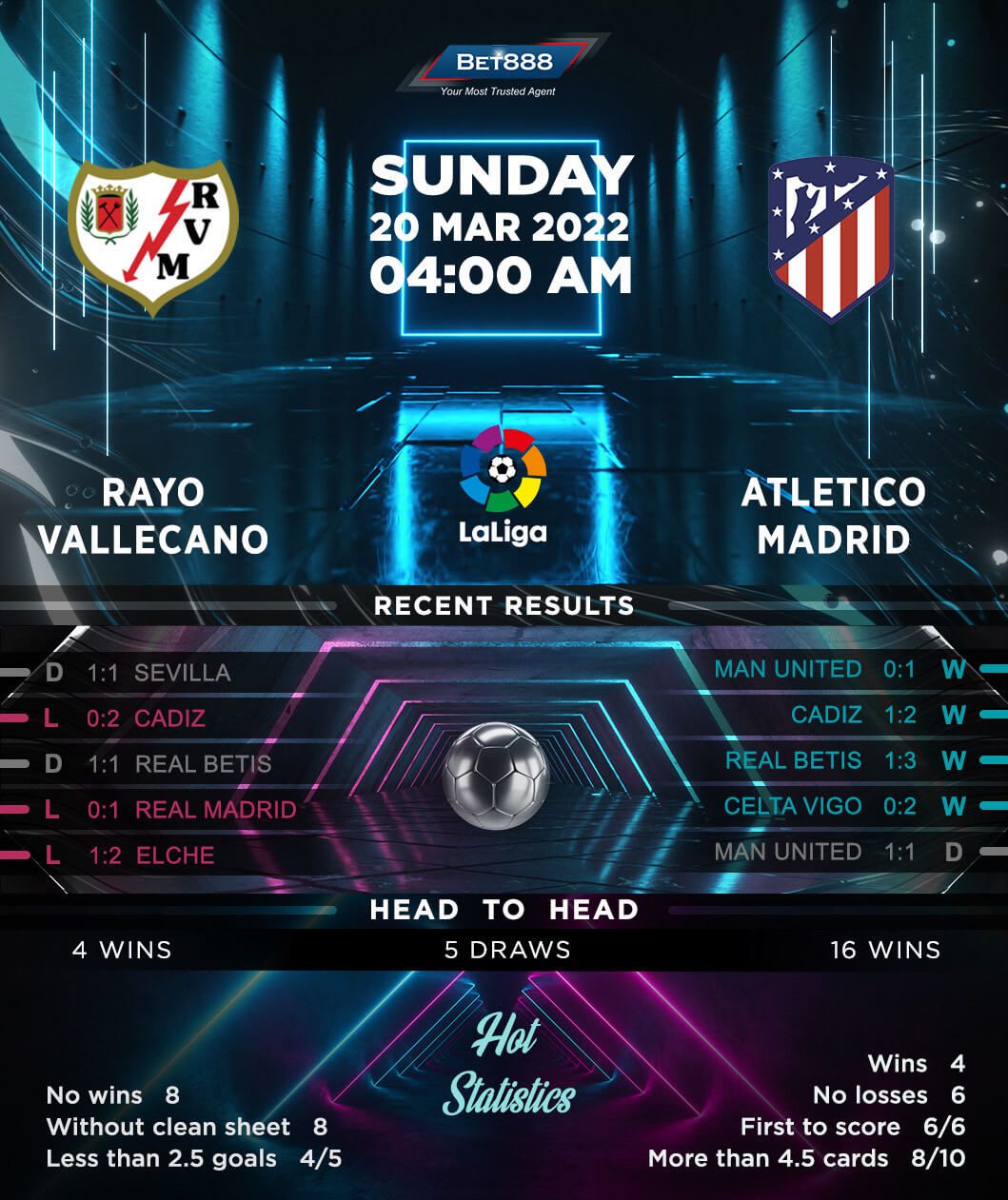