Real Madrid will be targeting back-to-back La Liga wins for the first time this calendar year when they take on out-of-form Rayo Vallecano at the Campo de Futbol de Vallecas.

Rayo Vallecano’s dismal run of form sees them enter this round on the back of four consecutive La Liga defeats, three of which were accompanied by scoring blanks. Keen to keep their first league clean sheet in seven matches, mid-table Vallecano are up against an embarrassing H2H record here, having suffered 19 defeats in their last 21 La Liga meetings with Real Madrid (W1, D1). Any hope of registering their first La Liga shutout in the new calendar year would quickly fade away if considered ‘Los Franjirrojos’ have conceded an average of 2.91 goals per game in that 21-match sequence. Against this backdrop, Andoni Iraola’s men have shipped 2+ goals in a league-low one home outing this La Liga campaign, courtesy of a 3-0 thrashing to Osasuna in their most recent such fixture.

In the meantime, Real Madrid’s stunning second-half performance against Deportivo Alaves last time out saw them turn a 0-0 HT draw into an overwhelming 3-0 victory, extending their lead on second-placed Sevilla to six points. Since falling to a 1-0 defeat at Getafe in their inaugural La Liga fixture of 2022, ‘Los Merengues’ have alternated between wins (3) and draws (2) across their last five league outings. However, Carlo Ancelotti’s men have won none of their two La Liga away matches in the build-up to this trip, failing to get on the scoresheet on each occasion. Another scoring blank would see Madrid go three consecutive top-flight travels without finding the net for the first time since May 2019. But if they score one, another one is likely to follow, as ‘Los Blancos’ have netted 2+ goals in eight of their ten scoring away league fixtures this season. 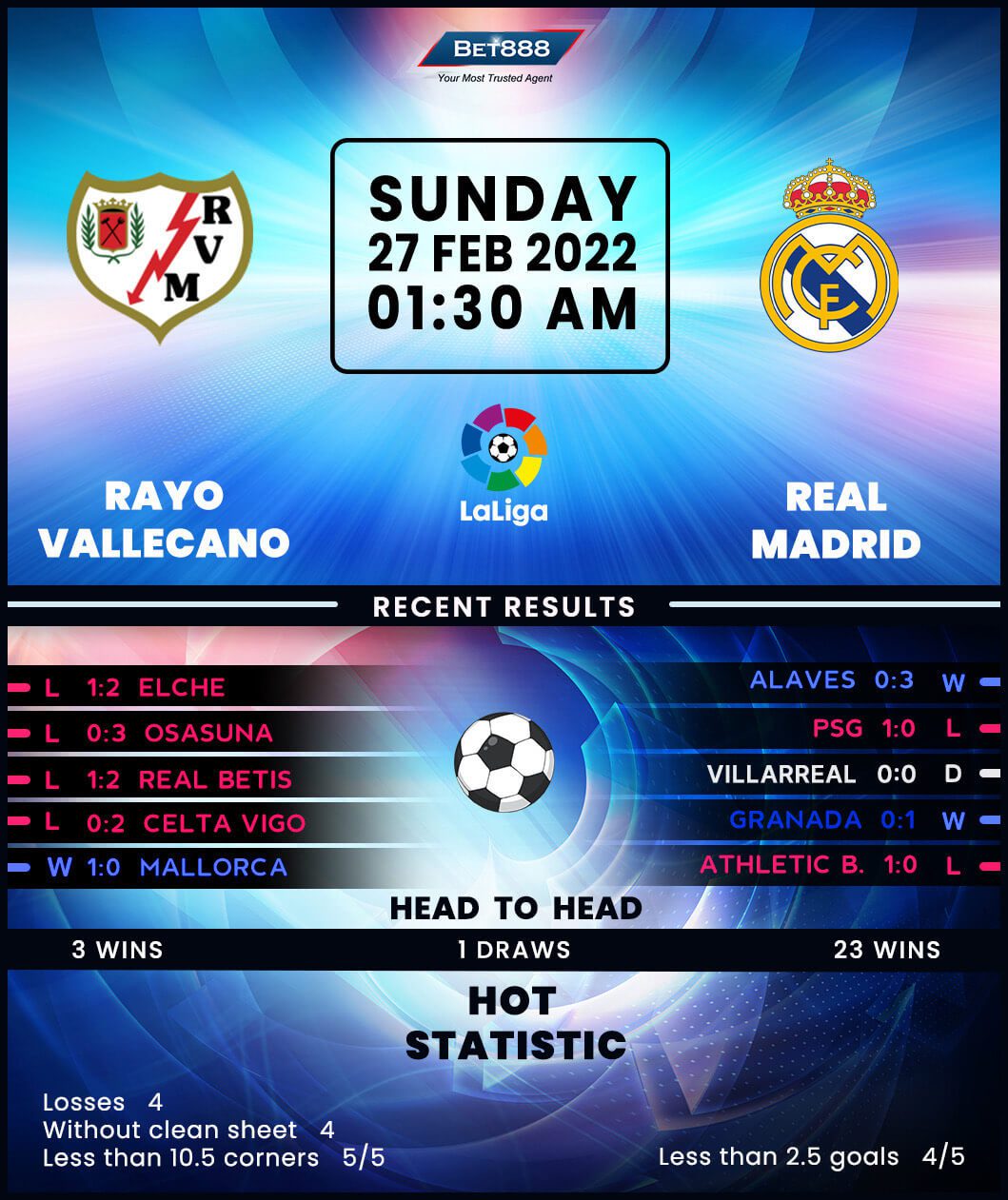