Red Bull Arena is the venue as RB Leipzig and Atalanta go head-to-head in the first leg of their handsomely-looking UEFA Europa League quarter-final tie.

Leipzig’s first Europa League quarter-final appearance since 2017/18 came was aided by UEFA’s decision to ban Russian clubs from European football, handing the Germans a walkover at the expense of Spartak Moscow. Domenico Tedesco’s men head into proceedings in a confident mood after an overwhelming 4-1 win away to fierce Bundesliga rivals Borussia Dortmund last weekend made it 12 competitive matches without defeat (W9, D3). ‘Die Roten Bullen’ hold fond memories of their only previous European match-up with Italian opposition, having ousted Napoli from the 2017/18 Europa League round of 32. What’s more, the high-flying German heavyweights have netted 2+ goals in each of their last six European outings, averaging 2.7 goals per game in that sequence. Leipzig have turned the Red Bull Arena into a fortress in 2022, going unbeaten in all eight home matches (W5, D3).

In the meantime, Atalanta will have to shrug off a disappointing 3-1 home defeat to Napoli at the weekend if they are to maintain their positive European knock-out record against German clubs (W2, L1). Despite a thoroughly underwhelming domestic season, ‘La Dea’ have been decent in European action so far, overcoming Leipzig’s fellow Bundesliga rivals Bayer Leverkusen in the last-16, courtesy of a brace of one-goal margin wins in each leg. Gian Piero Gasperini’s men have racked up four consecutive European triumphs in the build-up to this fixture and could make it five in a row for the first time in the club’s history. Entertainment has been relatively sparse in Atalanta’s recent away matches, with five of their last six road trips featuring under 1.5 goals. 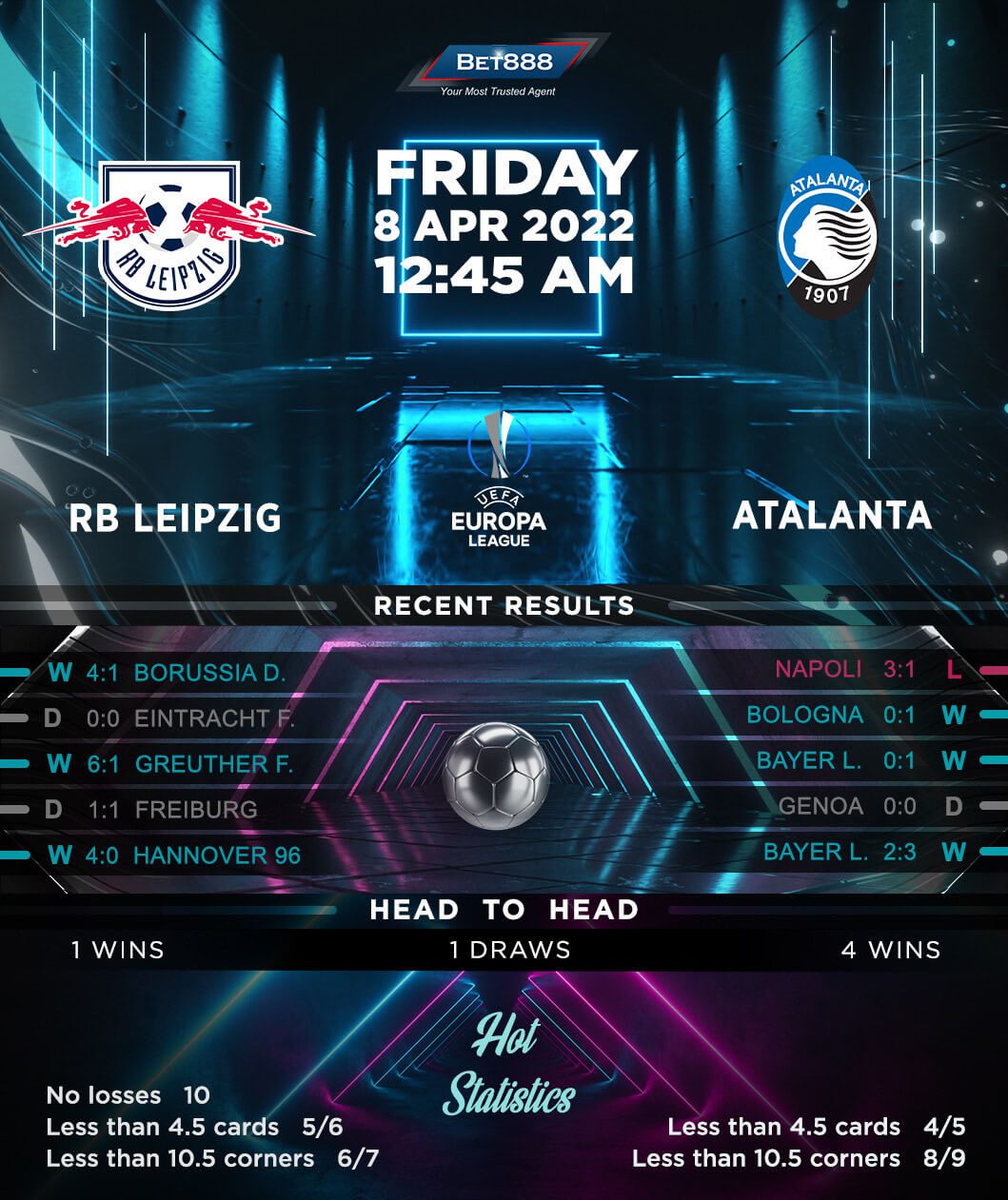