Red Bull Arena is the venue as RB Leipzig and Freiburg go head-to-head in a Bundesliga top-four six-pointer.

Fresh from a crashing 4-0 DFB-Pokal triumph over second-tier side Hannover in midweek, Leipzig are looking to pick up where they left off in the Bundesliga and take their winning league streak to four. ‘Die Roten Bullen’ have been a force to be reckoned with at home this season, with only Bayern Munich and Borussia Dortmund (30 points apiece) picking up more points in home Bundesliga matches than them (27- W9, L3) so far. Coming into this matchday, Domenico Tedesco’s men have won each of their last three Bundesliga home outings by a 2+ goal margin while breaking the deadlock with 25 minutes of play twice in the process. Another successful weekend for Leipzig is seemingly on the cards as they remain unbeaten in all six top-flight H2Hs as hosts (W4, D2).

In the meantime, the visitors squeezed past Bochum via extra-time in midweek DFB-Pokal action (2-1), taking their unbeaten run in all competitions to four games (W2, D2 – 90mins only). Indeed, Freiburg have enjoyed an upturn in form heading into this fixture, going from back-to-back Bundesliga matches without winning (D1, L1) to a pair of high-scoring wins over Augsburg and Hertha Berlin, both of which featured precisely three FT goals. A 2-1 win at Augsburg in their most recent league road trip halted Freiburg’s three-game winless Bundesliga away streak without winning (D1, L2) as they now seek consecutive league victories away from home for the first time since October. That could be easier said than done, though, especially considering that the ‘Breisgau-Brasilianer’ have conceded 14 goals across their last five Bundesliga visits to Leipzig. 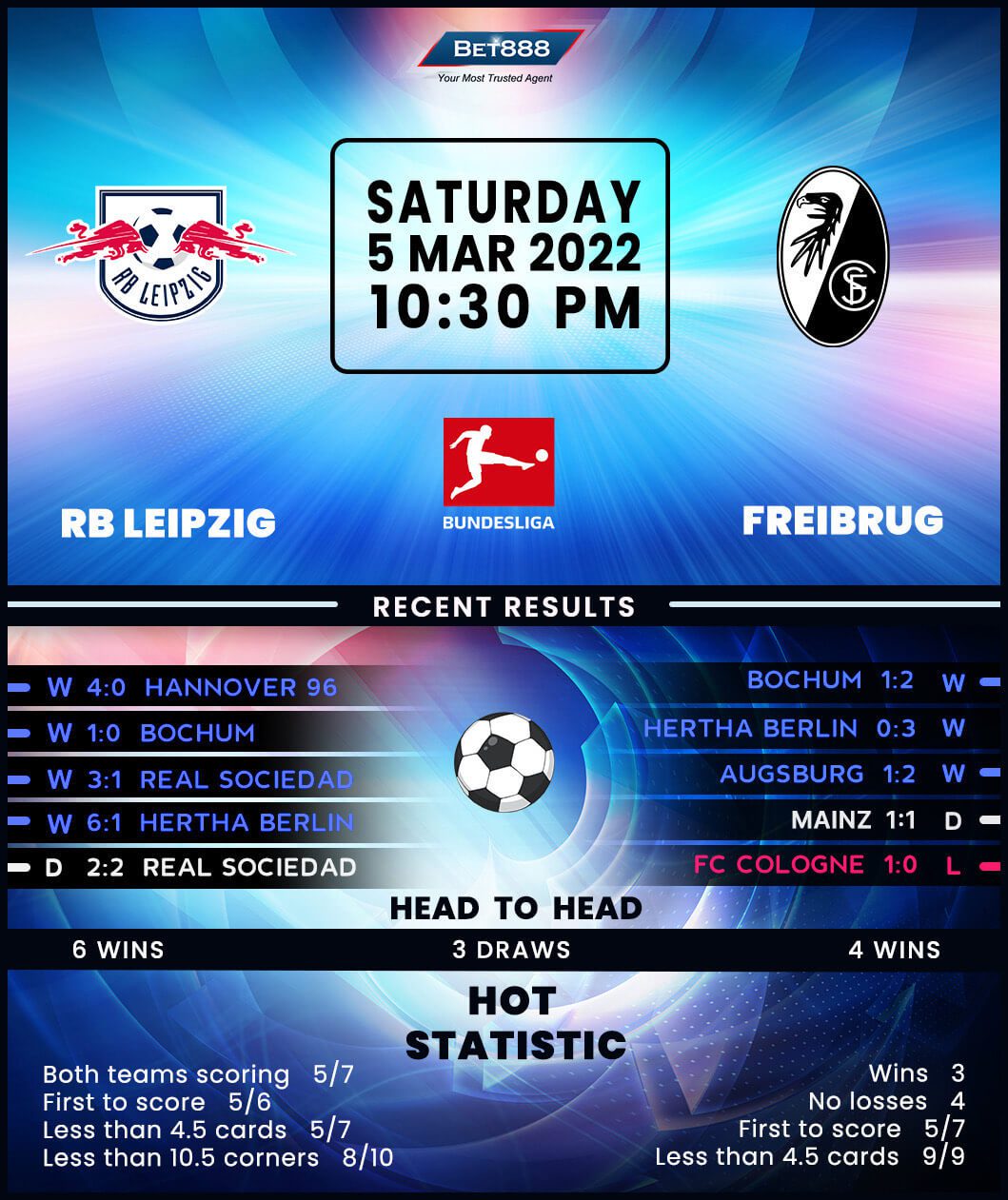