Estadio Benito Villamarin is the venue as Real Betis and Athletic Bilbao go head-to-head in a top-half La Liga showdown.

Betis’ impressive Europa League campaign could be drawing to a close after Eintracht Frankfurt eked out a 2-1 win in the first leg of their last-16 tie in midweek. Things do not look any prettier in La Liga, where ‘Los Verdiblancos’ have lost their last two matches by 2+ goals ‘to one’ after winning back-to-back outings beforehand. With fourth-placed Barcelona now two points away, Manuel Pellegrini’s men can ill-afford another slip-up if they are to land their first top-four finish since 2004/05. Playing in front of attending home fans may not necessarily do any favours to Betis, given that they’ve alternated between victories (3) and defeats (3) across their last six La Liga games at Benito Villamarin. Additionally, they have gone winless in nine of their previous ten top-flight H2Hs (D2, L7).

In the meantime, Athletic Bilbao cruised to a 3-1 home win over rock-bottom Levante last time out, maintaining their patchy five-game form in La Liga (W3, L2). ‘Los Leones’ have developed into ‘stalemate kings’ on the road this season, drawing more away La Liga matches (8) than any other side so far. But after losing back-to-back top-flight fixtures on hostile turf, they wouldn’t mind drawing another one here. Ambitions could be slightly different, though, as Marcelino Garcia Toral’s men have registered five wins across their last 11 La Liga visits to Betis (D3, L3), as many triumphs as they had in their previous 40 such match-ups (D15, L20). Athletic have shown mental fortitude this season, coming from behind to avoid defeat in 50% of their away La Liga matches after conceding the opening goal (W1, D2, L3). 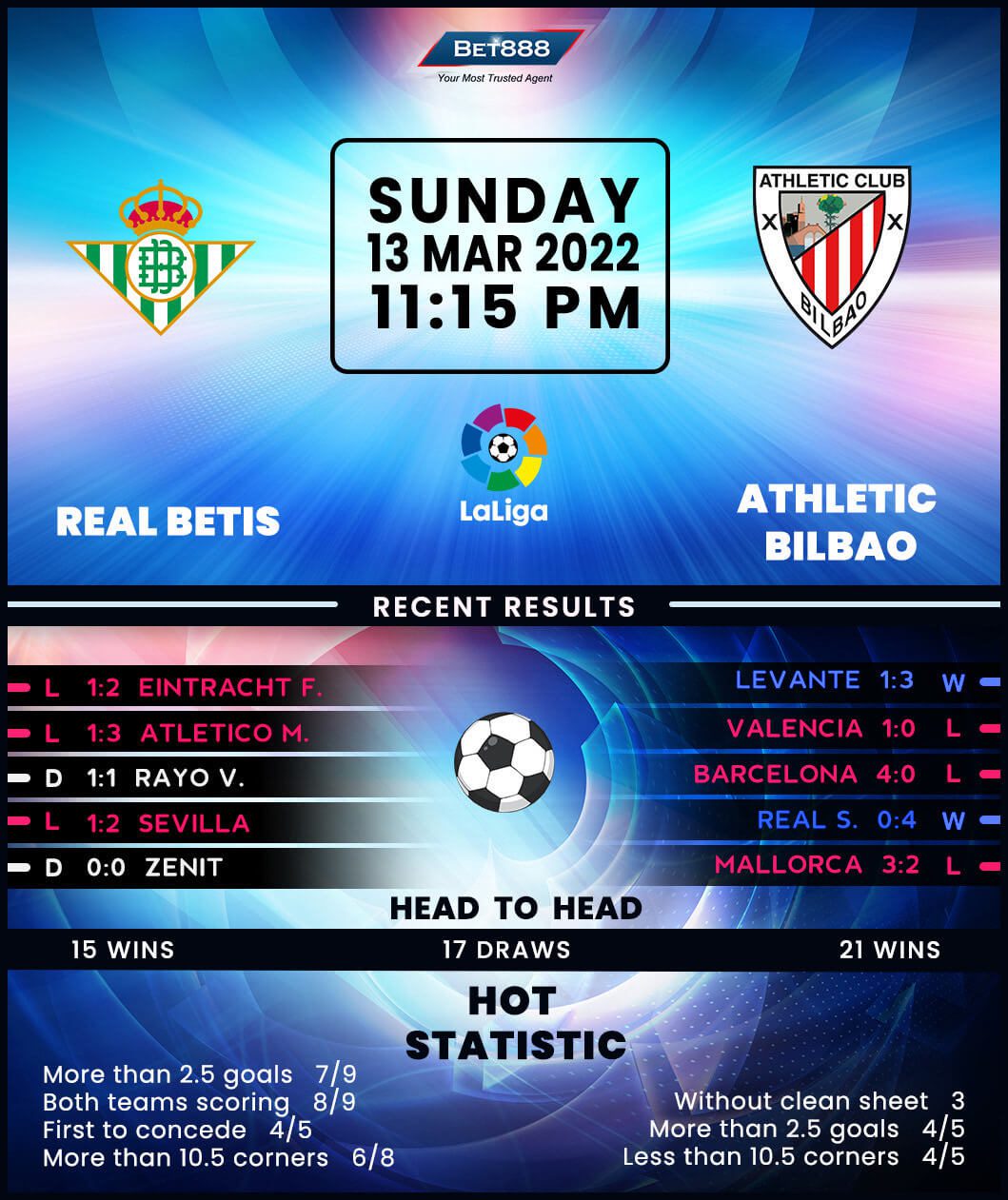