La Liga surprise package Real Betis will be looking to maintain their impressive season when they take on Eintracht Frankfurt at the Estadio Benito Villamarin in the first leg of their UEFA Europa League last-16 tie.

After finishing runners-up to Eintracht’s fellow Bundesliga rivals Bayer Leverkusen in Europa League Group G with a game to spare, Betis ousted Russian giants Zenit St Petersburg in the play-off round 3-2 on aggregate. Despite falling to a horrendous 3-1 home defeat to fellow La Liga opponents Atletico Madrid in the build-up to this fixture, ‘Los Verdiblancos’ will feel confident about their chances of reaching the Europa League quarter-finals for the first time in the club’s history. Indeed, they have not only gone unbeaten in all five European meetings with German opposition (W3, D2), but they’ve negotiated both previous knock-out ties against such rivals. Against this backdrop, the Andalusians have yet to win a single home match in the Europa League knock-out phase (D2, L2), including a goalless draw with Zenit last time out.

Meanwhile, Eintracht Frankfurt cruised through Europa League Group D, topping the section without losing a single game against the likes of Olympiacos, Fenerbahce and Antwerp. Curiously, since losing 7-3 to Real Madrid in their maiden European clash against Spanish opposition back in 1960, ‘Die Adler’ have gone unbeaten in their last five such fixtures (W4, D1), including two wins from their three visits to Spain (D1). Yet, the Germans have picked up just a single victory from their seven previous away matches in the Europa League knock-out stages (D4, L2). That said, Frankfurt boast a solid overall away record in the Europa League proper, having racked up a resounding 79% unbeaten ratio in such contests (W10, D5, L4). After losing just once in their last six competitive away fixtures (W3, D2), Oliver Glasner’s side should feel comfortable here. 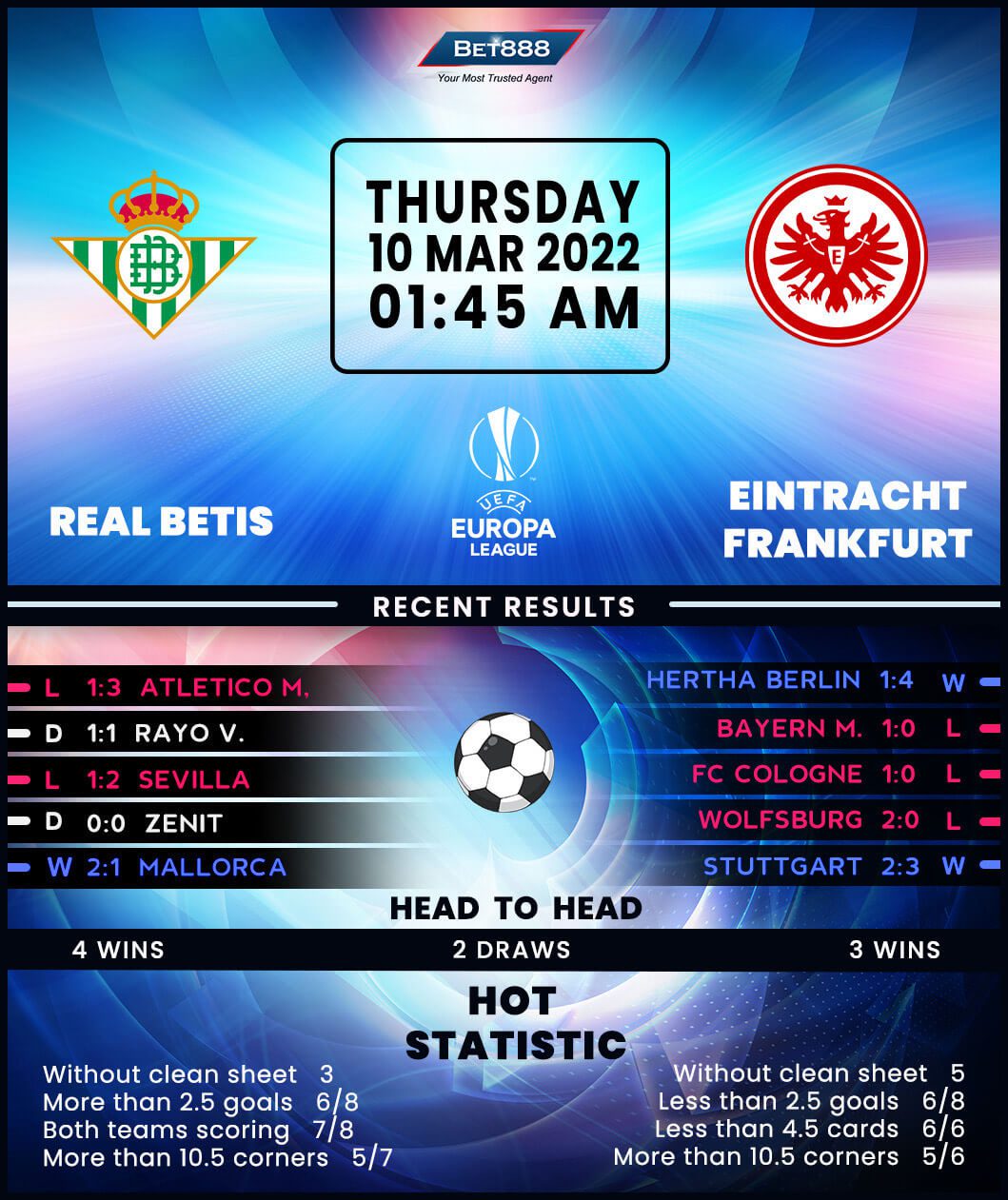