Real Betis will be looking to break a five-game winless streak against Getafe in La Liga (D1, L4) when the two sides lock horns at the Estadio Benito Villamarín this midweek.

A stunning 2-1 away win at Villarreal last weekend puts Betis in a position to grab back-to-back La Liga wins for the second time this calendar year. High scoring has been a theme for ‘Los Verdiblancos’ lately, as four of their last five league matches have seen over 2.5 goals and both teams scoring, with 11 of the 16 goals scored/conceded in that period coming in the second half of play. Against this backdrop, Manuel Pellegrini’s men have registered a clear majority (60%) of their home goals scored this La Liga campaign in the first half (9/15) despite getting on the scoresheet within 15 minutes of play in only two of their 11 home league outings thus far. Another ‘goal-friendly’ contest is well on the cards, given three of the last four La Liga matches between Betis and Getafe have featured over 2.5 goals and both sides on the scoresheet.

On the other hand, Getafe have endured all sorts of problems lately, going from back-to-back La Liga victories to five consecutive league games without winning (D1, L4), drawing a blank in each of their last four league outings. Away from home, none of Getafe’s previous seven La Liga matches have ended in a draw (W2, L5), with 71.43% of the fixtures won/lost in that period seeing the winner on the day keep a clean sheet. However, Jose Bordalas’ men have only won twice in their 11 La Liga trips this season (D3, L6), returning a disastrous -12 goal difference from such matches (GF:8, GA:20). Much of the blame has to be pinned on the lackluster first-half performances that have seen Getafe lead at half-time in just one of their 11 away La Liga games so far (HT: W1, D6, L4). 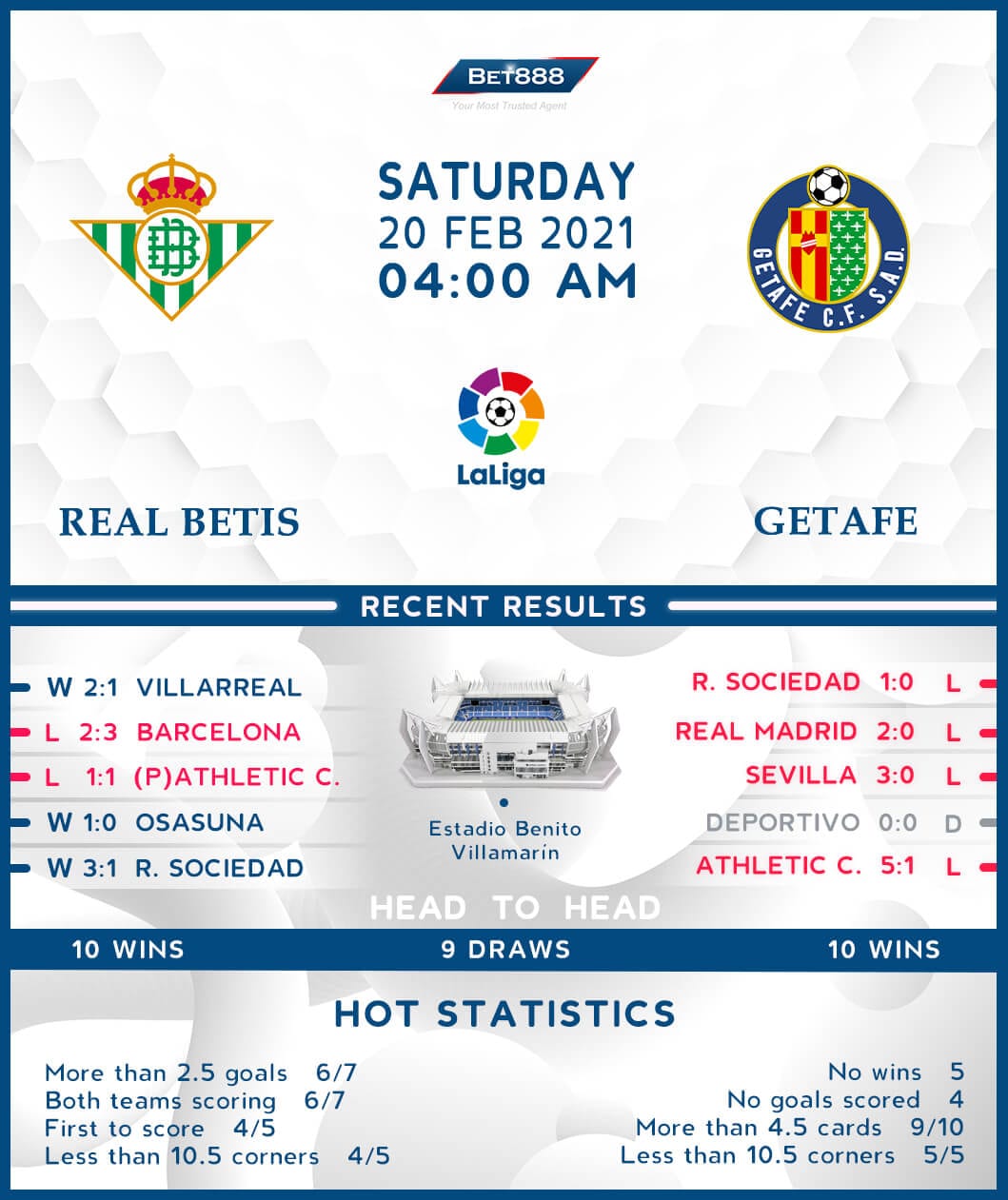