Real Madrid will be looking to solidify their position at the top of the La Liga table when they meet relegation-battling Deportivo Alaves at the Estadio Santiago Bernabeu.

Since losing 1-0 to Getafe in their maiden La Liga fixture of 2022, Real Madrid have alternated between victories (2) and draws (2) across their last four league outings, including a goalless stalemate at Villarreal last time out. Despite Madrid’s indifferent league form of late, they still hold a four-point lead at the summit. Worryingly, though, Carlo Ancelotti’s men have failed to get on the scoresheet in three of their last seven La Liga matches (W3, D3, L1), one more scoring blank than they had in their opening 17 league games. However, ‘Los Blancos’ should be brimming with confidence as they go into this round as one of just two La Liga sides yet to lose a home fixture this season (W8, D4). But after losing their most recent top-flight H2H as hosts, Madrid can ill-afford to underestimate Alaves here.

On the other hand, Deportivo Alaves eked out a precious 2-1 home win over Valencia last time out, ending a run of 11 La Liga games without winning (D4, L7). Still, there’s no reason for celebration in the travelling camp as ‘El Glorioso’ currently languish four points below safety, largely thanks to their underwhelming away form. Indeed, no team has picked up fewer La Liga points on the road than Alaves (5) this season, with Jose Luis Mendilibar’s men winning just once in their 11 top-flight away matches so far (D2, L7). Additionally, only three La Liga sides have conceded more league goals on hostile turf than the ‘Babazorros’ (24) this term. Improving that record in Madrid could be rather daunting, given that they’ve lost 14 of their last 16 La Liga H2Hs in the nation’s capital (W2). 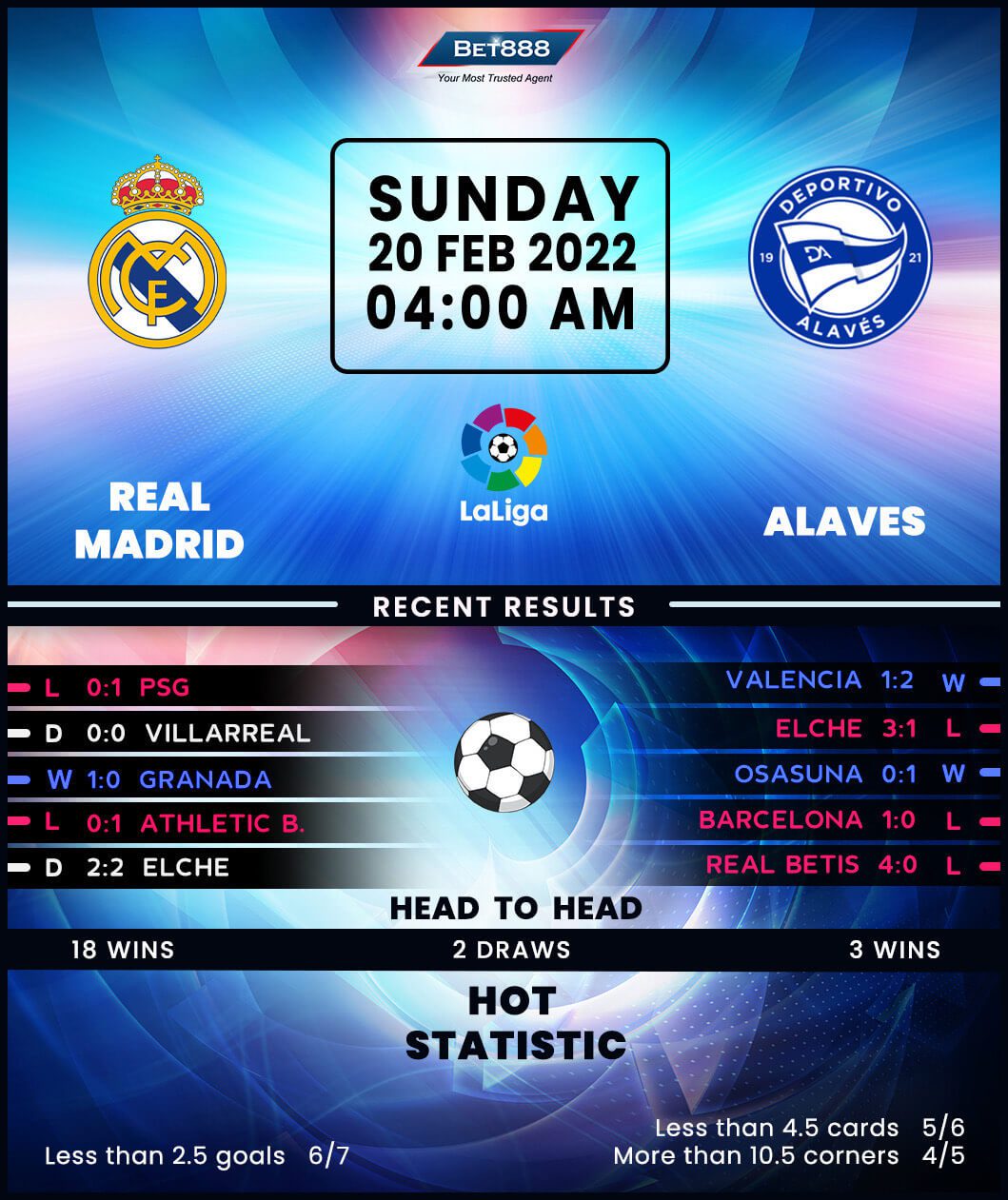