Real Madrid will be looking to bounce back from a Copa del Rey heartbreak in midweek when they take on bottom-half Granada at the Estadio Santiago Bernabeu.

Coming into this matchday, Real Madrid bowed out of Copa del Rey, succumbing to a well-deserved 1-0 defeat at the hands of Athletic Bilbao in midweek. Carlo Ancelotti’s team will hope to put arguably their worst performance of the season behind when they take on a Granada side they’ve defeated in each of their previous 14 H2Hs in La Liga. Additionally, ‘Los Blancos’ have netted 4+ goals in five of their last seven top-flight H2Hs, which ties in well with their prolific home record this season. Indeed, table-topping Madrid have scored an average of 2.18 La Liga goals at home this term, with only Villarreal (2.41) bettering their exploits. But it’s worth noting that the hosts have only won two of their last five top-flight matches (D2, L1) after winning seven in a row beforehand.

In the meantime, Granada have experienced a stuttering start to the new calendar year, going from back-to-back La Liga draws to a pair of defeats, including a disappointing 2-0 home loss to mid-table Osasuna last time out. Another failure here would see the ‘Nazaries’ record three successive defeats in La Liga for the first time since May 2021. That seems to be very much in the realm of possibility, considering that Granada have lost 22 out of their 25 top-flight visits to the Santiago Bernabeu (W1, D2), conceding a staggering 83 goals across those fixtures. But the visitors can draw confidence from their decent defensive record on the road this season, having let in an average of 1.45 goals per league travel so far. That’s despite keeping just three clean sheets across their 11 La Liga away games. 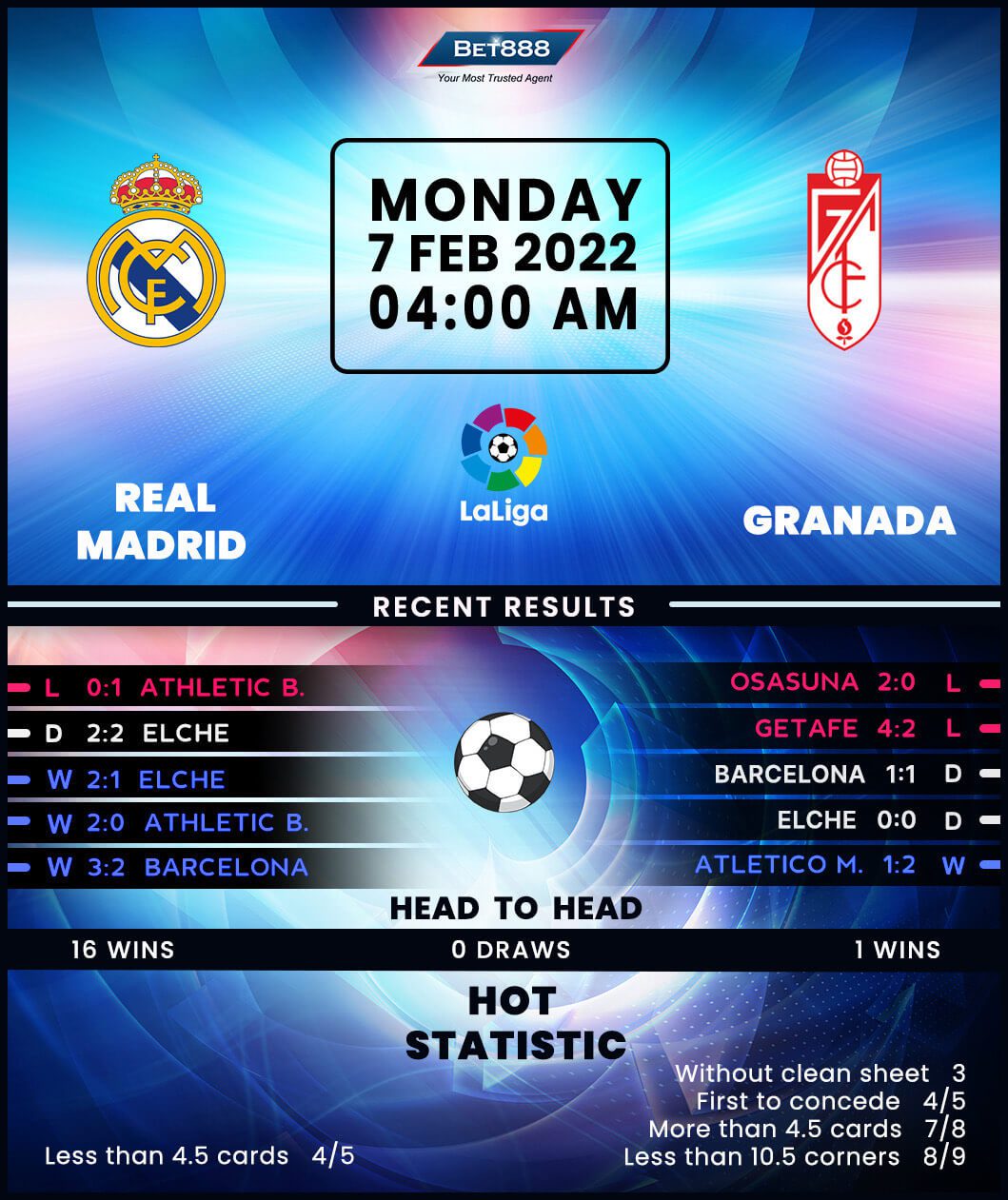