Real Madrid suffered a 1-0 defeat at Atletico Madrid last time out, as head coach Carlo Ancelotti rang the changes after leading ‘Los Blancos’ to a record-extending 35th title. With one eye on their upcoming Champions League final against Liverpool, ‘Los Blancos’ may once again field an understrength side that could lead to back-to-back league defeats for the first time since May 2019. It may even prove detrimental to their bid to improve a 33% win ratio against Levante in La Liga since 2017/18 (W3, D3, L3). Scoring first would certainly boost Madrid’s chances of extending their two-game winning league streak at the Bernabeu. Indeed, Ancelotti’s men have won 20 of their 21 La Liga matches in which they opened the scoring this season (D1).

In the meantime, Levante eked out a 2-1 home triumph over Real Sociedad last time out, halting a run of consecutive La Liga games without winning (D1, L1). Interestingly, the visitors have racked up three victories from their last six La Liga outings (D1, L2), as many as in their previous 37 matches in the competition (W3, D13, L21). However, it could be too little, too late for the ‘Granotes,’ who head into the last three matchdays trailing 17th-placed Cadiz by six points. After holding Madrid to a 2-2 draw in the reverse fixture, Levante could go unbeaten in both seasonal H2Hs in Spain’s top flight for only the second time in the club’s history. Achieving that feat will require Alessio Lisci’s side to defy their underwhelming away form in 2022 (W2, D2, L4). 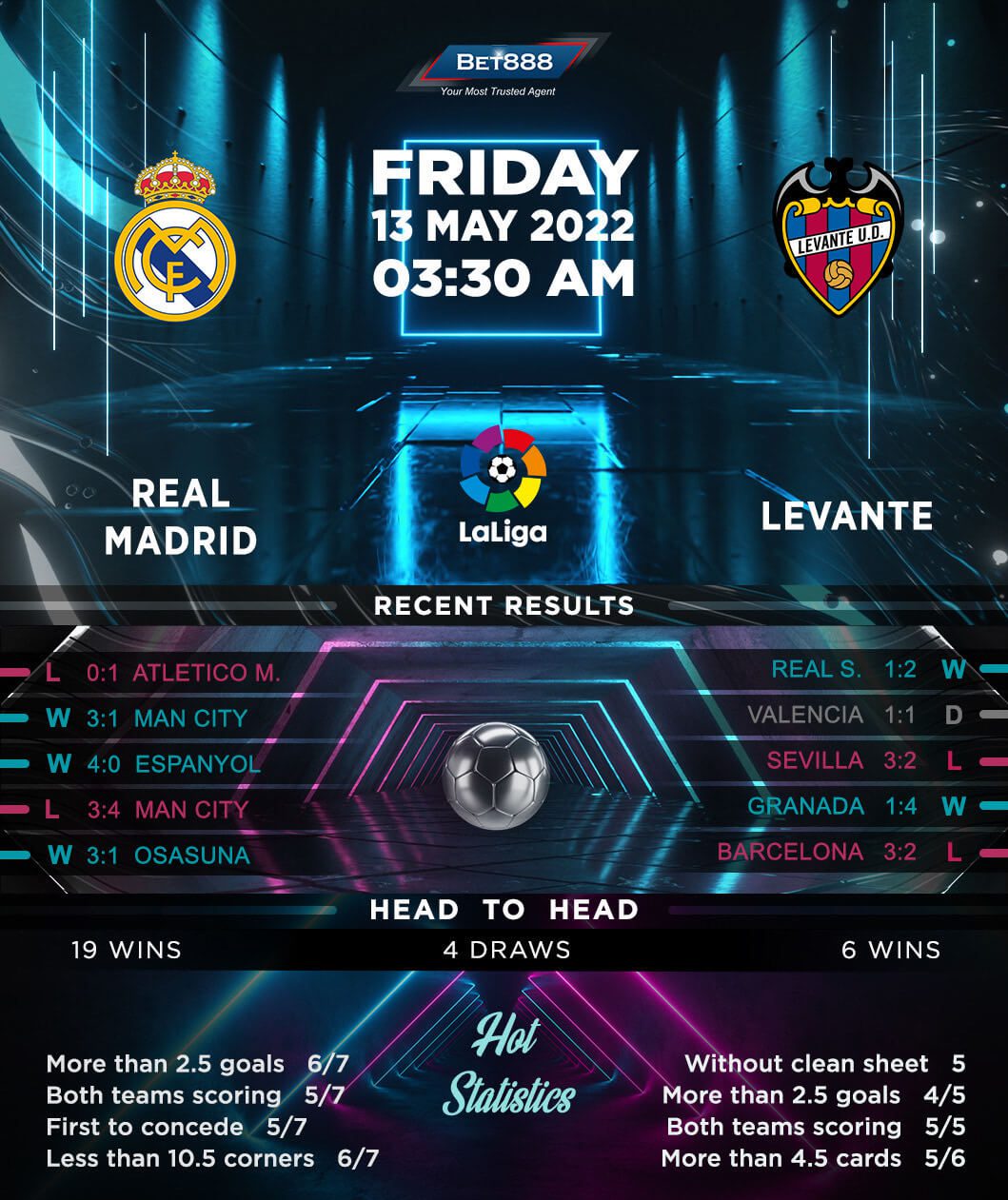