Real Madrid and Real Betis will trade tackles at the Alfredo di Stéfano Stadium as the hosts hope to continue to apply pressure on current La Liga pacesetters Atletico Madrid.

Real Madrid swept newly-promoted Cadiz aside with a comprehensive 3-0 win on the road last time out to extend their unbeaten La Liga run to 12 games (W9, D3) and remain within a three-point distance from top-placed Atletico. Despite failing to keep a clean sheet in four of their last five competitive home fixtures, ‘Los Blancos’ have won each of them after getting on the scoresheet first. Since a 2-1 defeat to Levante in late January, Zinedine Zidane’s men have gone unbeaten in six home league games on the bounce (W5, D1), registering a first-half shutout on each occasion. However, Madrid’s resolve will be put to the test this weekend when they meet a Betis side they have failed to score against in each of their last three La Liga H2Hs as hosts (D1, L2).

Ahead of the kick-off, ‘Los Verdiblancos’ have drawn four straight La Liga matches, one more stalemate than they had in their first 28 in the competition (W14, L11). The visitors have endured mixed fortunes across their last three league trips (W1, D1, L1), with each game (won/lost) producing the same 1-0 scoreline. Manuel Pellegrini’s men have established a habit of falling behind without responding, ending up on the losing side in 87.5% of the away La Liga fixtures in which they conceded first this season (GP8 – D1, L7). Their inability to bounce back may come as some surprise, knowing 72.22% of Betis’ away league goals scored so far have come in the second half of play (13/18). On the bright side, they have won both top-flight trips in which they were leading at half-time this term. 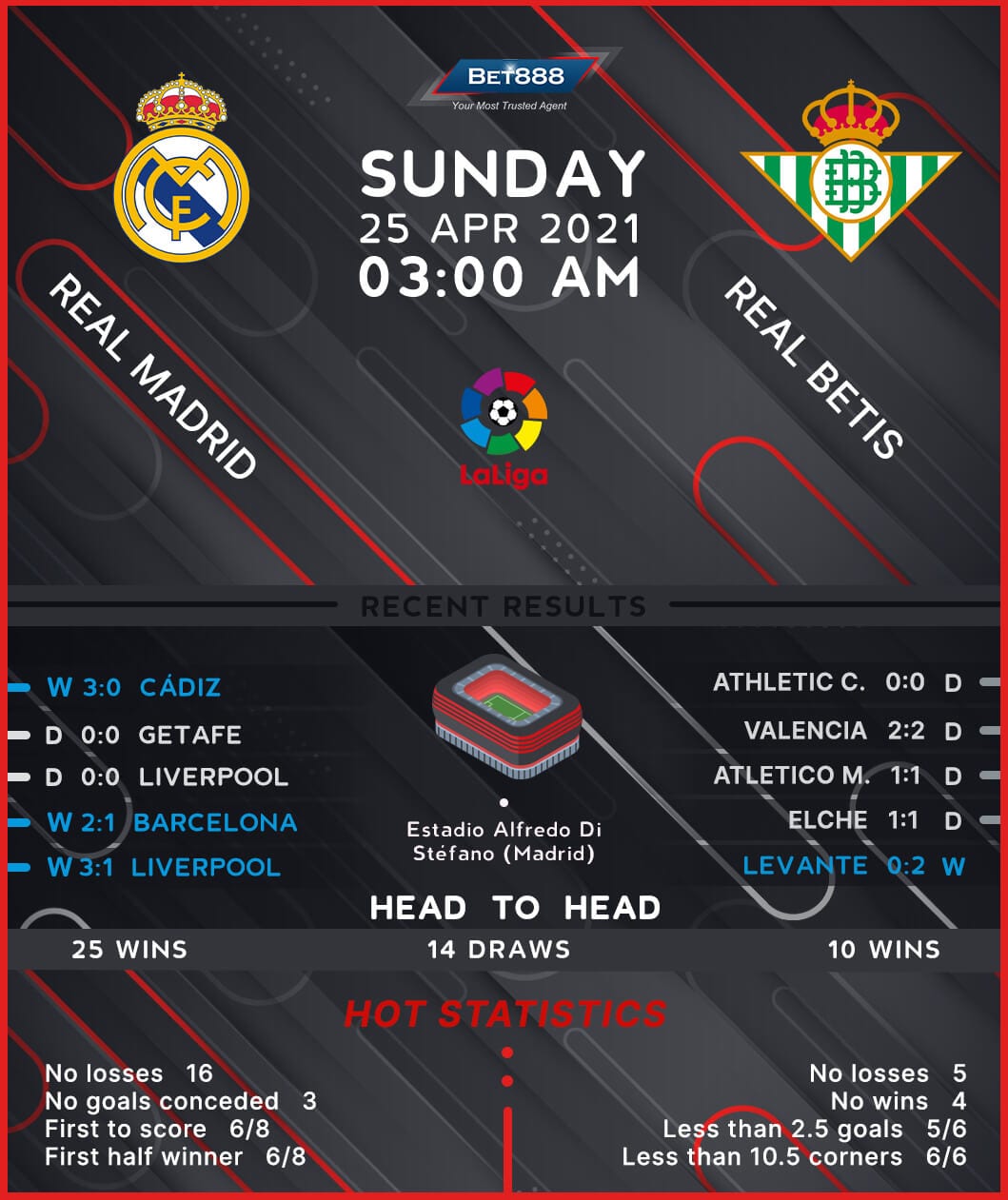