Real Madrid will be looking to solidify their position at the top of the La Liga table when they take on top-four bidders Real Sociedad at the Estadio Santiago Bernabeu.

Real Madrid’s late 1-0 triumph away to Rayo Vallecano last time out helped them preserve a comfortable six-point lead over second-placed Sevilla, taking their unbeaten La Liga streak to six matches (W4, D2). Much of the credit for Madrid’s rich vein of form has to be pinned on a rock-solid backline that has racked up four league clean sheets in a row, last enjoying a longer such streak in July 2020. Hot favourites to improve upon their indifferent three-game H2H form at Bernabeu (W1, D1, L1), ‘Los Merengues’ head into proceedings as one of only two La Liga sides yet to lose a single league match at home this season (W9, D4). Additionally, Carlo Ancelotti’s men have netted a league second-high 28 La Liga goals on home turf this term, notably coming from behind to avoid defeat in all three home league games in which they conceded first (W2, D1).

On the other hand, Real Sociedad have picked themselves up from a thumping 4-0 defeat at the hands of fellow Basque rivals Athletic Bilbao, stinging together back-to-back La Liga victories without conceding to stay within touching distance of fourth-placed Barcelona. However, a visit to the nation’s capital could throw a spanner in the works, with ‘La Real’ recording a mere one win from their last ten La Liga matches against Madrilean sides away from home (D5, L4). On the bright side, though, Imanol Alguacil’s men have found the net in each of their last 11 such fixtures. Yet, scoring prowess has not been Sociedad’s strong suit this season as they’ve netted a measly average of 1.03 goals per La Liga game so far. They can draw some confidence from the fact that 63% of their top-flight goals scored to date came on the road (17/27). 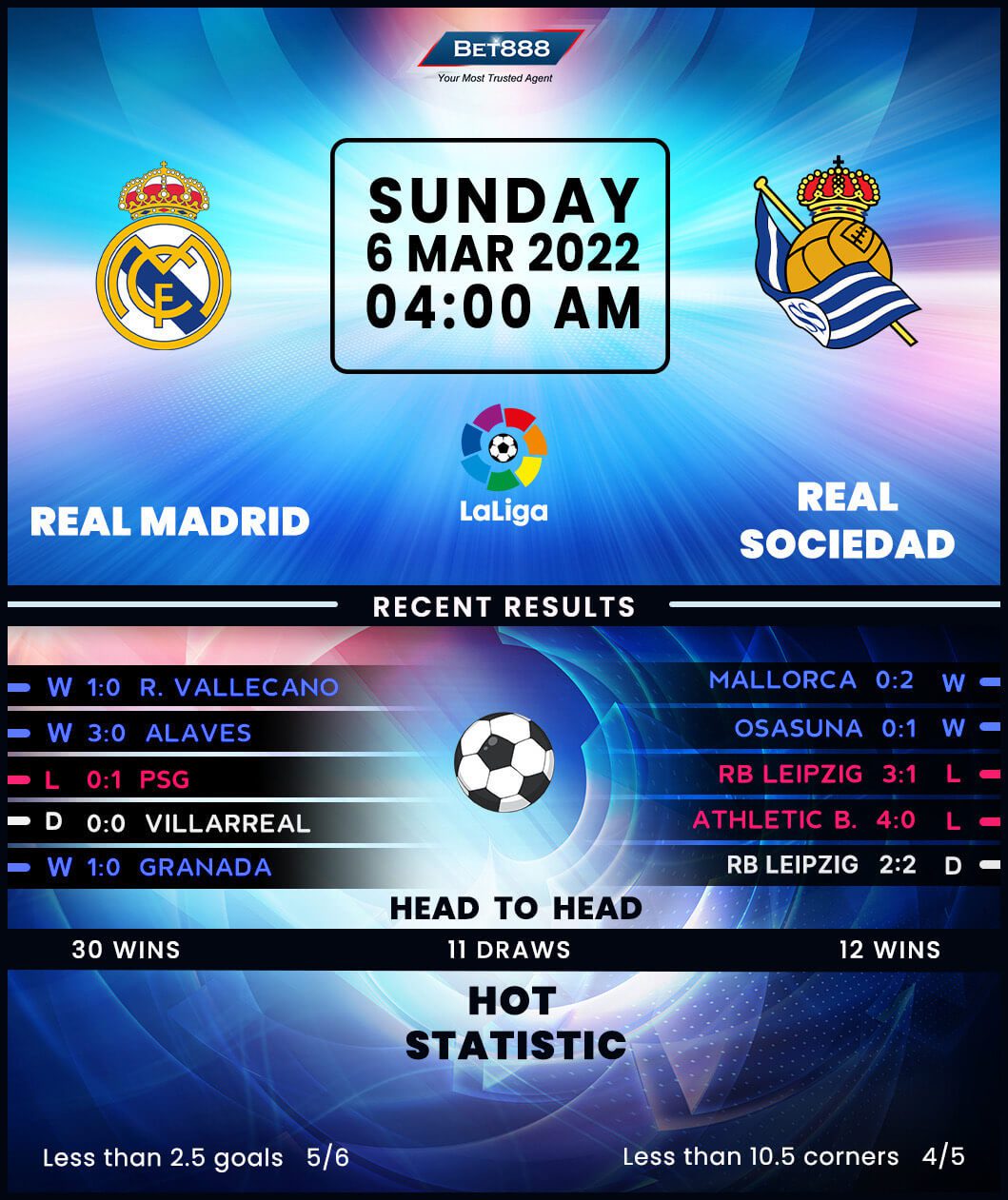