Unbeaten in 14 La Liga fixtures on the trot (W10, D4), Real Madrid have alternated victory (3) and draw (2) across their last five top-flight matches. A water-tight defensive unit, ‘Los Merengues’ have kept a blank sheet in five of their previous six league outings, with just Atletico Madrid (22) conceding fewer La Liga goals than Zinedine Zidane’s team (22) this season. At home, the reigning Spanish champions have racked up an eight-game unbeaten La Liga run (W6, D2) since succumbing to a disappointing 2-1 defeat to Levante in late January, with 66.67% of those victories featuring the identical 2-0 scoreline. Furthermore, ‘Los Blancos’ have outplayed Sevilla in each of their last four top-flight encounters, notably registering a shutout on three occasions in the process. The hosts have outscored the Andalusian visitors in their last 11 La Liga meetings in the capital, netting an intimidating average of 3.4 goals per game.

Sevilla’s eight-game unbeaten La Liga streak (W7, D1) was brought to a halt last time out as Athletic Club ran out 1-0 victors at the Ramon Sanchez Pizjuan. Curiously, 38.24% of Sevilla’s league fixtures this season have yielded the same 1-0 scoreline (W9, L4), which has been the case two of their last three top-flight clashes against Real Madrid. Encouragingly, Julen Lopetegui’s men have been impressive in the Spanish capital lately, having suffered just one defeat in their last five away La Liga matches against Madrilean hosts (W3, D1). Heading into this showdown, ‘Los Nervionenses’ have mustered up three consecutive away league victories, last winning four in a row on the road in the competition in September 2010. The visitors have ended up losing just one of the four away La Liga games in which they were trailing at half-time this term (W2, D1). 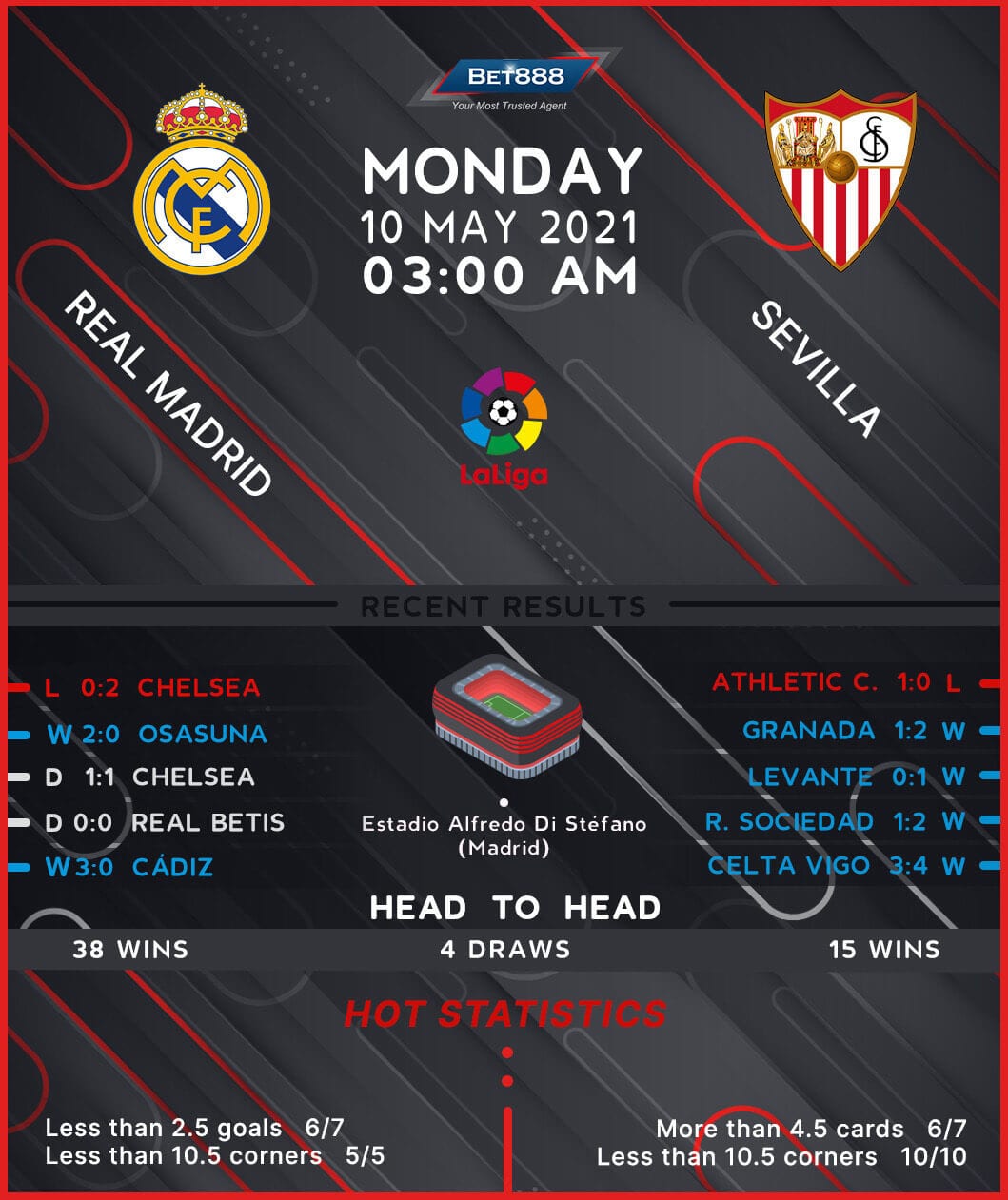