High-flying Real Salt Lake will be looking to register back-to-back Major League Soccer wins over Columbus Crew for the first time since 2009 when the two sides lock horns at the Rio Tinto Stadium.

Real Salt Lake put a 2-1 defeat at Vancouver Whitecaps firmly behind them with a comfortable 2-0 triumph over San Jose Earthquakes last time out. A run of four victories from five MLS fixtures (L1) sees the ‘Claret and Cobalt’ enter this round trailing Western Conference pacesetters Los Angeles by only two points. Anything other than a victory would be a massive surprise, as Pablo Mastroeni’s men have racked up an eye-catching 86% win ratio in home MLS matches this term (W6, D1). What’s more, Salt Lake haven’t lost any of their last four home league meetings with Columbus (W2, D2), netting 2+ goals in three of them.

Meanwhile, Columbus Crew come into this round off the back of a 1-1 home draw with Charlotte, their fourth winless MLS match in five (D2, L2). Columbus’ defensive woes could pose a threat to their hopes of recording only their second away league win of the season (W1, D4, L2). Caleb Porter’s players have failed to keep a clean sheet in their last five MLS games, conceding more than once in three of them. But though they’ve kept just a single clean sheet from seven top-flight travels this term, the ‘Crew’ have shipped under 1.5 goals on four of their last six league trips. 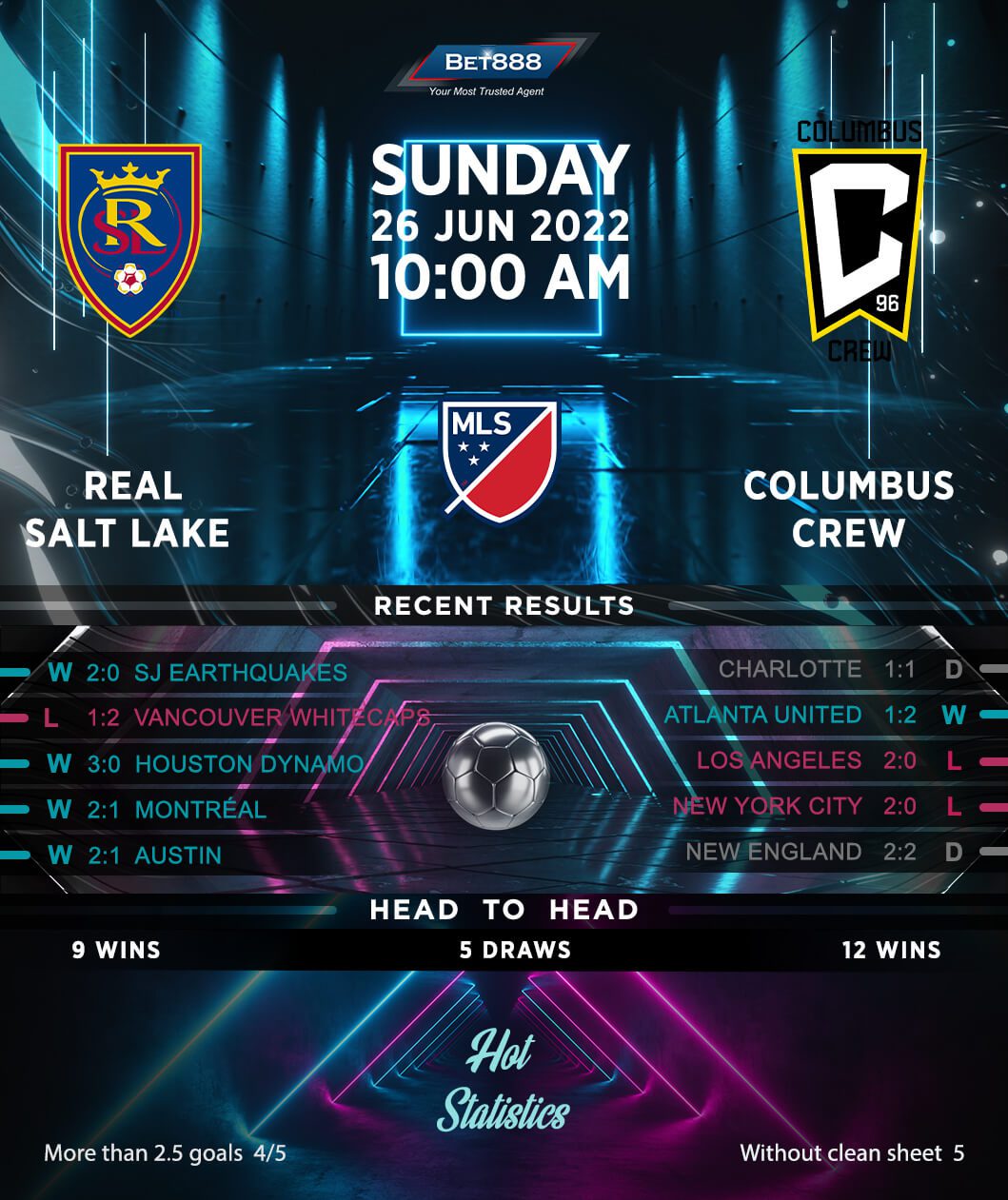