Real Sociedad and Barcelona are set to square off at Reale Arena in a top-six La Liga six-pointer.

Despite being held to a goalless home draw to fellow European bidders Real Betis last time out, Real Sociedad still have some faint hopes of reaching a top-four finish, with fourth-placed Sevilla only five points away. Coming into this matchday, ‘La Real’ are unbeaten in their last seven La Liga home matches (W5, D2), keeping a clean sheet in each, and are one shutout away from setting an unprecedented feat in the club’s top-flight history. Easier said than done, though, with Imanol Alguacil’s men suffering three defeats in their last four La Liga home meetings with Barcelona (D1), conceding 2+ goals in all four. A potential success would hinge on keeping things tight, as eight of Sociedad’s 15 La Liga victories this season have yielded the identical 1-0 scoreline.

In the meantime, Barcelona’s high-flying 15-game unbeaten La Liga streak came to a halt last time out as they succumbed to a disheartening 1-0 home reverse to relegation-threatened Cadiz (W11, D4). However, Xavi’s men can turn to their impressive road form for inspiration. Since drawing 2-2 at Espanyol in mid-february, the ‘Blaugrana’ have won four consecutive La Liga matches away from home, averaging 3.25 goals per game. By extension, Barcelona are unbeaten in their last 12 La Liga fixtures on the hostile ground (W7, D5). Conceding first may not necessarily mean defeat for Barca, given their unparalleled fighting spirit – they have come back to stay unbeaten in four out of six La Liga away matches after shipping the opening goal (W2, D2, L2). 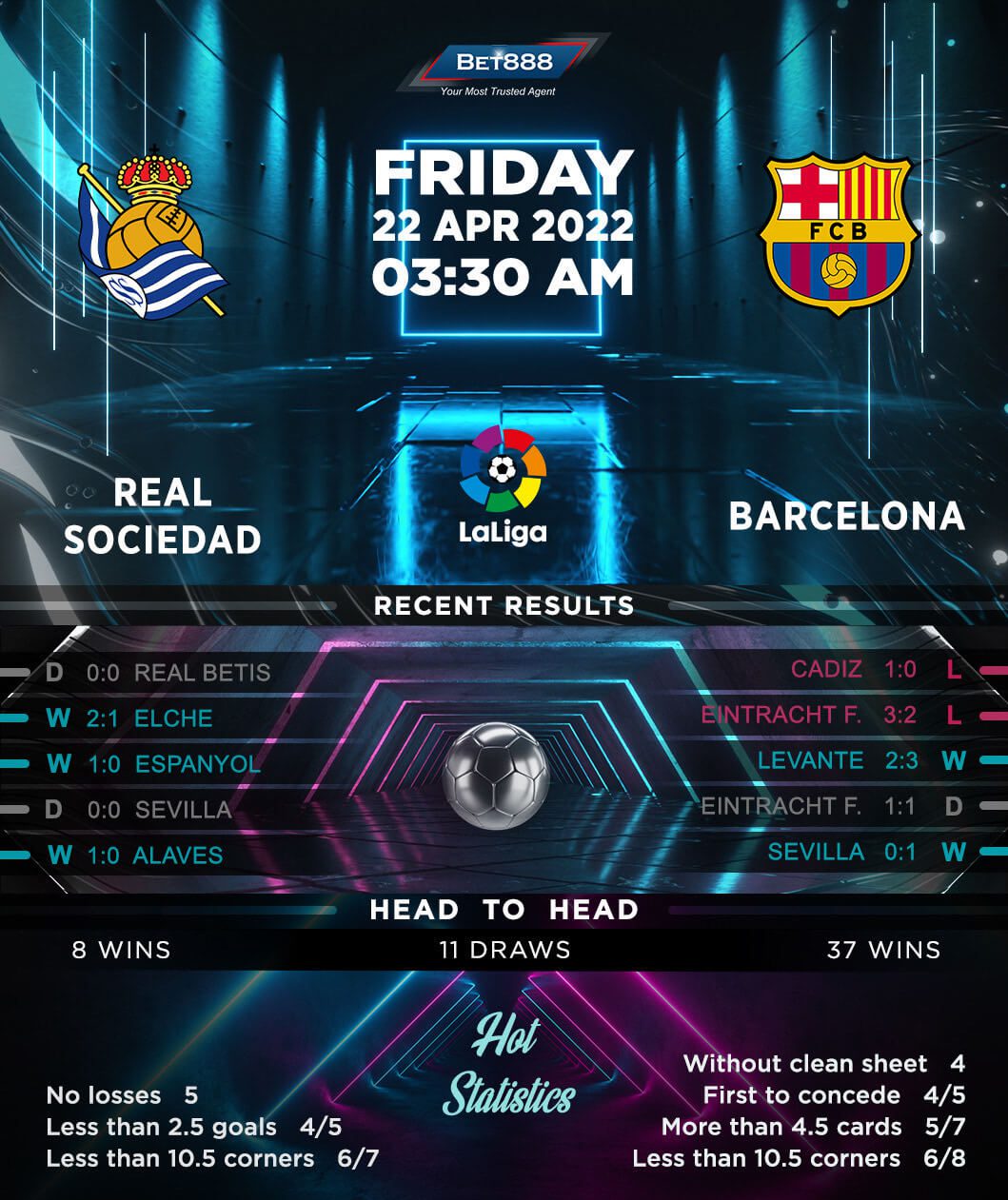