Real Sociedad and bottom-half Granada are set to trade tackles at Reale Arena in a tasty-looking La Liga fixture.

Real Sociedad closed 2021 out with a dismal 3-1 home loss to Villarreal, but they’ve gone unbeaten in all three La Liga matches this calendar year, albeit three of them ended level (W1). With fourth-placed Atletico Madrid within touching distance, ‘La Real’ will hope that their impressive top-flight H2H record against Granada of late (W7, L2) can help them maintain their hopes of securing Champions League football for next season. Coming into this matchday, Sociedad have registered three consecutive clean sheets in Spain’s elite competition, taking their tally for the season to 12. They are only two shutouts away from equalling the club’s record in the 21st century of 14 clean sheets kept in a single top-flight campaign. However, Imanol Alguacil’s men have conceded at least once in five of their last six league meetings with Granada (W4, L2).

In the meantime, Granada’s stubborn defensive display at Real Madrid came to no avail last time out as they lost 1-0 in the nation’s capital, making it three La Liga defeats in a row. As a result, the visitors head into proceedings winless in all five league matches this calendar year (D2, L3), failing to get on the scoresheet three times in that period. Following back-to-back La Liga losses ‘to nil,’ Granda stare at the prospect of losing three consecutive top-flight games without scoring for the first time since April 2017. But the ‘Nazaries’ could pose a genuine threat from long range, having scored more La Liga goals from outside the box (8) than any other side in the competition this season. Yet, it’s worth noting that they’ve drawn a blank in two of their last three league travels (D1, L2). 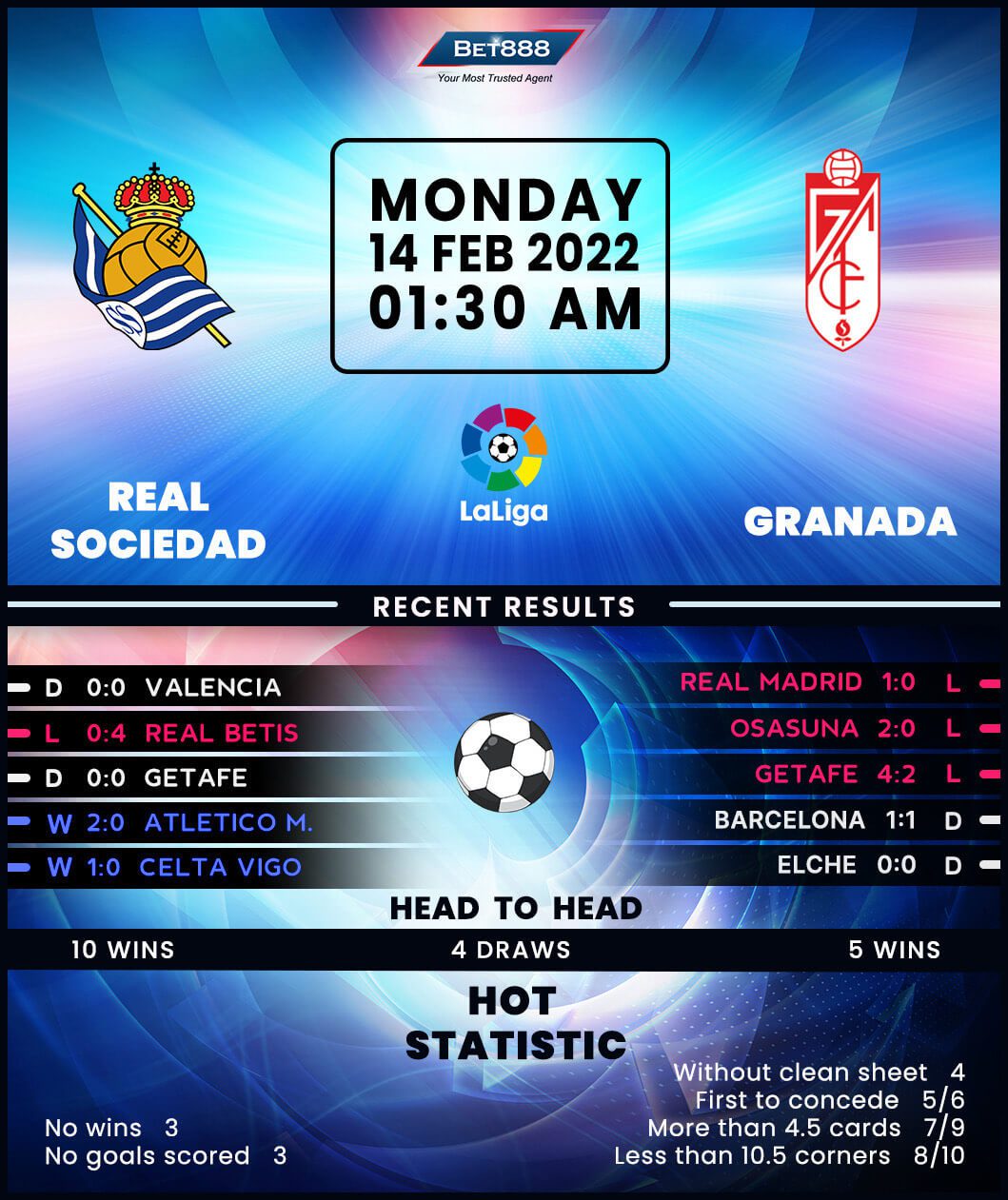