High-flying Real Sociedad and out-of-form Mallorca will trade tackles at the Reale Arena in their first La Liga encounter since January 2020.

Real Sociedad have gone from strength to strength since succumbing to a 4-2 away defeat to Barcelona in their La Liga curtain-raiser, racking up an eye-catching nine-match unbeaten streak in all competitions since then (W5, D4). Hopeful that the international break hasn’t curtailed their momentum, ‘La Real’ will look to extend their imperious H2H form, having won their last three La Liga meetings with Mallorca without conceding. Adding to their confidence, since suffering a 1-0 loss in November 2003, the Basque heavyweights have won each of their subsequent seven top-flight H2Hs on home turf by an aggregate score of 15-2. As each of their last four H2H triumphs at the Reale Arena yielded a clean sheet, Sociedad’s prospect of remaining the only La Liga side yet to concede at home this season looks probable.

Meanwhile, Mallorca’s four-match winless La Liga streak ended on the eve of the international break, courtesy of a hard-earned 1-0 home triumph over Levante. Curiously, each of the visitors’ three top-flight victories this season have yielded that identical scoreline, with the deciding goal in two of them arriving beyond the 70th minute. After losing eight consecutive La Liga visits to the Basque region, ‘Los Piratas’ have won twice across their last four such match-ups (L2), suggesting an upset could be on the cards here. Regardless of the outcome, we could be in for a cagey, low-scoring affair at the Reale Arena, as two of Mallorca’s three La Liga away games this season have featured under 2.5 total goals. Luis García Plaza’s men could be too hot to handle in dead-ball situations, having scored a league-high three goals from corners this term. 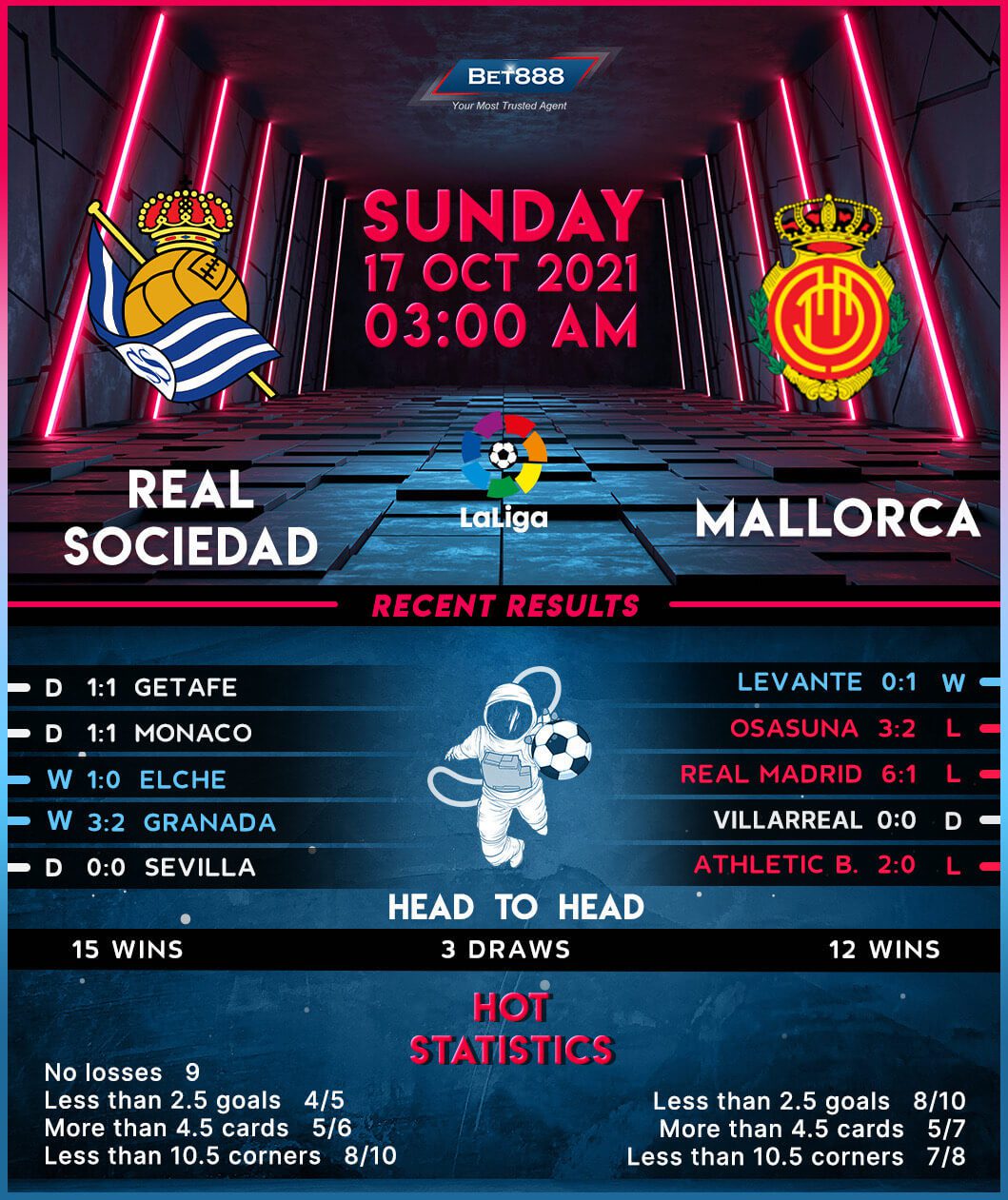