Underperforming Real Sociedad are set to encounter mid-table Osasuna in a must-win La Liga fixture as the race for the European spots starts to heat up.

It’s been a tough week for Real Sociedad, who went from losing 4-0 to fellow Basque rivals Athletic Bilbao to suffering Europa League elimination at the hands of RB Leipzig, courtesy of a 3-1 home defeat in the return leg. With just one win from their last four La Liga matches (D2, L1), ‘La Real’ now face an uphill battle to ensure a third consecutive appearance in UEFA competitions. So Sociedad will be seeking all three points against an Osasuna side they have not lost to in any of their last 11 encounters in La Liga (W6, D5), including a comfortable 2-0 victory in the reverse fixture earlier this season. But although they are unbeaten in their last eight top-flight home meetings with Osasuna (W4, D4), Imanol Alguacil’s men have faltered at Reale Arena lately, picking up just two wins from seven league outings (D3, L2).

In the meantime, Osasuna’s thumping 3-0 home loss to Atletico Madrid last time out ended their run of three league matches without defeat (W2, D1), shipping them down to the bottom half of the table. However, after suffering back-to-back away league losses ‘to nil,’ the visitors have won their last two La Liga games on hostile turf without conceding. What’s more, ‘Los Rojillos’ have gone unbeaten in their previous ten La Liga visits to Basque sides (W6, D4), notably keeping seven clean sheets in that run of fixtures. Given Osasuna’s mediocre scoring ratio of 1.25 goals per away league match, staying compact at the back could prove pivotal to their hopes of posting their first La Liga win in San Sebastian since November 2005. 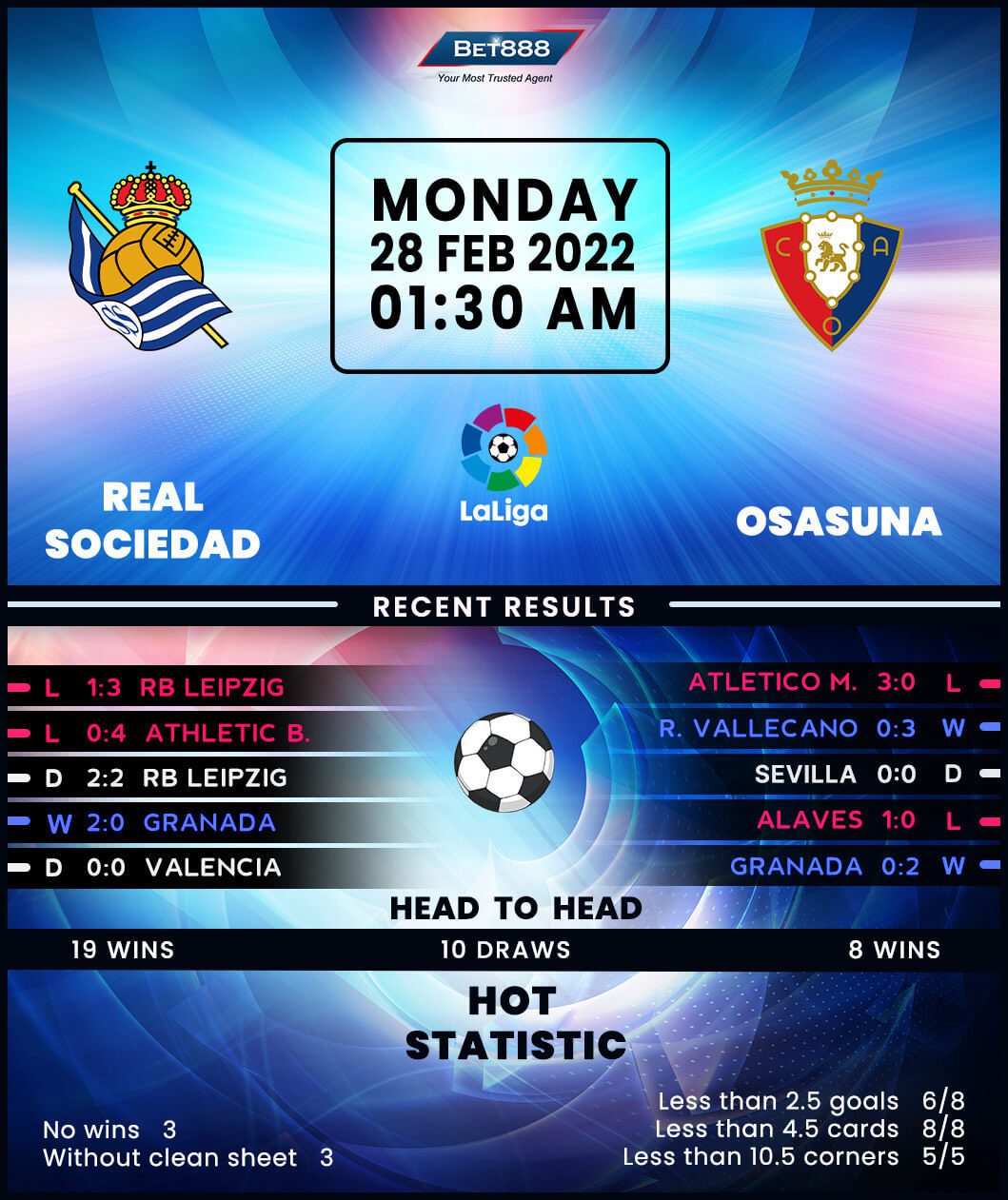