An evenly-contested UEFA Europa League play-off tie between Real Sociedad and RB Leipzig will get its conclusion at Reale Arena following an action-packed 2-2 first-leg draw in Germany.

However, Real Sociedad could feel a bit shaky going into this fixture following an embarrassing 4-0 La Liga defeat at the hands of fierce Basque rivals Athletic Bilbao at the weekend. Imanol Alguacil’s men will fall back on their decent five-game home form across all competitions (W3, D1, L1) as they look to defy their negative all-time record against Bundesliga clubs in UEFA ties (W1, L2). Unbeaten in their last five European games in San Sebastian (W2, D3), ‘La Real’ are aiming at their first-ever Europa League last-16 qualification after back-to-back failed attempts to progress from this round. There is plenty of reason for optimism in the home camp, with Sociedad successfully negotiating all three previous UEFA ties in which they drew the first leg away from home.

On the other hand, Leipzig head into proceedings having dismantled Bundesliga rivals Hertha Berlin 6-1 at the weekend, making it two wins in three away games (L1). The abovementioned first-leg draw maintained the Germans’ unbeaten European record against La Liga sides (W1, D1). However, it’s worth noting that this will be their first-ever competitive visit to a Spanish club. Having switched over from the Champions League group stages, ‘Die Roten Bullen’ will find inspiration from posting their heaviest-ever European away triumph in their most recent continental trip, courtesy of a 5-0 drubbing of Club Brugge on Matchday 5. There is a downside, though, as Domenico Tedesco’s team had lost three consecutive away fixtures in European action beforehand, conceding an alarming 11 goals in the process. 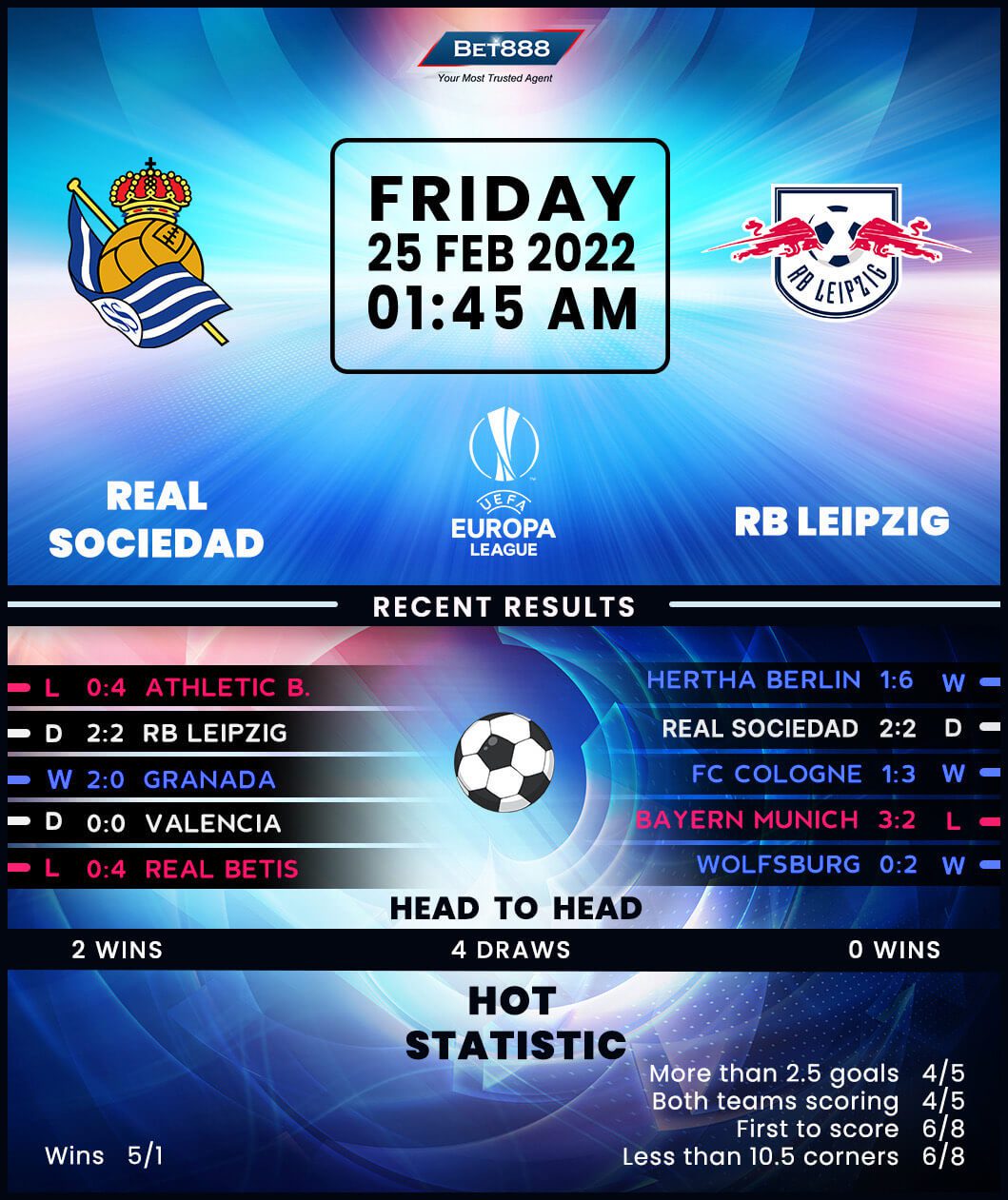