Real Sociedad pulled off massive heroics to set up this quarter-final tie, beating non-other than Atletico Madrid by two goals ‘to nil’ in the previous Copa del Rey round. Indeed, the Basque giants have been nothing short of exceptional in 2022 so far, going unbeaten in all five competitive matches (W3, D2). But an underwhelming 0-0 home draw with Getafe last time out suggests there’s no room for complacency, even though ‘La Real’ have now kept three consecutive clean sheets in all competitions. Topically, except for a disastrous 3-1 defeat at the hands of Villarreal back in mid-December, Imanol Alguacil’s men have held their opposition at bay in four of their last five competitive home outings (W3, D1), highlighting their defensive proficiency.

In the meantime, Real Betis have turned into a force to be reckoned with since the calendar year flipped to 2022, racking up four wins from five matches (D1) while netting a resounding average of 2.8 goals per game. In fact, ‘Los Verdiblancos’ have won their last three competitive outings by an aggregate score of 10-2, including a thumping 4-1 victory at Espanyol on the eve of January’s international break. High scoring has been a common theme in Betis’ recent away games, with four of their last six road trips across all competitions seeing over 3.5 goals and both teams on the scoresheet. But a record of one clean sheet from that six-game sequence means that Manuel Pellegrini’s men have to improve at the back. 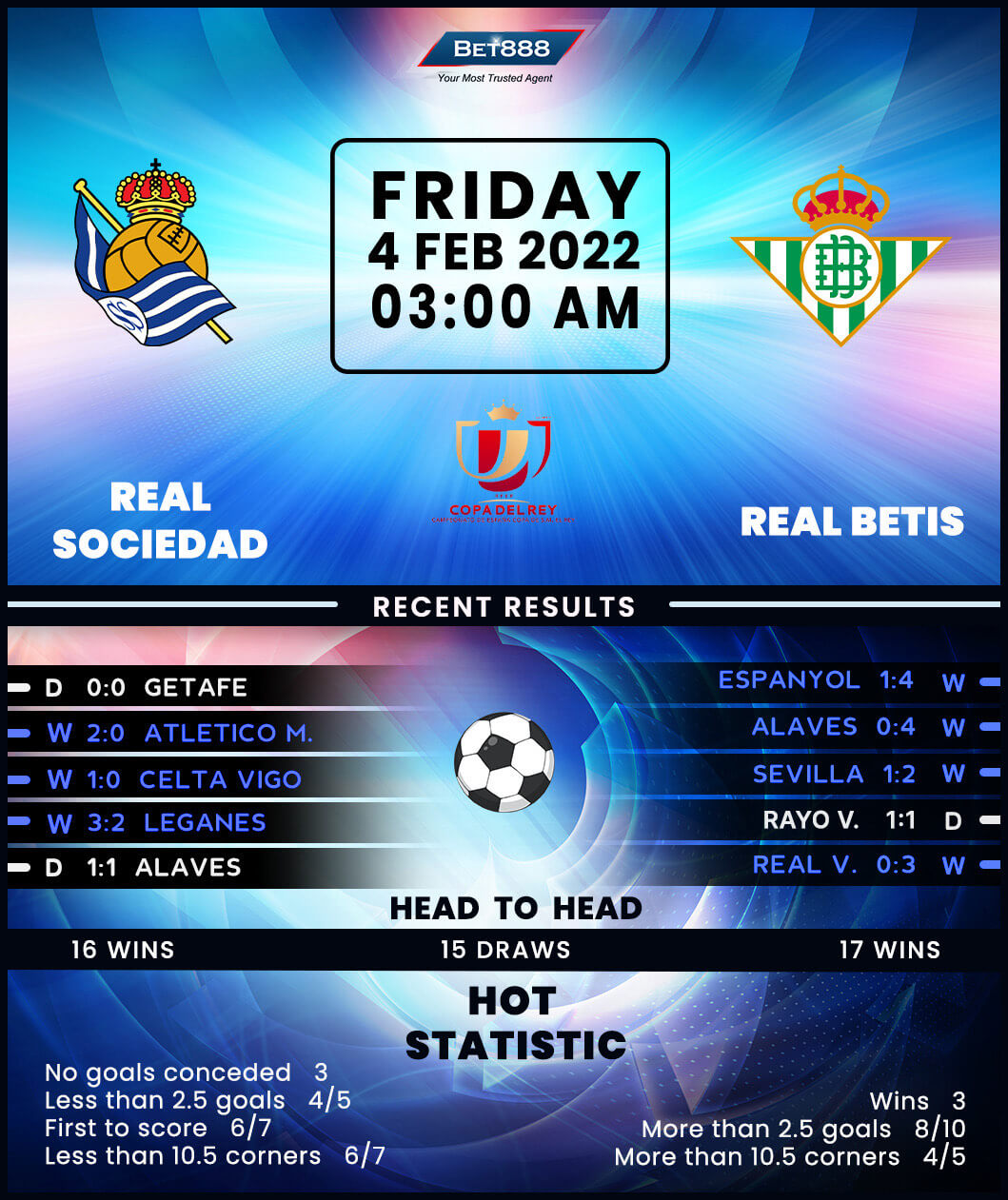