Since falling to a 4-2 defeat to Barcelona at Camp Nou on Matchday 1, Real Sociedad have turned into a force to be reckoned with, racking up an eye-catching three-game winning La Liga streak. Notably, ‘La Real’ kept a clean sheet on each occasion during that three-match run, a feat they failed to achieve throughout the whole of 2020/21. Adding to the confidence, the Basque-based giants have won their last five La Liga fixtures at home and could extend that streak to six for the first time since January 2014. That might be easier said than done, though, as Sociedad have gone winless in their last seven top-flight H2Hs (D2, L5) since a 3-1 home victory in December 2017. They have never failed to beat this opposition in eight La Liga H2Hs on the trot before.

Meanwhile, after seeing their blockbuster clash against Barcelona last weekend postponed due to returning South American stars following September’s international break, Sevilla will be looking to maintain their unbeaten start to this La Liga campaign (W2, D1). Interestingly, ‘Los Nervionenses’ have won their last three top-flight trips to Basque adversaries, as many triumphs as they managed in their previous 14 such contests in the competition (W3, D4, L7). No strangers to making strong league starts, Sevilla will go unbeaten in their first four matches of a new La Liga season for the fourth time in six years if they avoid defeat here. That prospect appears to be probable, considering that they’ve lost just one of their last five La Liga trips to Sociedad (W2, D2). 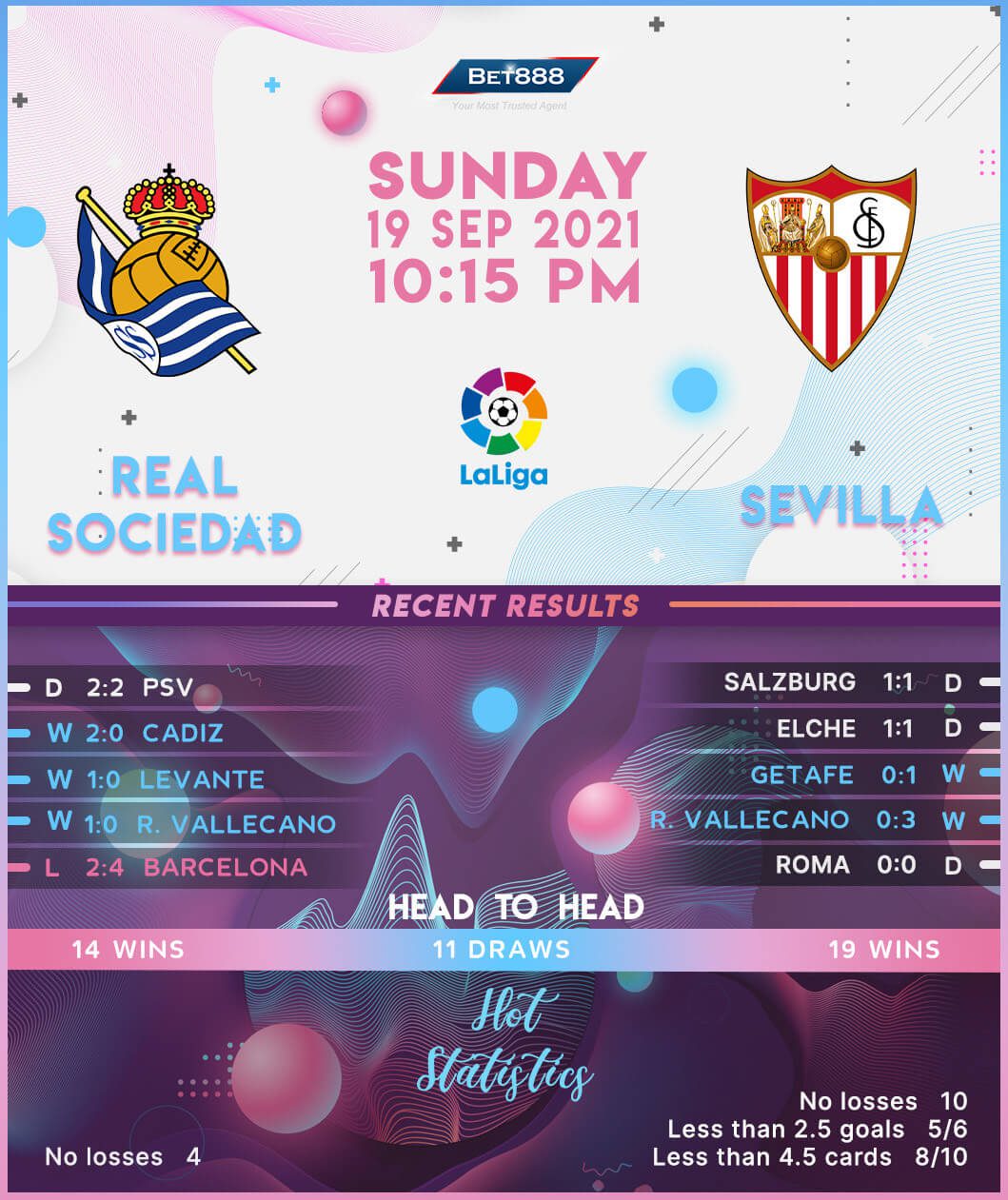