Despite the absence of star striker Shon Weissman, who tallied a whopping 20 goals in the Segunda Division last season, promoted Real Valladolid head into proceedings in high spirits. Pacheta’s men conceded a mere two goals across seven pre-season outings, showing they will be tough to crack open this term. After steering his Valladolid side back into Spain’s top-flight during his maiden season in charge, Pacheta will be desperate to avoid suffering another relegation, as was the case during his interim tutelage of Huesca in 2020/21. However, an uneventful transfer window casts doubt on Valladolid’s ambition to defy their status as hot favourites to drop back to the Segunda Division come July 2023. Villarreal’s visit on matchday one doesn’t bode well for that as ‘Los Pucelanos’ are winless in their last five top-flight H2Hs (D2, L3).

In the meantime, Villarreal’s underwhelming seventh-place La Liga finish last season cast a shadow on their impressive run to the Champions League semi-finals. Despite having a relatively quiet transfer window, ‘El Submarino Amarillo’ enjoyed a stellar pre-season campaign, racking up six wins from eight exhibition matches (D2). Curiously, each of Villarreal’s last three La Liga openers have ended as a draw, which has been the case in none of their their away league matches in 2022 (W5, L5). Worryingly, though, the visitors have failed to get on the scoresheet in 75% of their away league meetings with Valladolid. However, after winning back-to-back top-flight travels down the final stretch of last season, they could register three successive La Liga triumphs on the road for only the second time under Unay Emery. 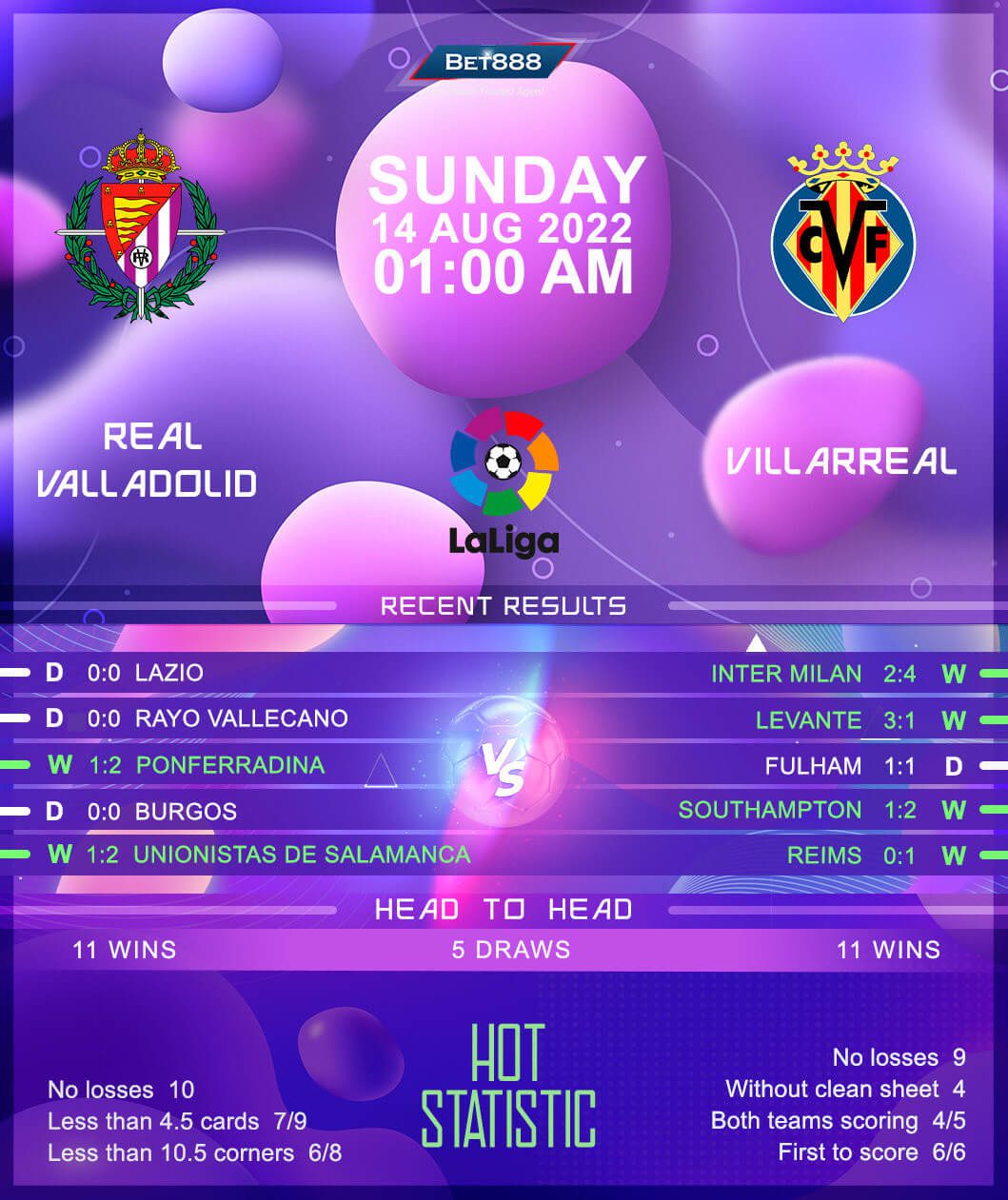