Republic of Ireland vs Belgium

Republic of Ireland vs Belgium

The Republic of Ireland and Belgium are set to face off against each other at the Aviva Stadium in an international friendly.

Heading into proceedings on a run of six internationals without losing (W3, D3), the Republic of Ireland will look to defy a substantial gulf in FIFA’s rankings against the world’s number one side. It’s been a while since Stephen Kenny’s side last suffered a home defeat in an international friendly, going unbeaten in six consecutive such fixtures (W5, D1) since a 1-0 loss to Iceland in March 2017. Iceland’s form has been off the charts since October’s international break onwards, as they’ve kept four clean sheets in as many outings in that period while netting 3+ goals three times in the process. Against this backdrop, the ‘Boys in Green’ have only registered one shutout in their last 13 H2H meetings with Belgium (W2, D5, L6).

On the other hand, Belgium have booked their place at December’s showpiece event as 2022 World Cup qualifying Group E winners, going unbeaten in all eight matches in the qualification cycle (W6, D2). Even though head coach Roberto Martinez has decided to reshuffle the deck and hand an opportunity to fringe players to show their worth, ‘De Rode Duivels’ are unbeaten in their last two international outings (W1, D1). But Belgium’s defensive frailties remain the elephant in the room, with the world’s best-ranked nation keeping just two clean sheets across their last eight matches. That shouldn’t faze Martinez’s free-scoring side, as they’ve found the back of the net in 27 consecutive internationals in the build-up to this fixture. Yet, with four of their last five friendly games featuring under 2.5 goals (W2, D3), the Dublin crowd could be in for a low-scoring affair. 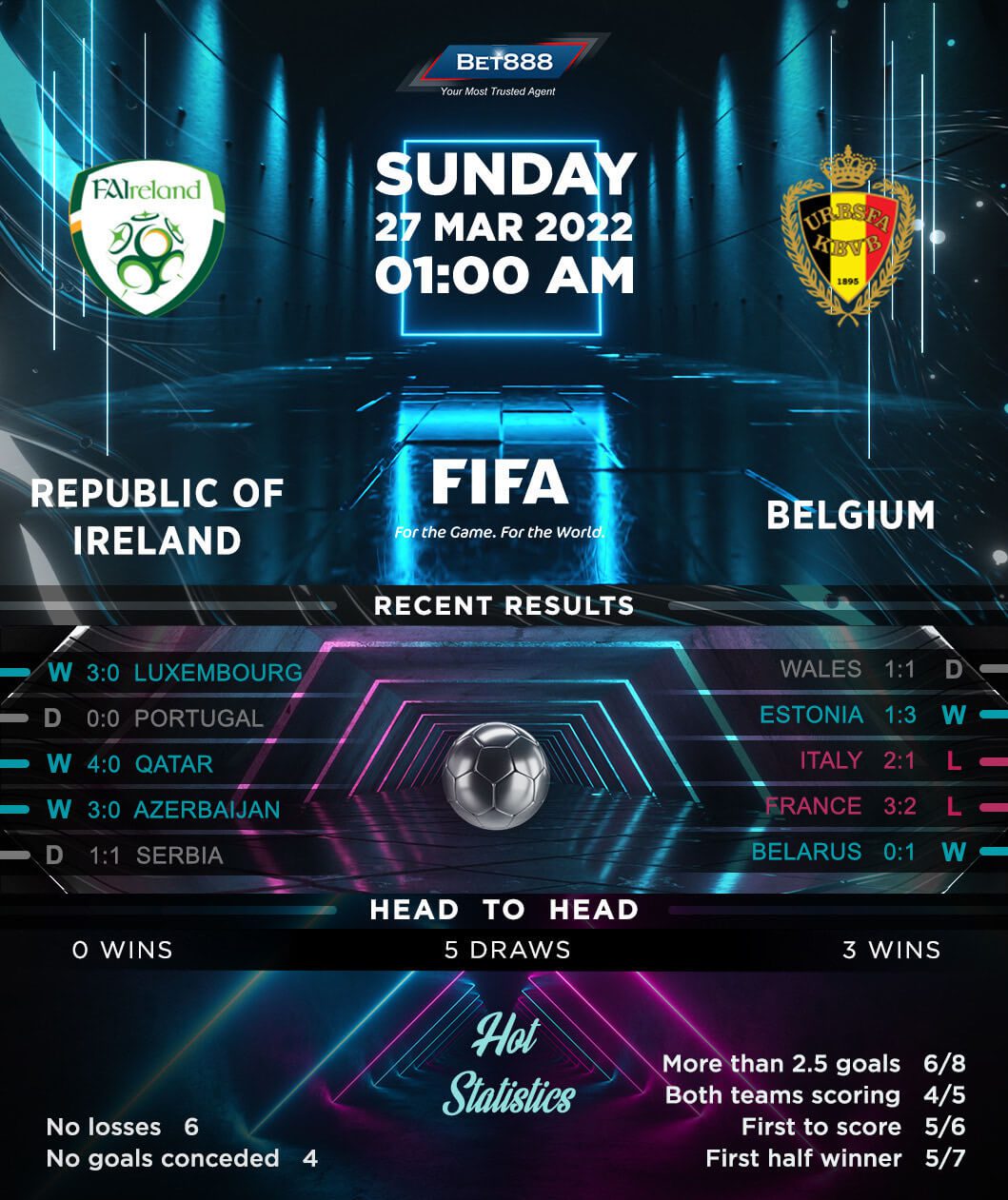