High-flying Atalanta head to the Stadio Olimpico to take on Roma, looking to post their fourth consecutive Serie A victory against this opposition for the first time in the club history.

Mid-table lethargy is in full evidence within the Roma camp, and the side’s return of a single win from their last three Serie A matches (D1, L1) very much supports this claim. With seven league games left to play, the top-four finish seems to be well beyond the realm of possibility, as ‘I Giallorossi’ trail fourth-placed Napoli eight points. Despite boasting the third-best home record this Serie A season (W11, D3, L2), both of Roma’s top-flight defeats at the Stadio Olimpico have come in the last four fixtures here (W2). The ‘clean-sheet’ theme has been vastly significant in Roma’s recent home outings in Serie A as four of the last five wins/losses here have seen the victor register a shutout. Worryingly, Paulo Fonseca’s men are winless in their previous six top-flight home meetings with Atalanta (D3, L3).

Meanwhile, Ruslan Malinovsky’s 87th-minute strike nudged Atalanta to an all-important 1-0 home triumph over Juventus last time out, stretching their winning streak in Serie A to five. Free-scoring ‘La Dea’ have netted a league-high 72 goals this season, managing an average of 2.4 goals per match across their last five Serie A outings. Delivering action from the onset, the visitors have bagged a division-high 18 first-half away goals thus far. Gian Piero Gasperini’s men have been relentless at the Stadio Olimpico lately, avoiding defeat in eight consecutive top-flight fixtures against Roma and Lazio there (W4, D4). Furthermore, the recent H2Hs stakes heavily favor Atalanta, who have suffered just one loss in their last 12 Serie A encounters with Roma (W6, D5). 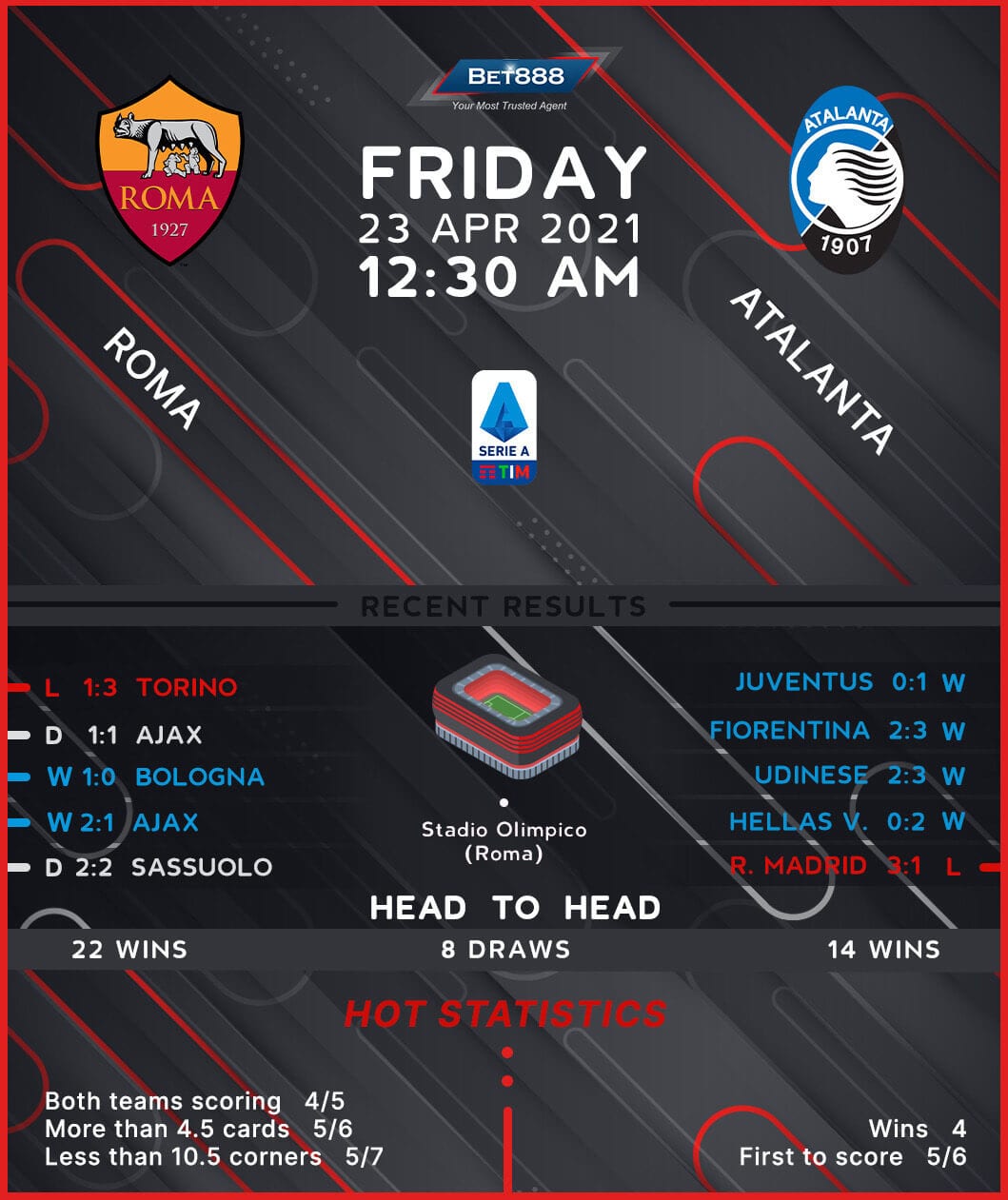