AC Milan’s pursuit of their first Serie A title since 2010/11 continues this season as they take a trip to the Stadio Arechi to take on basement boys Salernitana.

Following a brace of three-goal defeats to Lazio and Napoli, dead-last Salernitana have drawn back-to-back Serie A games with fellow bottom-half rivals Genoa and Spezia as they currently hover eight points below safety. Indeed, ‘I Granata’ are sinking without a trace after losing a league-highest 70% of their Serie A matches this season (16/23) and conceding more goals than any other side so far (53). Though it may sound bizarre, Salernitana’s ratio of one point per game in five top-flight fixtures in 2022 is a significant improvement on a dismal average of 0.4 points per match in their opening 18 league outings this season. After rescuing just one point from nine Serie A home games when conceding first this season (D1, L8), Stefano Colantuono’s men will be desperate for a strong start here.

On the other hand, AC Milan claimed a 1-0 home victory over Sampdoria last time out to regain control at the Serie A summit for the first time since the beginning of the season, making it two league wins in a row. Under Stefano Pioli’s stewardship, ‘I Rossoneri’ have racked up 33 triumphs across their 46 Serie A away matches, more than any other side in Europe’s top-five leagues in that period. Only Atalanta (30) have amassed more Serie A points on the road than Milan (29), with Pioli’s team going unbeaten in their last five league travels (W4, D1). Each of Milan’s four wins in that five-game sequence saw the seven-time European champions score 2+ goals, which has been the case in all of their five previous Serie A meetings with Salernitana (W4, L1). 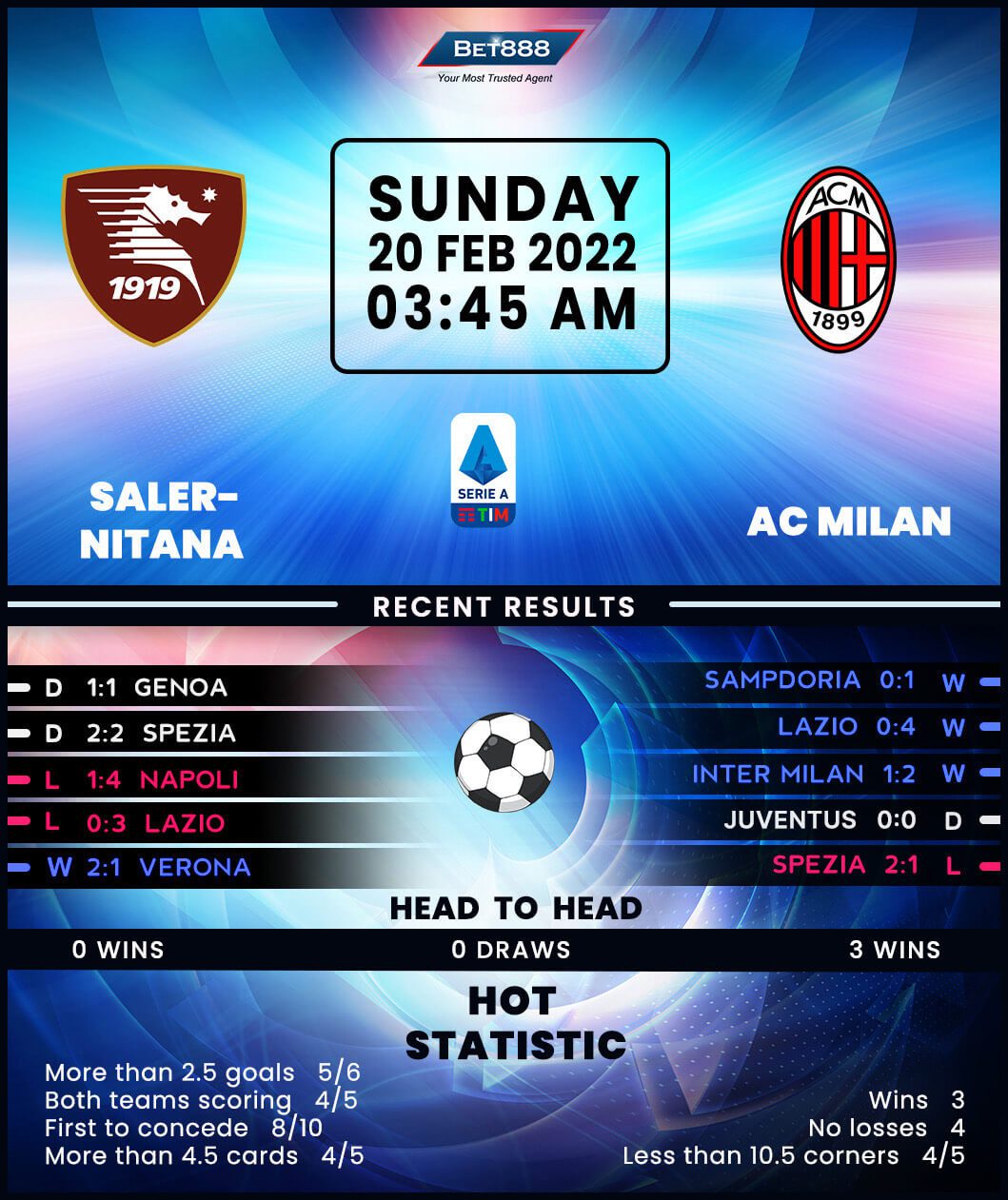