Red Bull Arena is the venue as RB Salzburg and Bayern Munich go head-to-head in the first leg of their exciting UEFA Champions League last-16 tie.

Salzburg left the likes of Sevilla and Wolfsburg in their wake en route to securing a runner-up finish in Group D, behind table-topping Lille, to make it out of the Champions League group stages for the first time in the club’s history. However, ‘Die Roten Bullen’ will face one of the most formidable challenges in European football as they go up against a Bayern side they’ve lost to in both previous Champions League encounters by an aggregate score of 9-3. Salzburg’s recent European record against Bundesliga sides cannot offer much comfort to the 33-year-old manager Matthias Jaissle, with the perennial Austrian Bundesliga champions going winless in five of their last six such fixtures (D1, L4). Additionally, they have conceded a staggering 18 goals in that six-game sequence, suggesting the potential for another leaky European day.

In the meantime, Bayern Munich have qualified for the Champions League knock-outs as one of three sides to have won all six group outings, doing so by a resounding 22-3 aggregate scoreline. The ‘Bavarians’ will now be looking to make a perfect seven-game start to Europe’s elite competition for the second time in the club’s history. There is plenty to look forward to if you’re a Bayern fan, with the record-time German champions going unbeaten in their last 21 away matches in the Champions League (W17, D4), setting an unprecedented milestone in the competition’s history. What’s more, Bayern have come out on top of their three previous European knock-out ties against Austrian opponents, though it’s worth noting that their last such engagement dates back to the 1986/87 European Cup campaign. Yet, a dismal 4-2 defeat at the hands of Bochum at the weekend should serve as a warning to Julian Nagelsmann’s side not to take any fixture lightly. 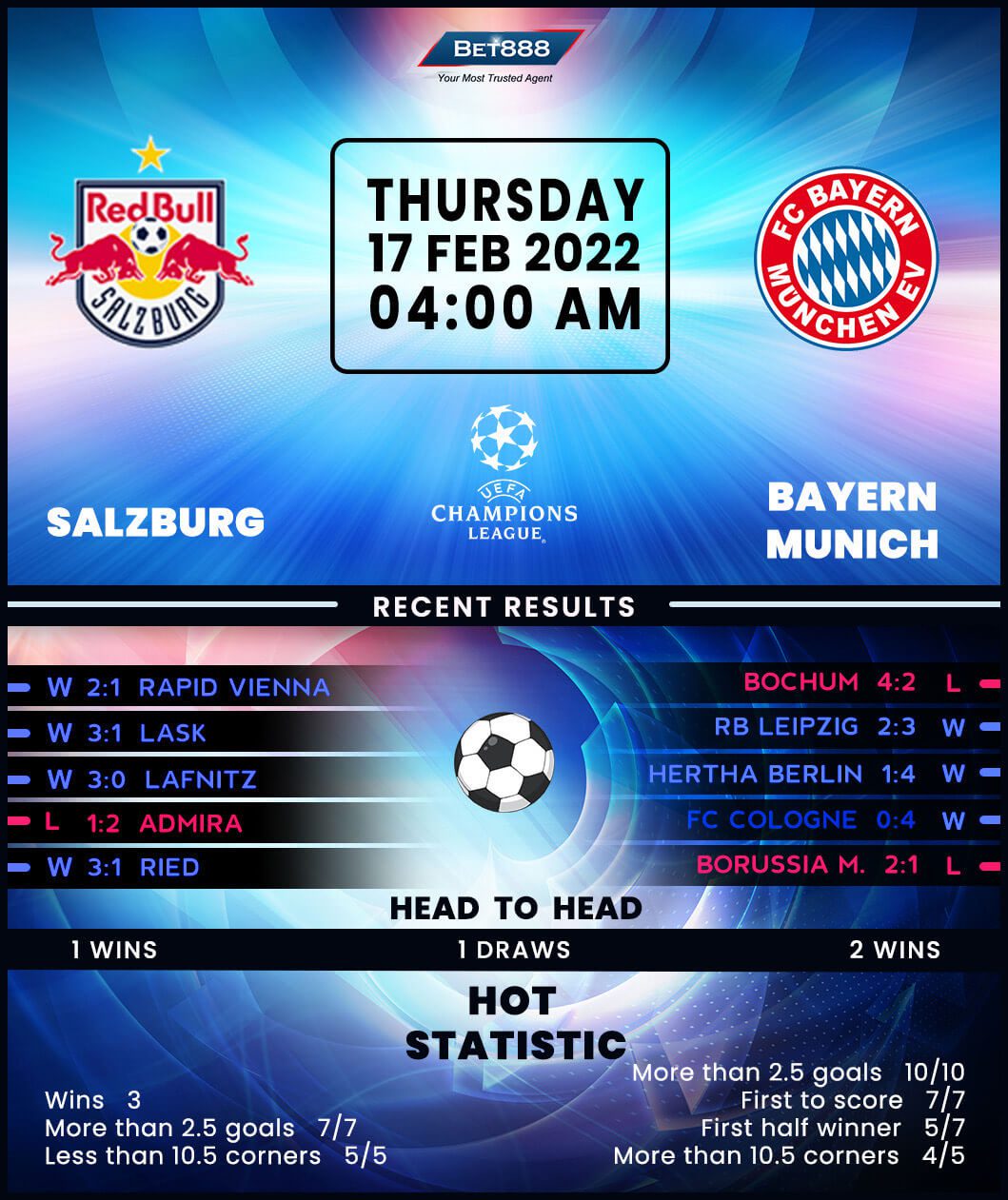