Sampdoria’s underwhelming 15th-place finish in the 2021/22 Serie A season marked their worst top-flight final rank since their relegation to Serie B in 2010/11. Sampdoria’s disappointing finish last season came due to their abysmal form in 2022, with no other Serie A side losing more league matches than ‘La Samp’ (13) this calendar year. It gets worse, as Marco Giampaolo’s men have won just one point from their last four Serie A home meetings with Atalanta (D1, L3), conceding 2+ goals in all three defeats. On top of that, ‘I Blucerchiati’ have started the last four top-flight seasons with a loss, failing to score a single goal across those matches.

Meanwhile, Atalanta’s frustrating 2021/22 Serie A season saw them finish outside the top seven for the first time since 2015/16. Without the distraction of European football, ‘La Dea’ will be looking to improve this term. The Matchday 1 trip to Sampdoria promises a strong start, with Atalanta winning their last three top-flight H2Hs for the first time in the club’s history. Moreover, Gian Piero Gasperini’s men have started each of the previous four Serie A campaigns with a victory, netting an average of 3.3 goals per game. But an indifferent four-game away league form down the final stretch of last season (W2, L2) adds to the unpredictability of this clash. 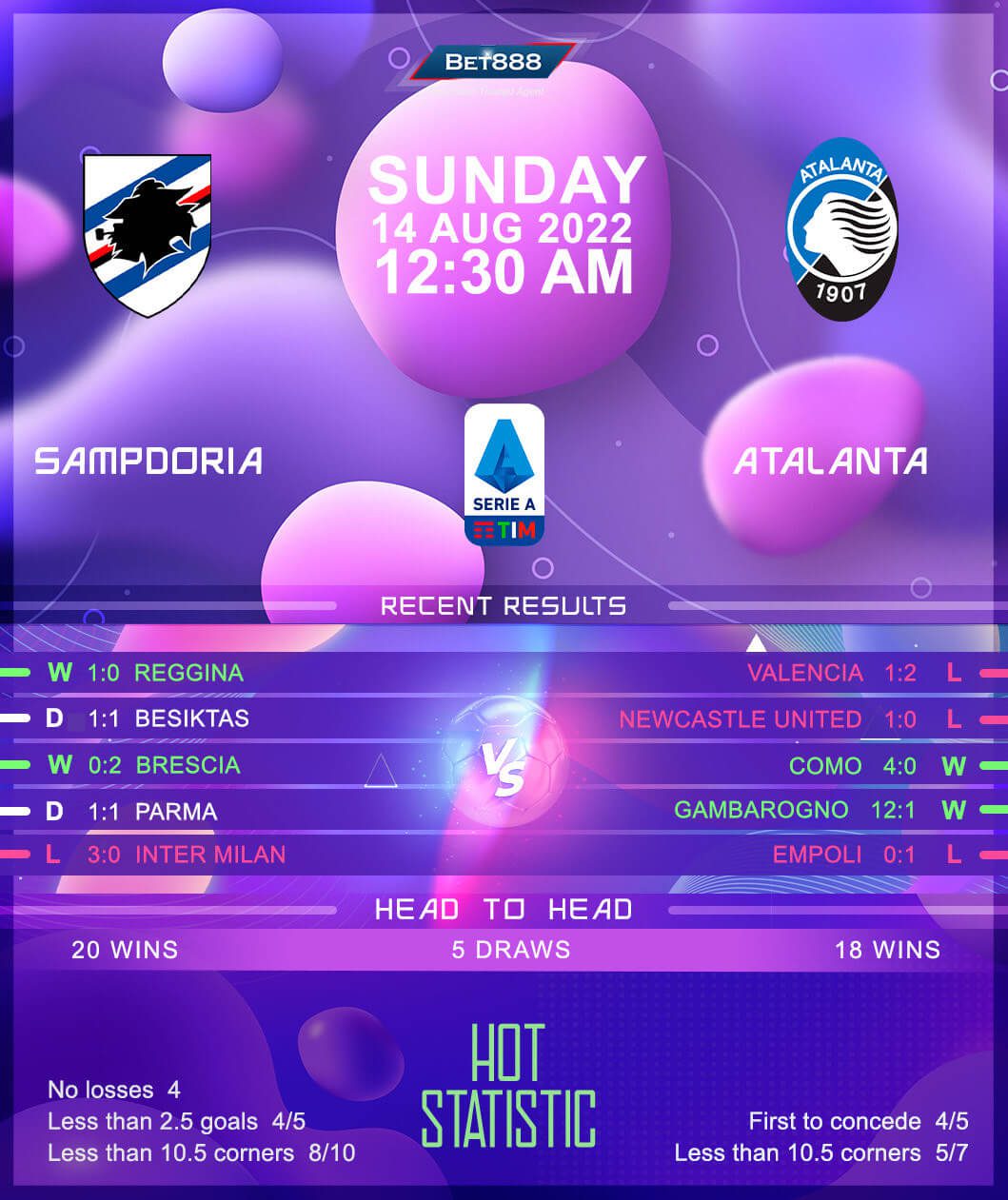