Juventus will travel to the Stadio Luigi Ferraris to take on bottom-half Sampdoria in another seemingly winnable Serie A fixture.

Sampdoria’s hopes of avoiding relegation this season have suffered a brace of setbacks as they’ve lost their last two Serie A matches by an aggregate score of 6-1. With 18th-placed Venezia breathing down their necks, Marco Giampaolo’s men will take on a Juventus’ side they’ve not drawn a top-flight H2H against across their last 14 Serie A encounters (D2, L12). It’s not all lost yet for Sampdoria, though, given that they’ve won both previous Serie A home games by an aggregate score of 6-0 as they entertain the prospect of winning three league fixtures at home in a row for the first time since January 2019. Much of those hopes will depend on how they start the match, having won just one of 16 Serie A outings in which they conceded first this season (D3, L1).

On the other hand, Juventus squeezed past a spirited Spezia side 1-0 last time out, taking their impressive unbeaten run in Serie A to 14 games (W9, D5). Indeed, no Serie A side has won more league points since the calendar year flipped to 2022 than ‘I Bianconeri’ (19 – W5, D4), who remain one of only five clubs in Europe’s top-five leagues yet to lose a league match this year. Furthermore, Massimiliano Allegri’s men have put together eight Serie A away fixtures without losing (W5, D3) since a 2-1 defeat at Hellas Verona in late October, their longest such streak in the competition since 2019. Yet, it’s worth noting that they’ve failed to keep a clean sheet in three of their four Serie A travels in 2022, conceding an average of two goals across those three matches. 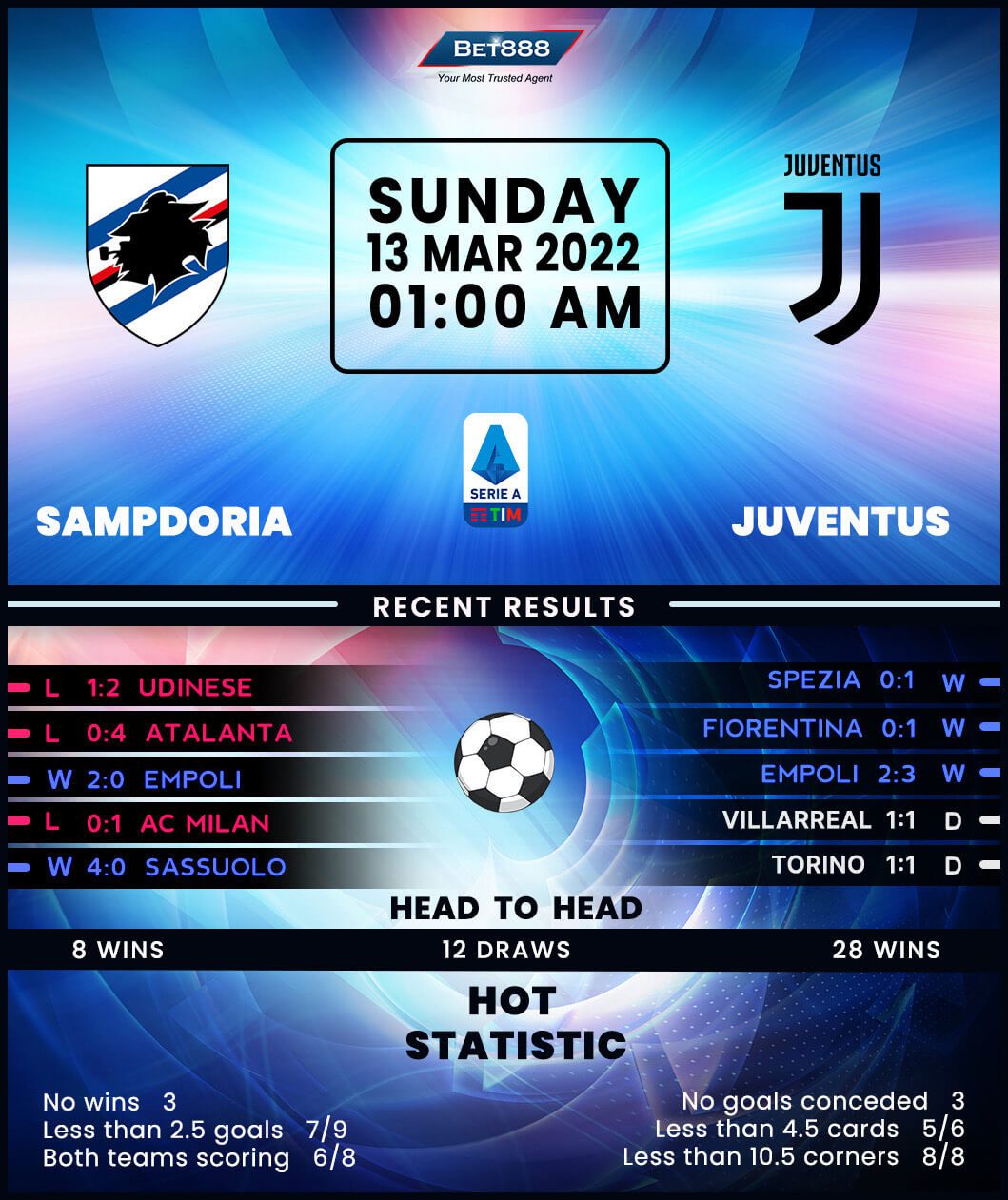