Stadio Luigi Ferraris is the venue as bottom-half Sampdoria take on European hopefuls Roma in an exciting Serie A showdown.

Sampdoria picked up a vital 2-0 win away to relegation-battling Venezia on the cusp of the international break to end a run of three consecutive Serie A defeats and ease some pressure on their manager Marco Giampaolo. Despite winning just three of his eight Serie A matches in charge (L5), Giampaolo (1.13) still boasts a better points-per-game ratio than his predecessor Roberto D’Aversa (0.91). Keeping things tight at the back has been key to Sampdoria’s success under Giampaolo, with each of their three league wins under his stewardship coming by 2+ goals ‘to nil.’ Interestingly, none of La Samp’s last 11 top-flight outings have ended level (W3, L8), highlighting the potential for an unpredictable affair. On the bright side, they are unbeaten in 11 of their last 13 Serie A H2Hs as hosts (W5, D5).

In the meantime, Roma headed into March’s international break in high spirits, having hammered arch-rivals Lazio 3-0 in the last installment of the famous ‘Derby della Capitale.’ Jose Mourinho’s men go into this matchday unbeaten in their last nine Serie A matches (W5, D4) and could make it ten on the trot for the first time since 2015/16 by avoiding defeat at Ferraris. Yet, after being held to a 1-1 draw in the reverse fixture earlier in the season, Roma face the prospect of going winless in both seasonal league meetings with Sampdoria for the first time since the 2017/18 campaign. A lack of consistency could throw a spanner in the works as ‘I Giallorossi’ have alternated between winning and not winning across their last 11 Serie A away games, only one of which ended level (W5, L5). 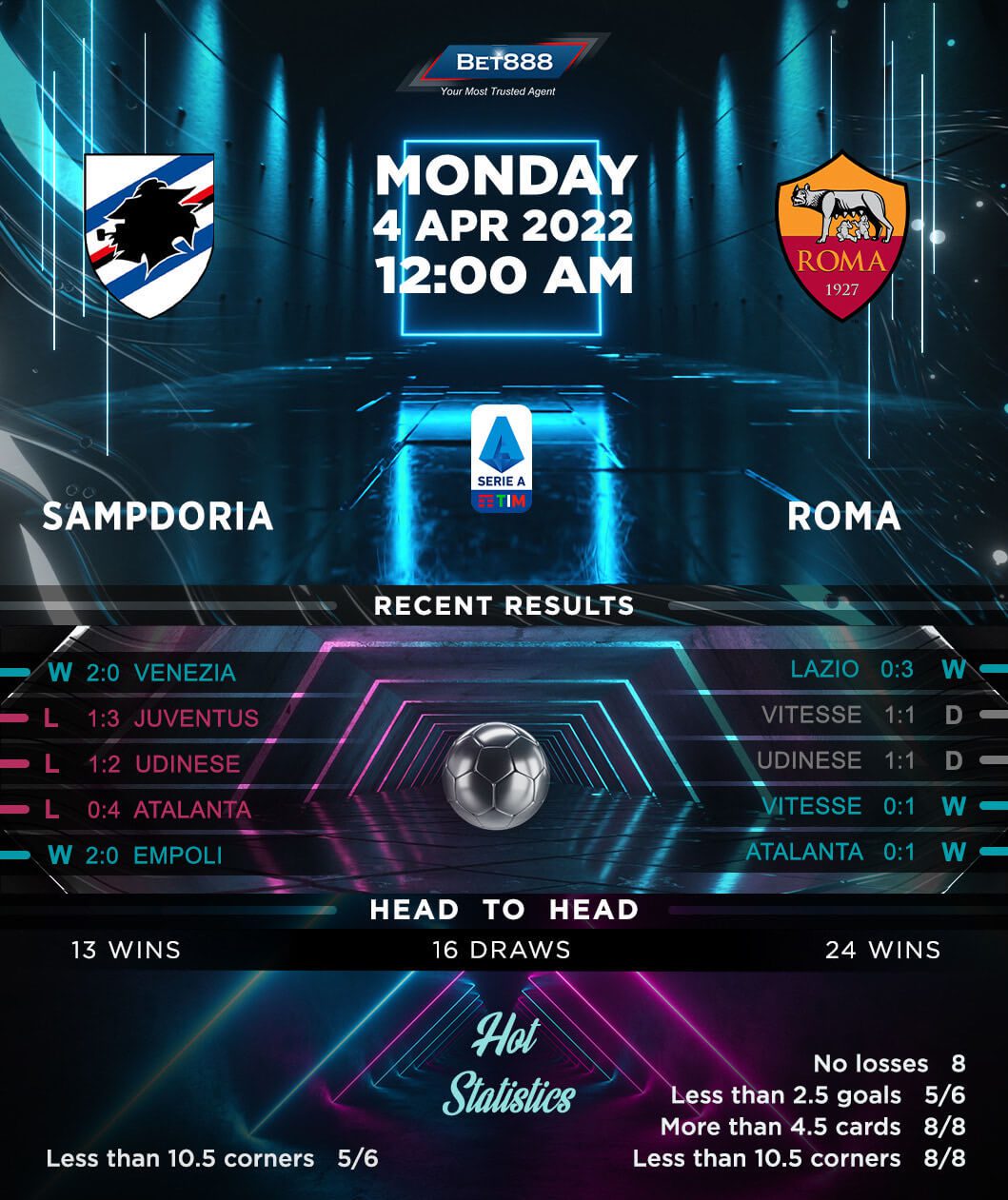