PayPal Park is the venue as San Jose Earthquakes and Chicago Fire lock horns in a clash between the two Major League Soccer strugglers.

San Jose Earthquakes have alternated between drawing (2) and losing (2) across their last four MLS fixtures since a 3-2 beating of Portland Timbers in mid-May. Nailed to the bottom of the Western Conference, nine points adrift of seventh-placed Los Angeles Galaxy, the ‘Quakes’ need to launch a substantial winning streak to get back in the playoff picture. The upcoming match-up against Chicago sounds like a good starting point, as they’ve won both previous MLS H2Hs by a 2+ goal margin. Moreover, Alex Covelo’s men are unbeaten in their last seven league outings at home (W3, D4), netting 2+ goals in five. Far more comfortable on home turf, San Jose have registered a clear majority (68%) of their MLS goals at home (17/25).

In the meantime, travelling Chicago Fire haven’t drawn any of their last five MLS matches (W2, L3), four of which witnessed the winner keep a clean sheet. After a hard-fought 1-0 home triumph over Philadelphia Union last time out, they could post back-to-back MLS wins for only the second time this season. Achieving that feat is necessary as Ezra Hendrickson’s men look to whittle down a seven-point deficit on the Eastern Conference playoff territory. However, a dreadful run of six defeats from their last seven away league fixtures (D1) suggests they are a doomed outfit ahead of the kick-off. 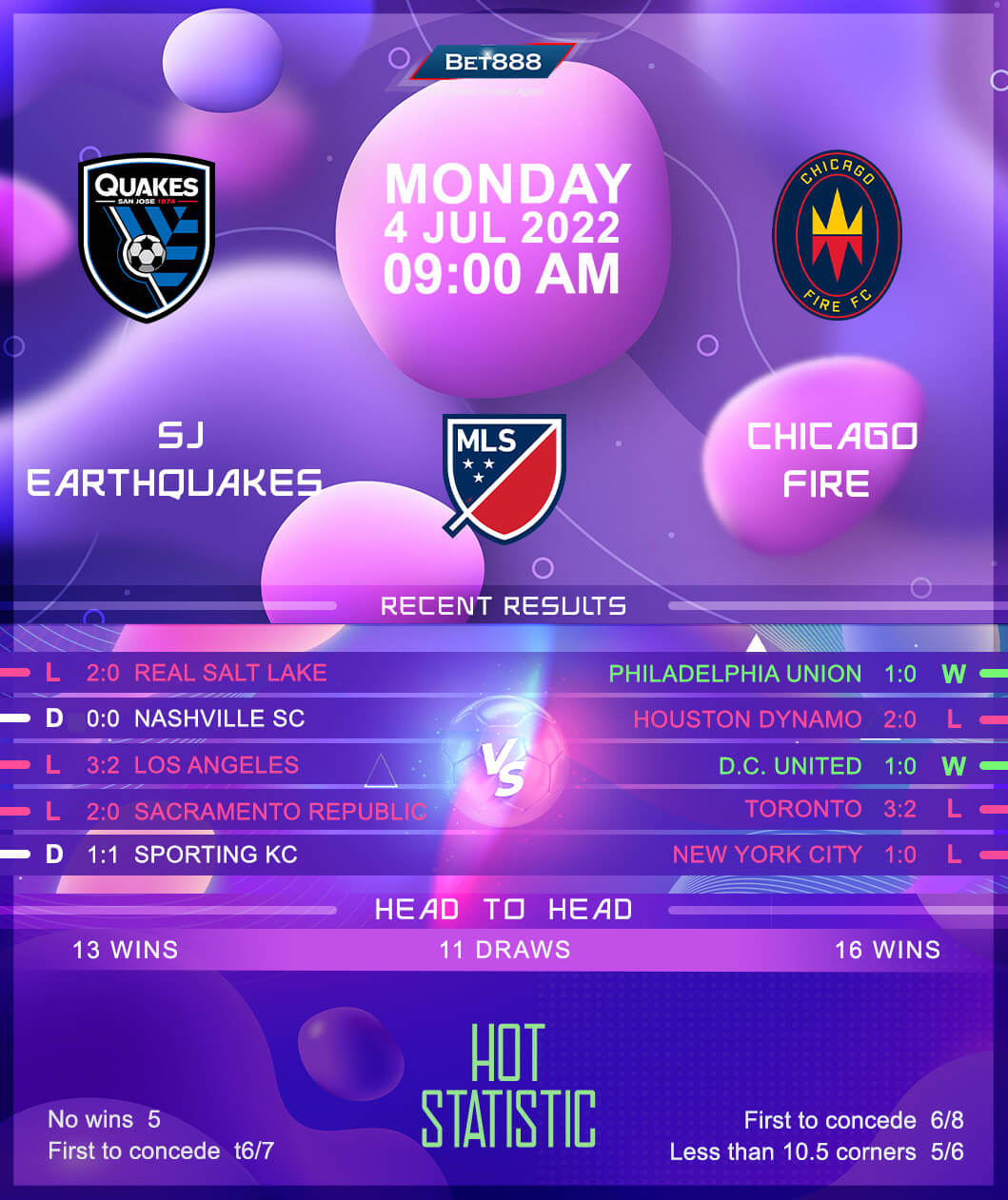