Mapei Stadium is the venue as Sassuolo and Fiorentina go head-to-head in a handsomely-looking Serie A match-up.

Sassuolo stunned reigning Serie A champions Inter Milan with a 2-0 away win last time out, snapping a run of four league matches without winning (D2, L2). But, ‘I Neroverdi’ have struggled to impress on home turf of late, with no win for them across their last four Serie A games at Mapei (D2, L2). Yet, Sassuolo have seemingly had Fiorentina’s number in recent years, having gone unbeaten in seven of their last eight Serie A H2Hs (W4, D3), including a ‘goal-friendly’ 2-2 draw in the reverse fixture back in December. Another high-scoring affair could be on the cards, as nine (69%) of Sassuolo’s 13 Serie A home outings this season have featured over 2.5 total goals. Still, Alessio Dionisi’s men remain one of only three Serie A teams yet to score within 15 minutes of home league action this term.

Meanwhile, Fiorentina have bounced back from an underwhelming 3-0 home defeat to Lazio in early February with back-to-back one-goal margin successes against Spezia and Atalanta. With fourth-placed Juventus only five points away, ‘La Viola’ harbour genuine hopes of securing their first top-four Serie A finish since 2014/15 this season. However, to accomplish that, Vincenzo Italiano’s men will need to step up their away performances after winning just once in their last four Serie A road trips (D2, L1). Each of the three matches they didn’t win in that four-game sequence saw Fiorentina score under 1.5 goals, which could be a problem moving forward. But the goals should not be a problem here, as they’ve netted an average of two goals per game across their last three Serie A visits to Mapei. 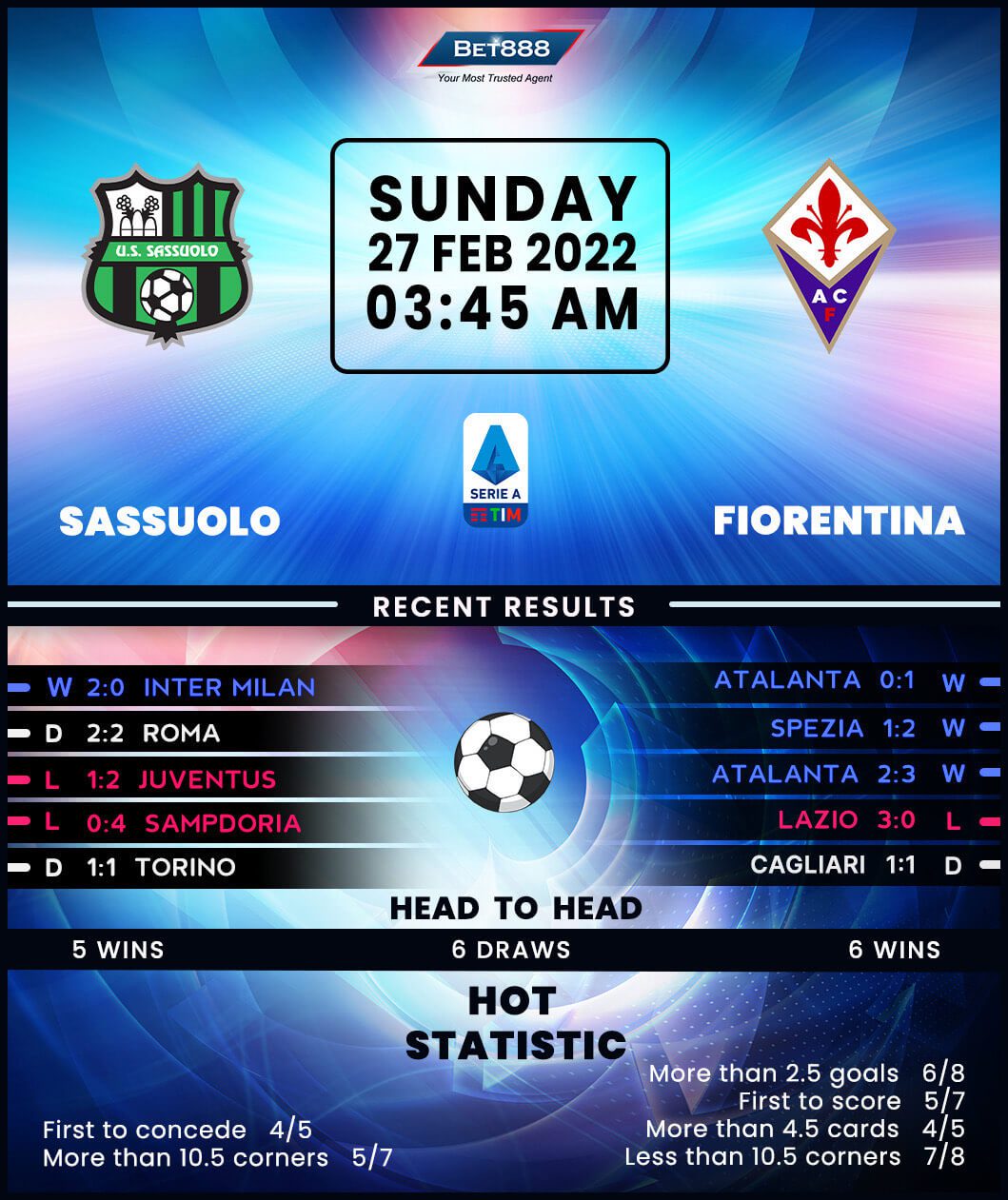