Mid-table Sassuolo will be looking to rediscover their mojo when they meet seventh-placed Roma at the Mapei Stadium.

Despite going winless in their last three Serie A matches on the trot (D1, L2), including a 4-0 thumping at the hands of Sampdoria last time out, Sassuolo face no imminent threat of being sucked into a relegation battle. However, there’s plenty of room for improvement, especially at the Mapei Stadium, where they’ve only won once in their last seven Serie A fixtures (D3, L3). Moreover, since beating basement boys Salernitana 1-0 in late September, Alessio Dionisi’s men have gone nine consecutive Serie A home matches without a clean sheet, conceding 2+ goals six times in the process. On the bright side, though, the hosts are unbeaten in their last three Serie A H2Hs at the Mapei Stadium (W1, D2) after losing their first five such encounters in the competition.

In the meantime, a disappointing 2-0 loss to Inter Milan in midweek Coppa Italia action saw manager Jose Mourinho lash out at his players, urging some of his underperforming stars to leave Rome at the end of the season. Even though they go into this matchday unbeaten in three successive Serie A matches (W2, D1), a goalless home draw with warm relegation candidates Genoa last time out suggests ‘I Giallorossi’ are not having the best of times. Yet, another win/draw in Emilia-Romagna would see the visitors go unbeaten in four Serie A fixtures in a row for the first time since January 2021. Interestingly, none of Roma’s 11 Serie A away games this season have ended as a draw (W5, L6), with Mourinho’s side alternating between victories (4) and defeats (4) across their last eight league travels. 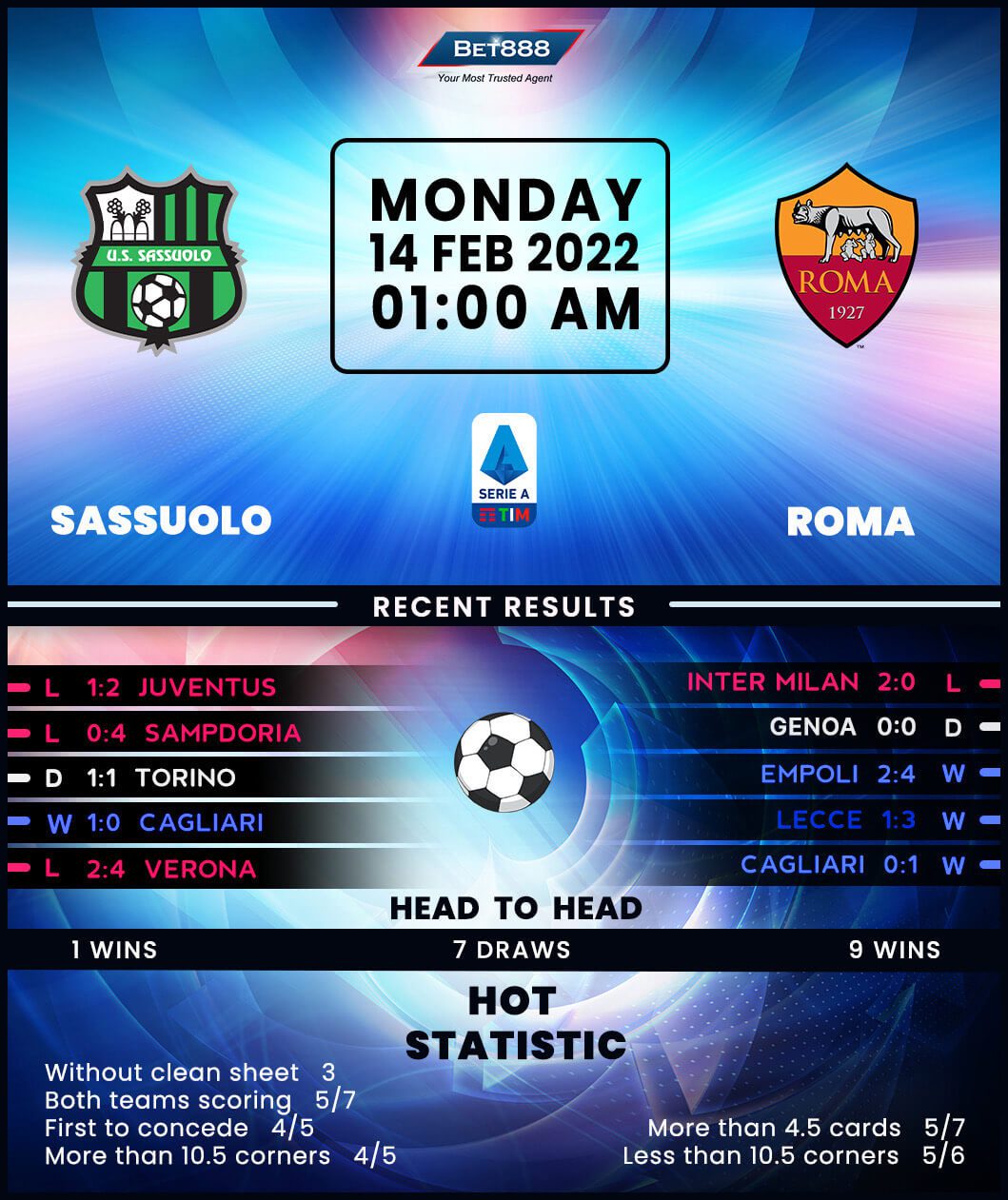