Despite going from consecutive victories in World Cup qualifying Group B to back-to-back section outings without winning (D1, L1), Saudi Arabia have booked their place at Qatar 2022 with a match to spare. Much of the credit for Saudi Arabia’s second consecutive progression into the final tournament has to be pinned on their impressive home form. The ‘Green Falcons’ have won all four 2022 World Cup qualifiers at home by an aggregate scoreline of 8-3, though their last three such wins have yielded a narrow one-goal margin each. Particularly dangerous beyond half-time, Herve Renard’s men have registered a clear majority (75%) of their home goals scored in the ongoing qualifying campaign in the second half of play (6/8).

In the meantime, Australia’s path to Qatar 2022 will continue in the dreaded inter-confederation play-offs after an underwhelming 2-0 home defeat to Japan last time out condemned them to a third-place finish in Group B. Though the outcome of this encounter won’t affect the final standings, the ‘Socceroos’ will be keen to snap their frustrating run of three World Cup qualifying away games without winning (D2, L1). Australia’s defensive woes have seen them concede an average of 1.66 goals per match during that three-game sequence, with four of their five goals shipped in that time arriving beyond half-time. But the Saudi fans could be in for a threat as both of their last two competitive H2Hs on this soil have featured both teams scoring in matches garnering 4+ goals. 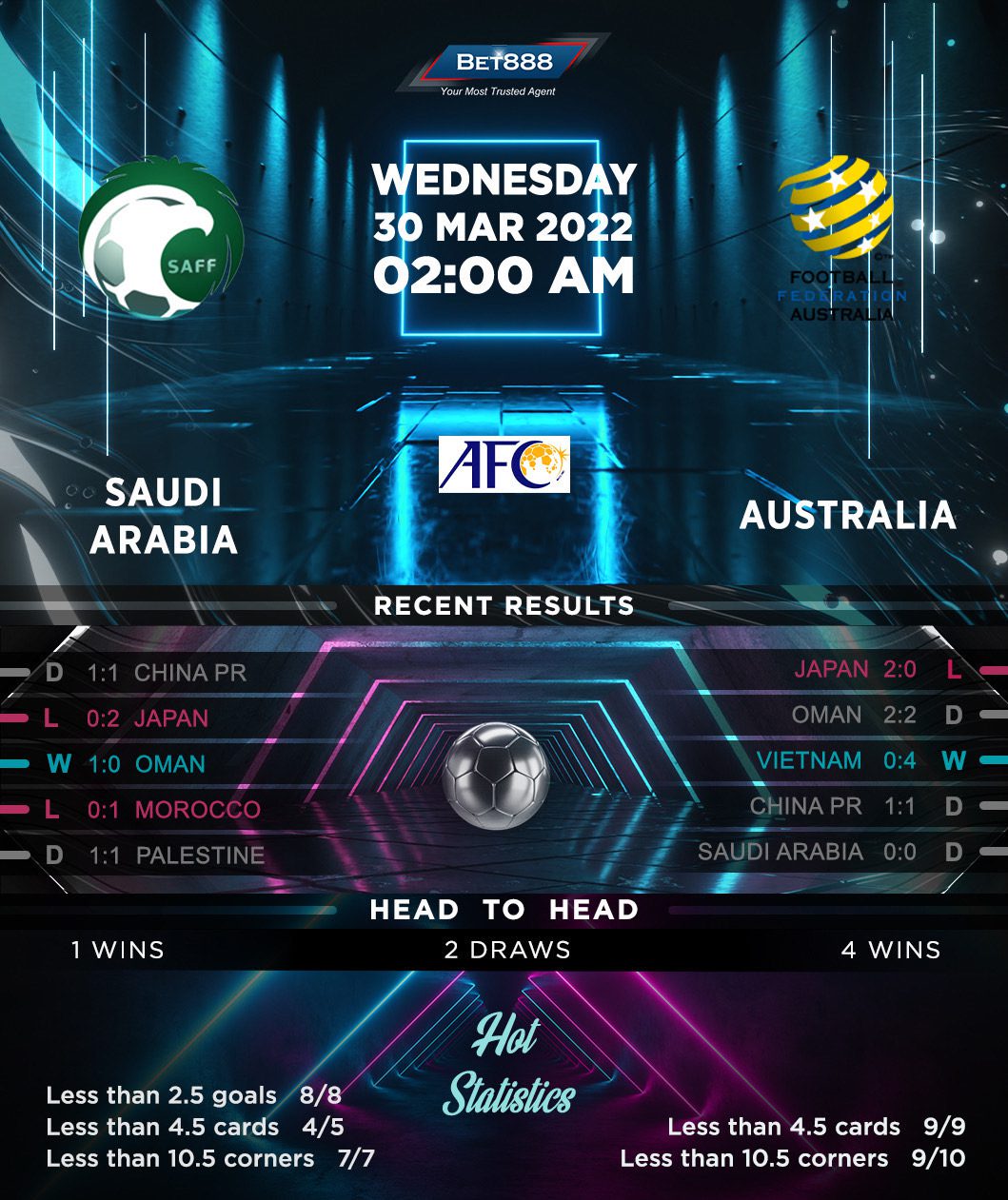