Veltins Arena is the venue as relegated Schalke 04 meet relegation-threatened Hertha BSC in a potentially season-defining Bundesliga fixture for the visitors.

It’s been a thoroughly underwhelming calendar year for Schalke so far, as they’ve secured just two victories in 18 Bundesliga matches (D3, L13), losing the last three in a row by an aggregate score of 9-2. Coming into this matchday, ‘Die Königsblauen’ have suffered a league-high ten league defeats at home and are one loss away from setting a negative club record in the top-flight. Furthermore, Dimitrios Grammozis’ men face the risk of completing the 2020/21 campaign as the only side to fail to smash a 10-goal barrier for goals scored at home (9 so far). Encouragingly, though, they take on a team they’ve outscored in 11 of their last 12 Bundesliga matches at home, with a 2-0 loss in September 2018 being the solitary exception in this run.

As for Hertha, they have drawn four of their last five Bundesliga fixtures (W1), one more stalemate than they had in their previous 15 outings in the competition (W3, D3, L9). Since a 3-0 thumping of Augsburg in mid-November, ‘Die Alte Dame’ have gone winless in 11 Bundesliga trips on the trot (D6, L5), scoring under 1.5 goals on each occasion in that spread of games. In fact, only Schalke (4) have collected fewer away Bundesliga points than Hertha (12) this season. Pal Dardai’s men have kept a clean sheet in back-to-back league matches ahead of this trip and are looking to register a third consecutive Bundesliga shutout for the first time since December 2019. The visitors have recorded 69.57% of their total away Bundesliga goals conceded this term in the second half of play (16/23). 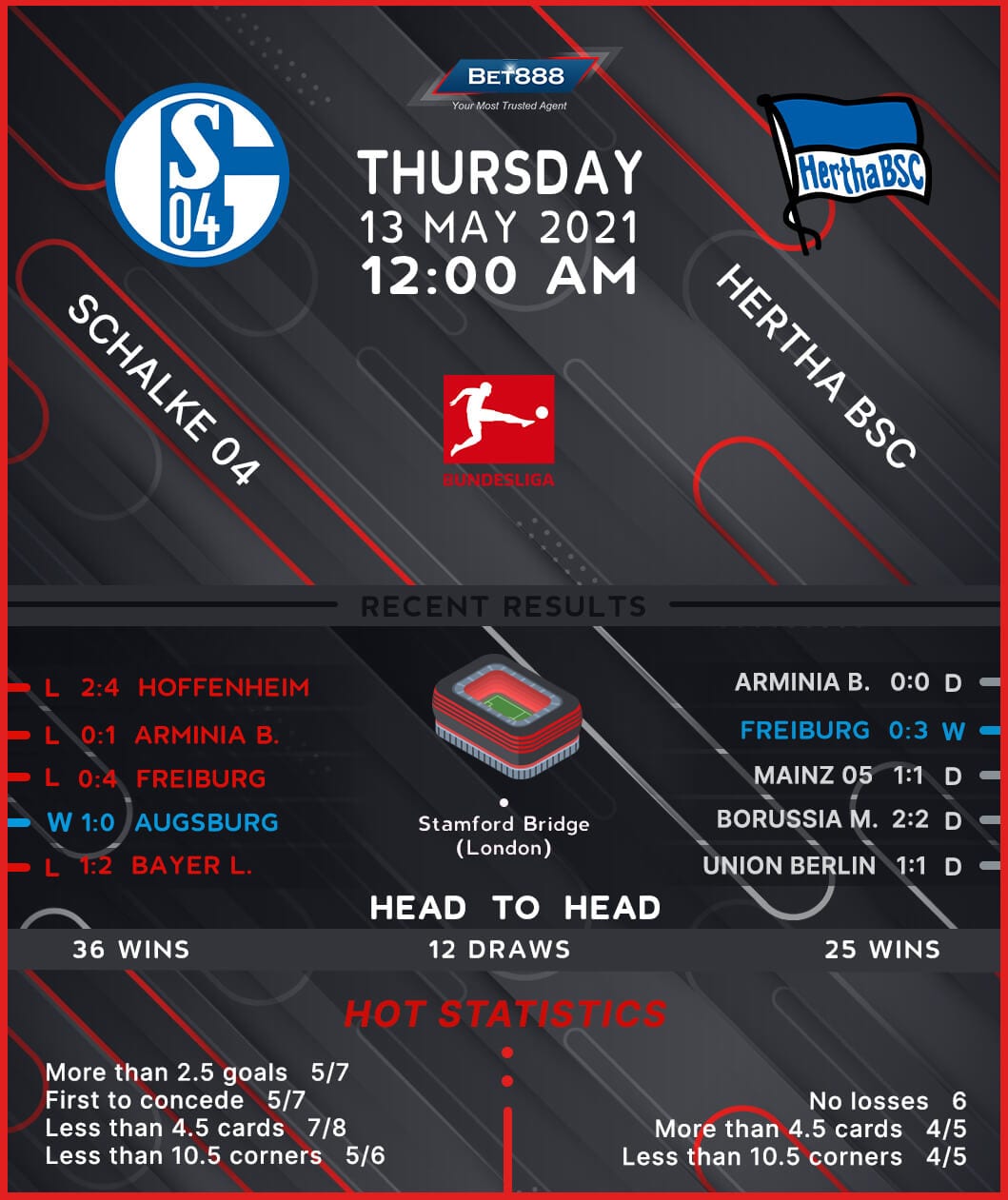