Scotland and the Czech Republic are set to trade tackles at Hampden Park in their Euro 2020 Group D curtain-raiser.

The ‘Tartan Terriers’ have qualified for their 11th major tournament (World Cups and Euros) and their first European Championship finals since 1996 after beating Serbia on a penalty shoot-out in the UEFA Nations League play-off final. Scotland have never managed to make it out of the group stage of any major international competition, having disappointed in their previous two appearances at Euro finals. Scotland’s two victories at the European Championships both came on Matchday 3 when they already lost all chances of reaching the knock-outs. Additionally, they have failed to get on the scoresheet four times in their six matches at the final tournament. On the bright side, though, Steve Clarke’s men have gathered momentum in the build-up to Euro 200, going from back-to-back reverses to five international matches without losing (W2, D3).

Even though it could come as some surprise, the Czech Republic have earned their place at the European Championship tournament for the seventh time in a row, a run they embarked on in 1996. Since making their tournament debut in 1996, the Czech Republic have alternated between progressing to the knock-out phase and group stage elimination in each appearance. The ‘Lions’ have suffered six losses in their last nine games at the Euro finals (W2, D1), with a 2-2 stalemate with Croatia at Euro 2016 being their solitary draw in their previous 19 such contests (W8, L10). Before beating Albania 3-1 in their last warm-up fixture ahead of the tournament, the Czech Republic had gone winless in three straight internationals (D1, L2). Particularly dangerous from set-pieces, Jaroslav Silhavy’s men recorded 54% of their goals scored during the Euro 2020 qualifying campaign from such plays (7/13). 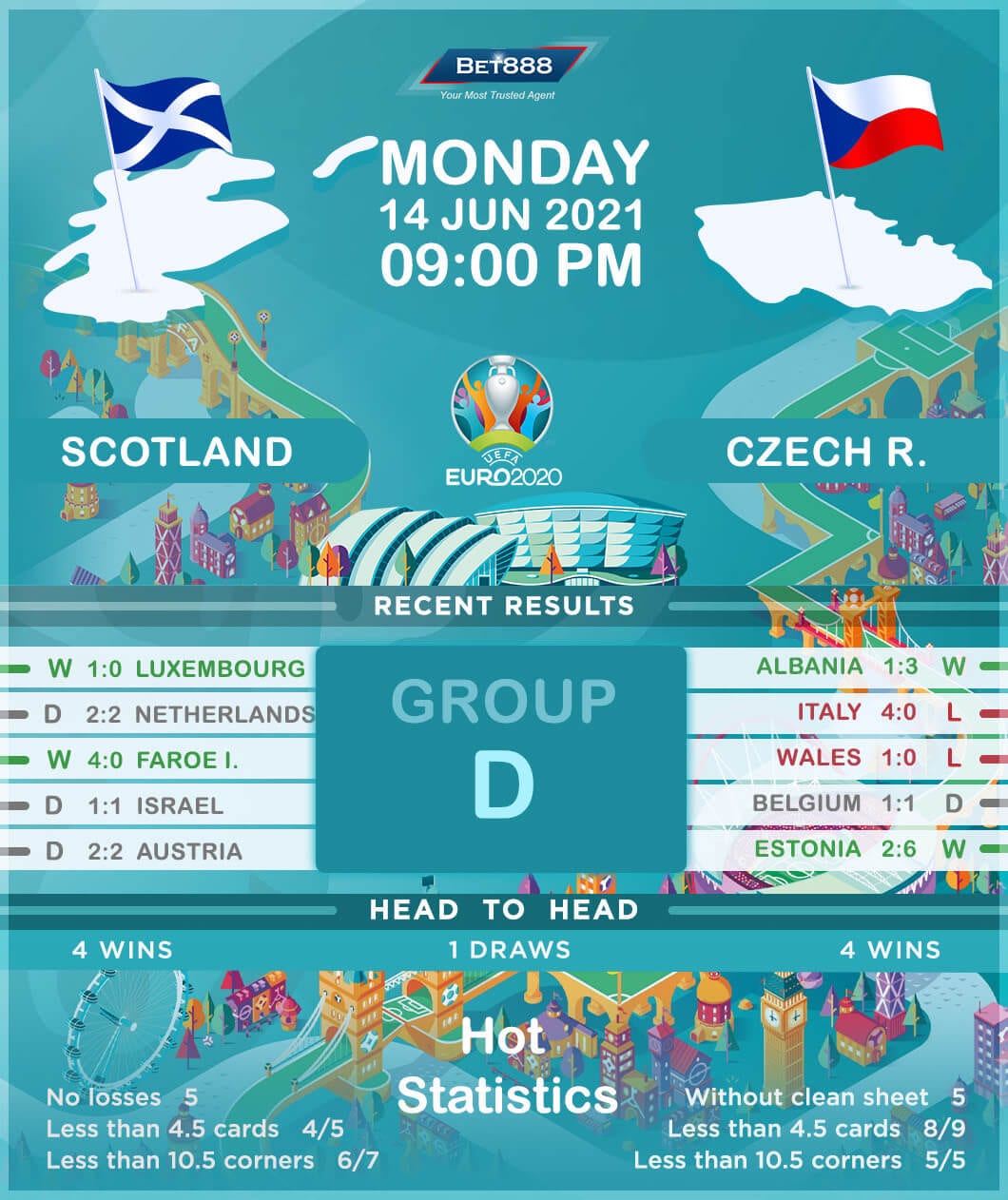