Hampden Park is the venue as Scotland and Poland go head-to-head in an international friendly.

Scotland were supposed to take on Ukraine in the World Cup play-offs, but Russia’s invasion of Ukraine has forced the postponement of the encounter until further notice. In turn, a chunk of the ticket sales will be donated towards UNICEF’s humanitarian endeavors in Ukraine. Scotland head into proceedings in the midst of a purple patch after winning their last six international fixtures by an aggregate score of 10-2. With five of those six triumphs accompanied by a clean sheet, Steve Clarke’s men will be looking to keep things tight at the back. But it could be tough to achieve, given that both of Scotland’s last two international meetings with Poland have yielded the same 2-2 scoreline, highlighting the potential for a high-scoring affair at Hampden Park.

Meanwhile, FIFA’s decision to ban Russia from international football due to the ongoing invasion of Ukraine handed Poland a walkover win in their scrapped World Cup play-off semi-finals tie. Poland’s 2-1 loss to Hungary at home last time out ended a run of three consecutive international victories, as they face the prospect of suffering back-to-back defeats for the first time since November 2020. But playing away from home should ease those fears, with Czeslaw Michniewicz’s side racking up three successive international wins on hostile turf in the build-up to this trip. Although two of those three triumphs featured a winning margin of 3+ goals, both came against European minnows, Andorra and San Marino. Excluding fixtures held on neutral venues, the Poles have found the net in each of their last five international outings away from home. 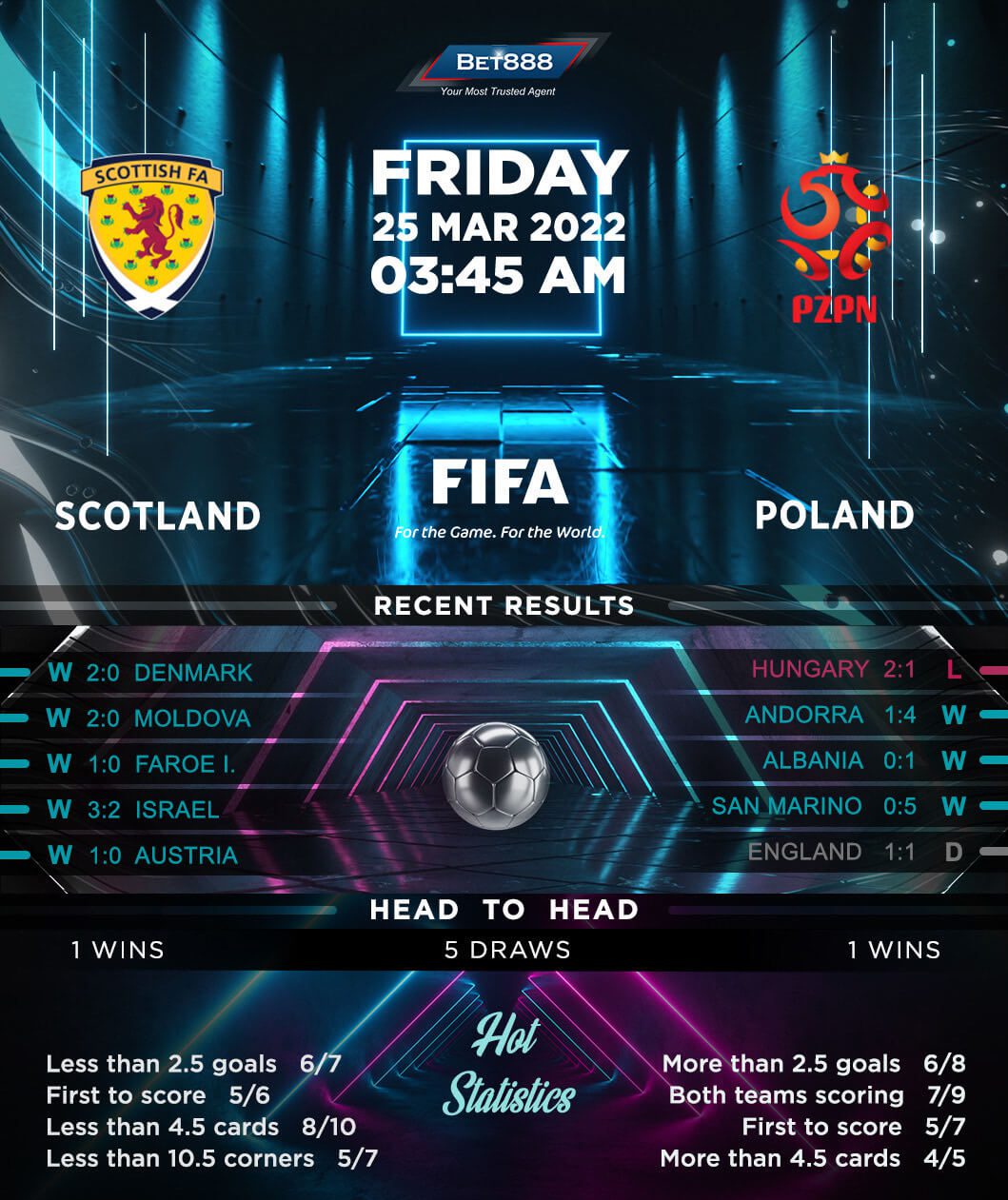