Mid-table Selangor have performed in patches in the opening stage of the new Malaysian Super League season. After drawing their inaugural two top-flight fixtures, none of their last three league outings have ended level (W3, L2). A common denominator? Each match won/lost during that five-game sequence yielded a multi-goal margin, with four seeing the winner score 3+ goals. By contrast, the ‘Red Giants’ have been nothing if not consistent at home, having won all three Malaysian Super League home contests by an aggregate score of 14-2. Delivering action from the offset, Michael Feichtenbeiner’s men have netted 2+ first-half goals in two of their opening three home league games.

As for Sabah, a quick-fire first-half brace handed them a hard-earned 2-1 home triumph over Sri Pahang last time out, extending their winning league streak to three matches. It’s been ‘all or nothing’ for the visitors this season. None of their eight top-flight fixtures have ended as a draw (W6, L2). Yet, 50% of those results (win/loss) have featured a single-goal margin, highlighting the potential for a cagey affair. Though they’ve won three of their four away league contests this term (L1), defensive woes are arising. After winning their first two Malaysian Super League fixtures on the road by an identical 1-0 scoreline, they’ve conceded precisely twice on their last two league travels. 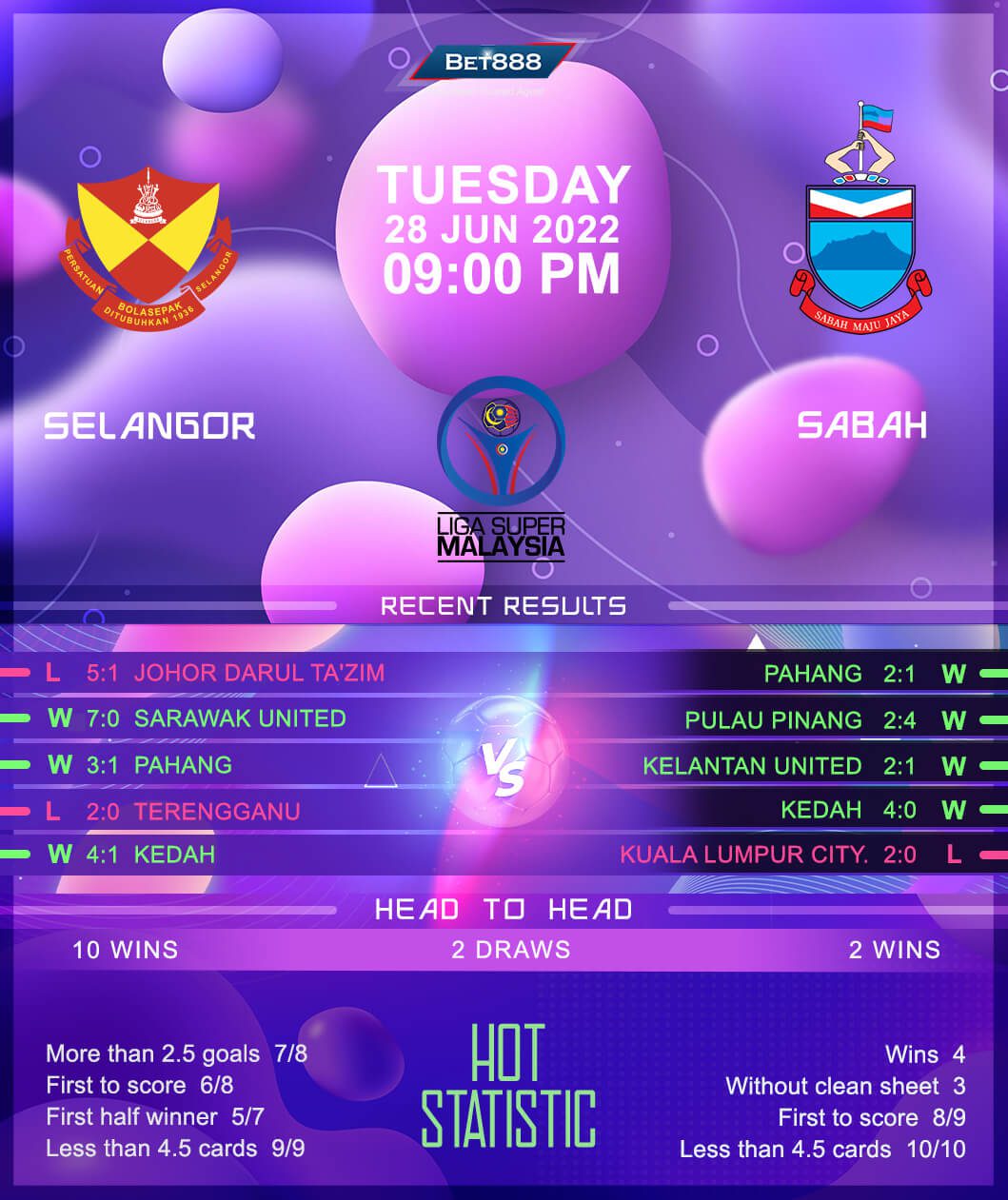