This third Champions League matchday could be considered a decisive one for Group G, with three participants, except for table-toppers Manchester City, heading into the round with the potential of ending it in second. Despite claiming just one point and drawing a blank in their opening two group matches (D1, L1), Sevilla enter this fixture trailing second-placed Dortmund by two points. However, Julen Lopetegui’s men have experienced a faltering start to the season, suffering five defeats across nine competitive outings (W1, D3), including a 2-0 home loss to fellow La Liga strugglers Atletico Madrid at the weekend. So Sevilla’s hopes of making out of the Champions League group stages for the second time in three years are running thin, especially as they’ve won just one of their previous four European clashes against Dortmund (D2, L1).

Meanwhile, Borussia Dortmund spurned a 1-0 half-time lead in a disappointing 3-2 Bundesliga defeat at Cologne over the weekend, making it three losses from four competitive games (W1). Keen to avoid back-to-back group eliminations, ‘Die Roten Bullen’ slayed Group G minnows Copenhagen 3-0 on day one but then lost 2-1 at Manchester City on matchday two. Still in firm control of their fate, Edin Terzic’s men take a trip to Andalusia desperately looking to defy their sub-par 11-match form away to Spanish clubs in European football (W1, D3, L7). Dortmund’s free-scoring form in the Champions League should come in handy, with the Germans finding the net in all but one of their last 18 outings in the competition at an average of 1.83 per game. But since they’ve lost their last three competitive away contests by an aggregate score of 8-3, their confidence might be a bit rocked. 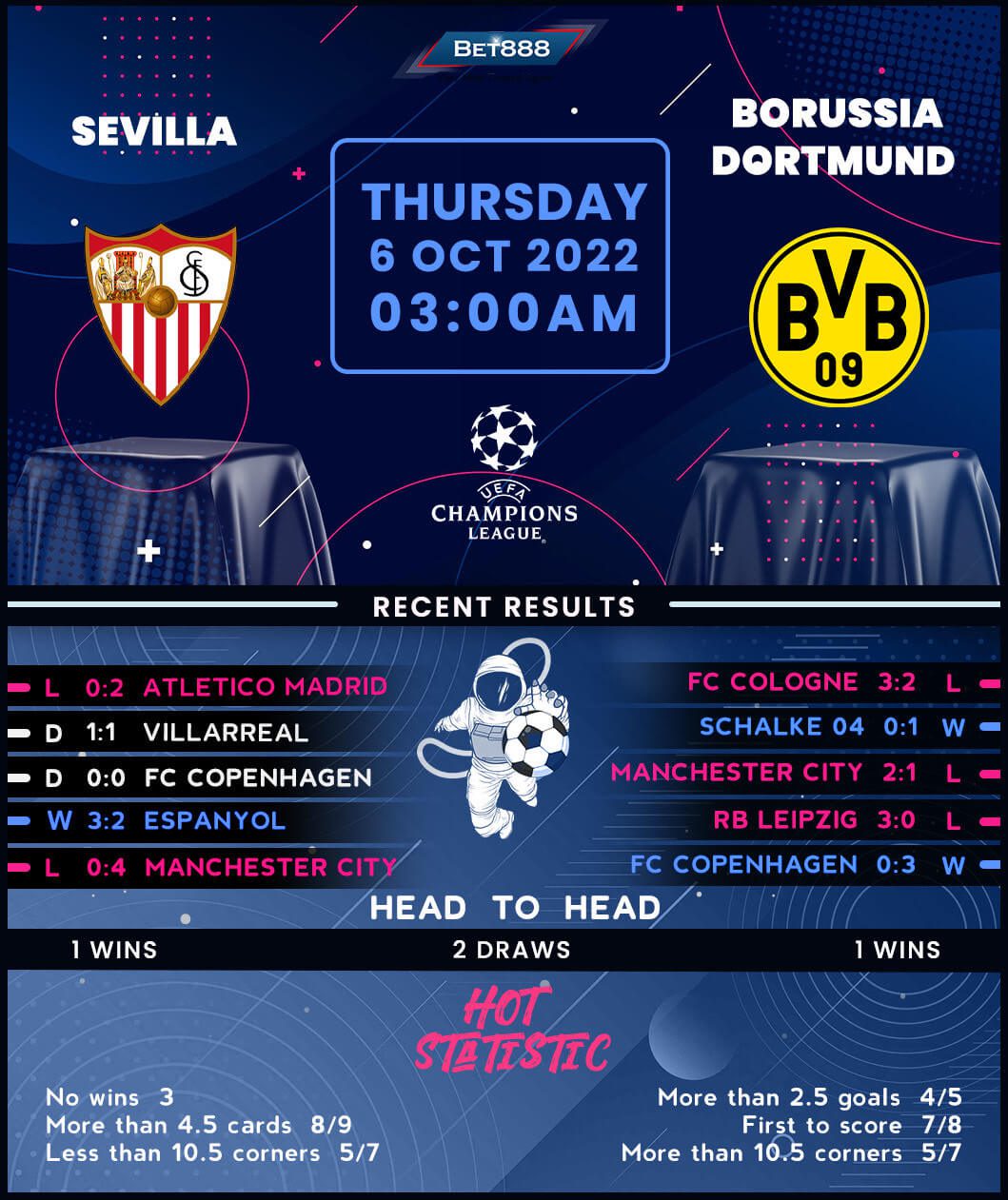